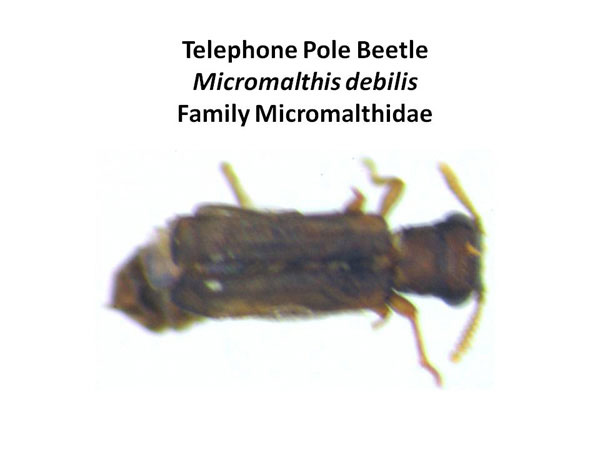 The larvae of these tiny beetles feed within decaying wood, occasionally attacking pilings and other structural lumber that is in damp and poor condition. Their life cycle is quite unusual, with almost all of the individuals found in wood females, either in the larval stage, the adult beetle stage, or as an adult “larviform” female that never changes to the beetle appearance. These females may give birth to living larvae themselves.

These are extremely tiny beetles, only about 1-2 mm long. They have soft wing covers that are elongate and with parallel sides, and are short, leaving the last few abdominal segments exposed from above. The prothorax is much narrower than the front of the wing covers and tapers slightly wider toward the front. The head is short but wider than the thorax and the antennae are medium length but with noticeably large segments that widen toward the end.

They may be discouraged by eliminating the excessive moisture condition. Their presence in wood may indicate that the wood is no longer structurally sound and may need to be replaced.