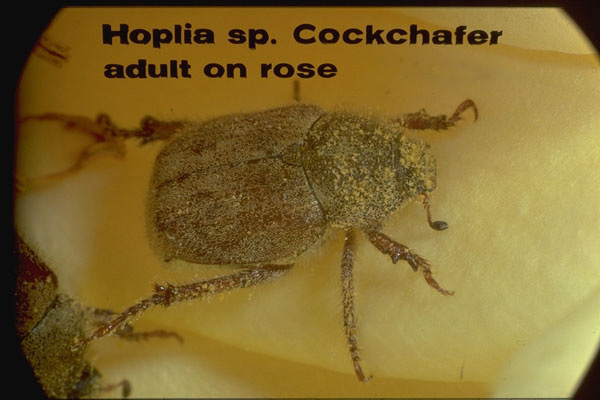 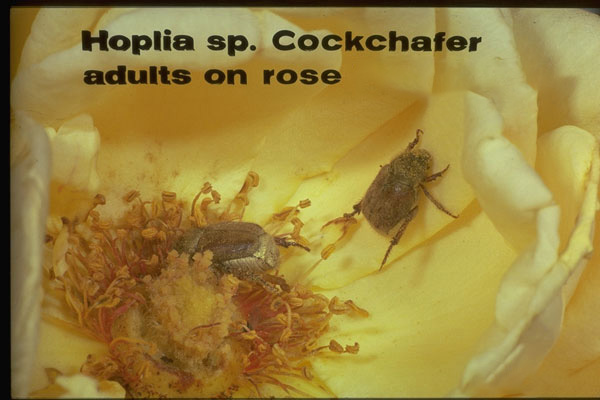 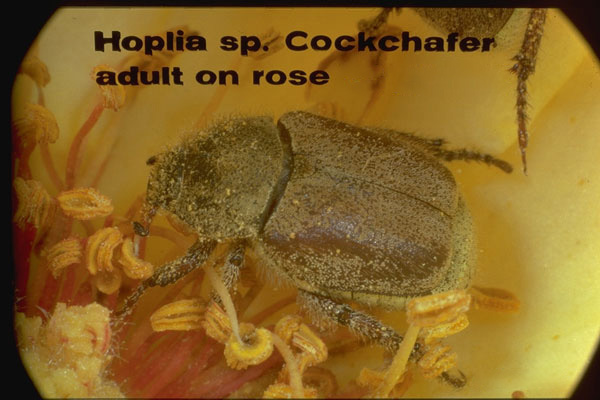 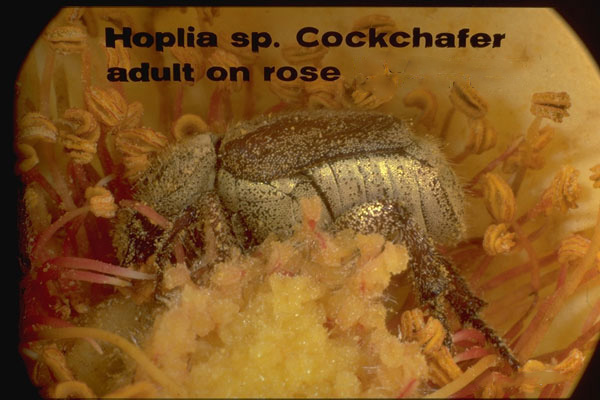 This species is the complement to the Rose Chafer of the eastern U.S., occurring in western North America from British Columbia south to Baja California and east to Utah and New Mexico. The adults feed on flowers of several plants but most often on roses, particularly on white or yellow flowered varieties.

Adult beetles are about 3/8 inch long and are a dark tan to reddish brown color on the wings and with darker striping present, and with the head and thorax darker in color. The prothorax may have a slightly metallic tint to it.

Control will be aimed primarily at the adult beetles using contact insecticides applied when the beetles are present on ornamental plants. Spraying can be ineffective if it does not contact the beetles that may be hidden within the petals of the flowers. Small numbers of the adults are easily removed from plants by hand and killed and disposed of.