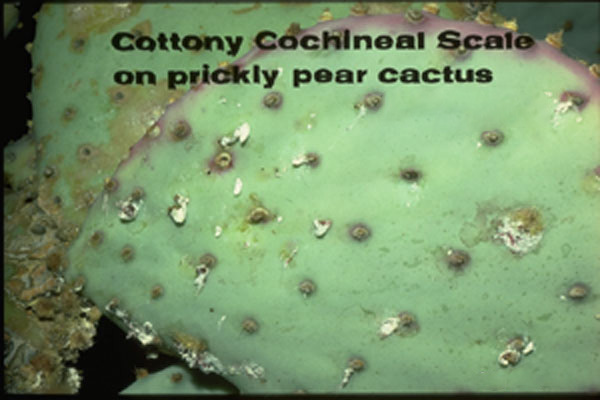 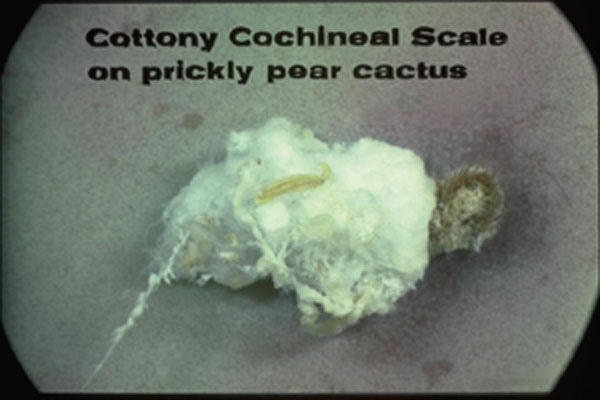 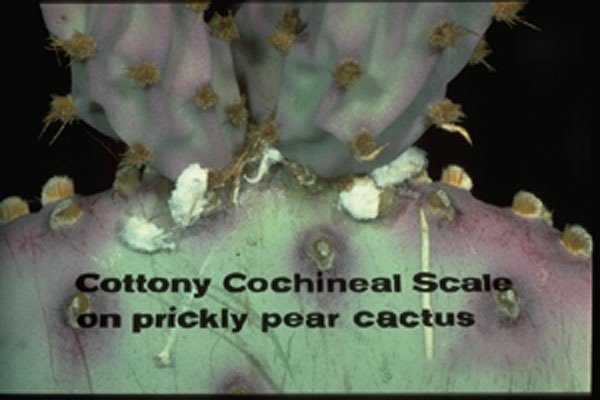 Native to Latin America and the southwest United States. Where the host cacti have been introduced to other countries the scale is now present as well, such as Spain and Australia.

The scale infests cacti in the genus Opuntia, and can be seen as cottony white masses on the flat pads of the cactus. When smashed they emit a purple or reddish fluid which traditionally was used by native Americans for making red dyes. The female produces living nymphs which move to new feeding locations on the plant and begin to exude their white wax filaments. While still in the nymph stage the insects may allow the wind to carry them to other plants, where eventually they settle into a feeding position and complete their development. The dye, still harvested for commercial uses, is referred to variously as Cochineal extract, Carmine, Crimson Lake, or Natural Red 4.

Found only on Opuntia cactus the scale is noticeable as a reddish insect covered with long white wax filaments.

Rarely needs control. If necessary a light summer oil should effectively suffocate the insects present at that time.