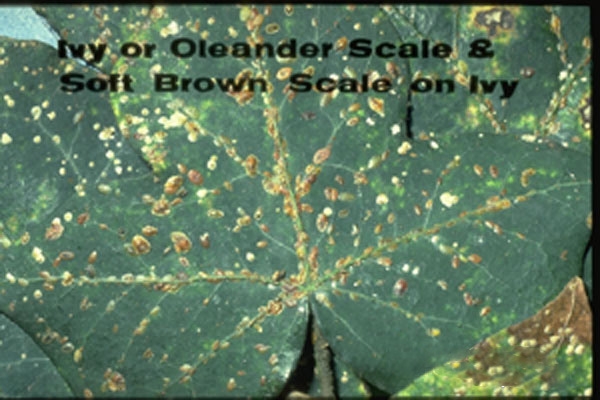 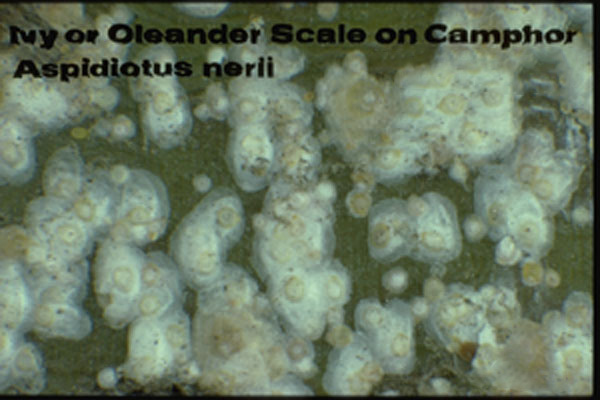 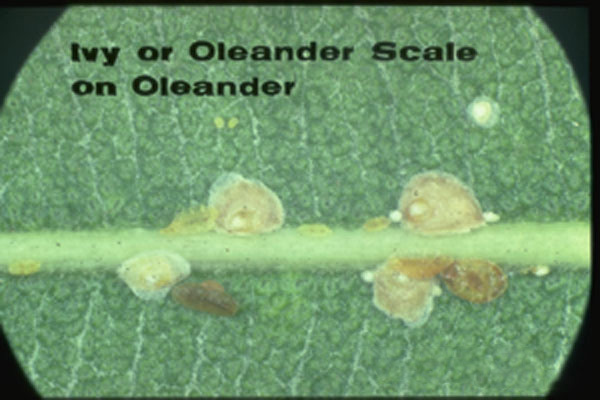 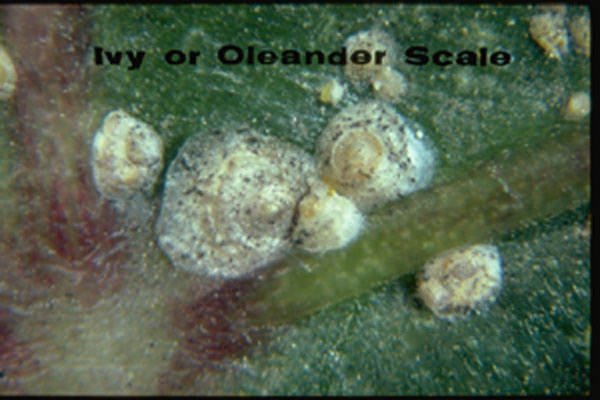 Native to the deserts of southern California, but now found worldwide in warm or arid environments where imported plants have brought the insect to that region. Present throughout the U.S. and in Hawaii.

Despite its common name this scale insect feeds on many varieties of plants, including oleander, olive, ivy, camphor, palms, stonefruits, pear, and others. This species has a very rapid life cycle, completing it from egg to a new mature egg-laying adult in just over one month. Several generations are possible each year, with females averaging 90 eggs that are deposited beneath their wax cover. The mobile crawlers emerge and move about on the plant for a few hours to a few days, finally inserting their mouthparts into plant tissue and remaining there for the remainder of their lives. They begin to secrete a wax cover, also incorporating shed skins into the cover, which show as a white tip at the center of the flat, round, yellowish wax cover.

The adult female scales are quite flat and round or irregular in shape. They are yellowish in color with a white tip at the center due to the molted skins of the nymphs as they developed.

For ornamentals dormant or summer oils may be effective in killing the scales, as well as contact insecticides applied when the first instar crawlers are present. An IGR applied when crawlers are present also may be effective. A systemic applied to the soil can also provide effectiveness in killing the feeding scales. For food-bearing trees a registered insecticide needs to be used as a topical treatment. Many natural predators and parasites feed on this scale, and normally keep its populations low enough not to warrant chemical applications.