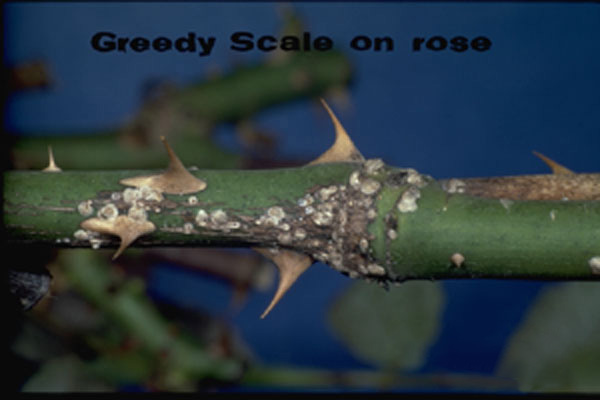 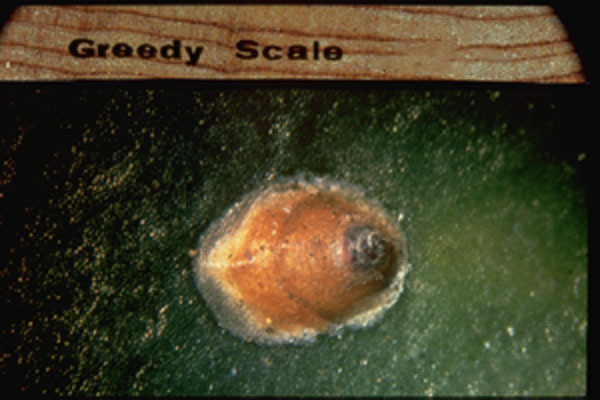 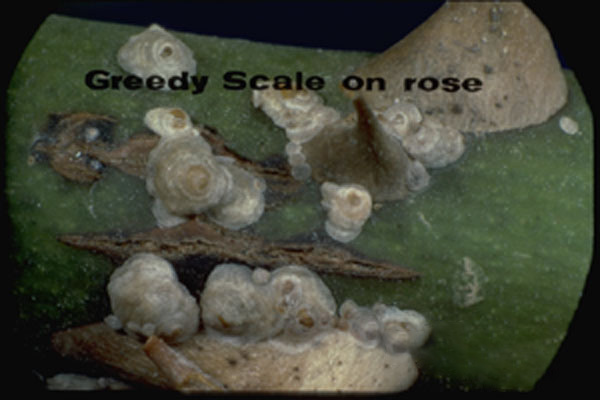 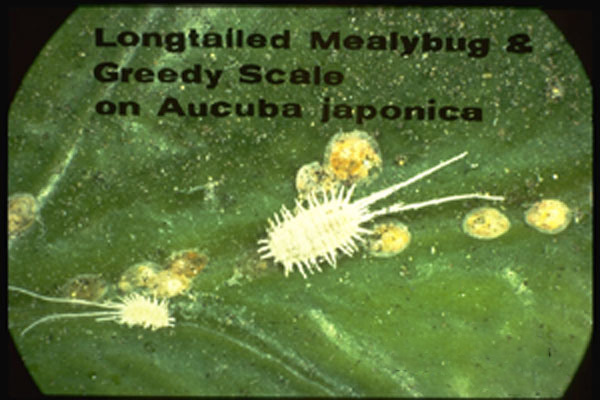 Believed to be native to Europe, although it was originally described from specimens found in North America. It is now found in all temperate and tropical regions of the world.

The Greedy Scale infests a wide variety of ornamental and food bearing plants. In California it is a serious pest on olive trees, where it feeds on stems, leaves, and developing olives. It is also found on acacia, apple, citrus, palms, Ficus, guava, peach, rose, and many other plants. The crawler stage does not feed, but wanders to soft foliage and within a few hours or a few days becomes sessile and begins creating a wax shell. As they molt the previous skin (called the exuvium) is pressed into the growing wax shell, forming a characteristic dot at the center. There may be several generations each year, with all stages present at any one time. The major population growth is during the warm months.

Closely related to the Latania scale, but differs by the brown exuvium compared with the yellow exuvium of the Latania scale. Also similar to the soft scales Olive Scale and Oleander Scale, but can be distinguished by the more conical shape to the wax shell, with a single dark spot off-center on top. If the wax shell is removed the scale insect itself is yellow.