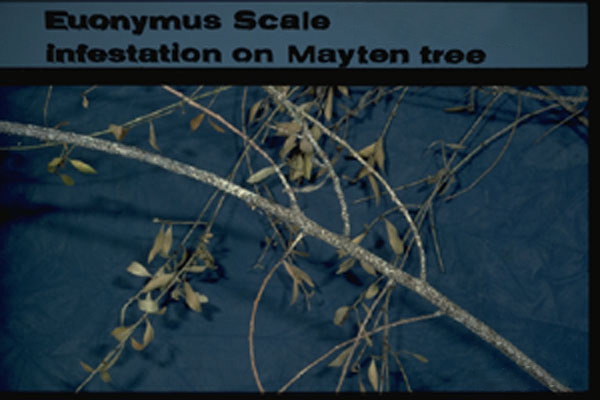 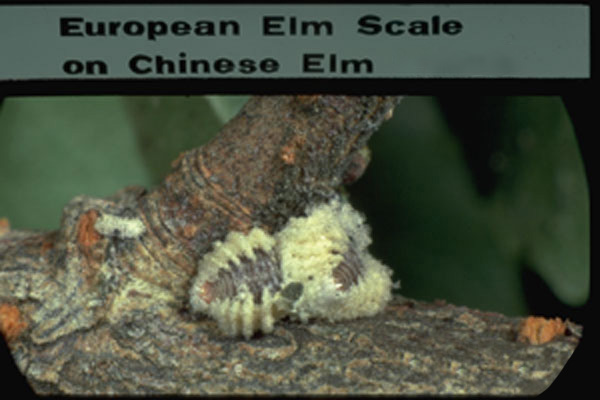 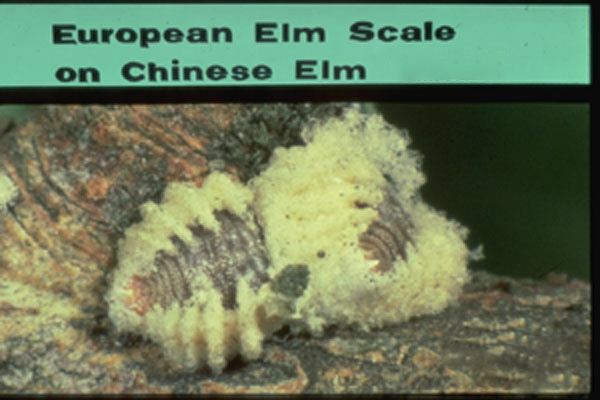 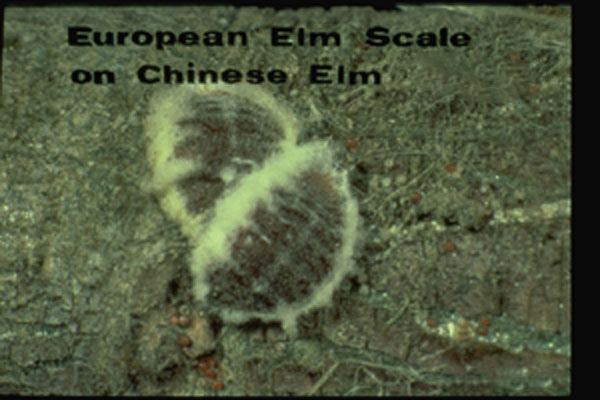 Native to Europe but introduced to North America, where it is found throughout the continent where elm trees are grown.

There is one generation per year, with immature stages overwintering. These develop to the mature female in early spring, which begins depositing eggs under her wax shell. Crawlers appear in late spring and migrate to the undersides of leaves, feeding there throughout the summer. In late summer they migrate back to the stems to molt to the next instar, becoming sessile and settling in near the forks of twigs. Heavy infestations can cause dieback of terminal twigs on elm trees, mimicking the damage of Dutch Elm Disease. Other than this slight dying back of terminal growth the primary concern with this scale is the honeydew production and sooty mold.

Mature females are about 10 mm long with an oval shape to their somewhat flattened wax shell, a dark grayish brown color, and with white waxy extrusions forming a fringe around each side of the shell. The crawlers are yellow to bright orange.