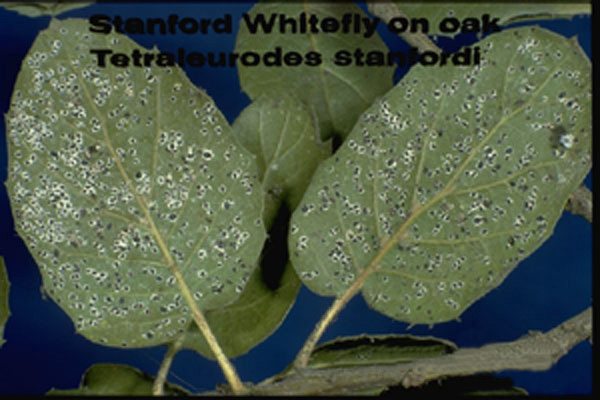 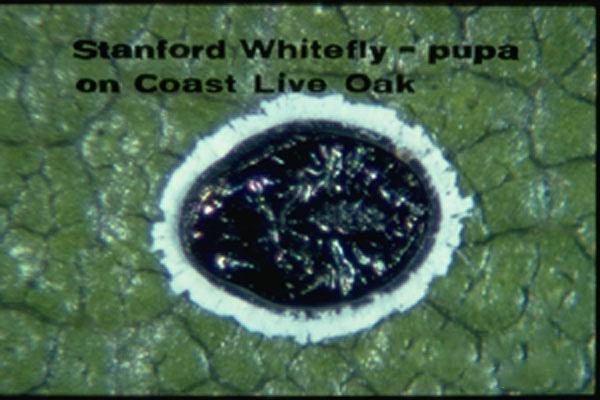 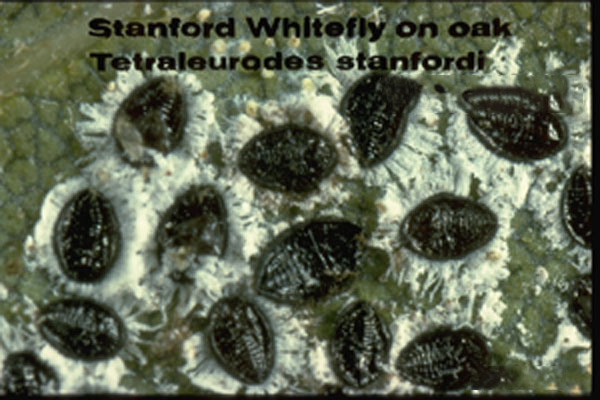 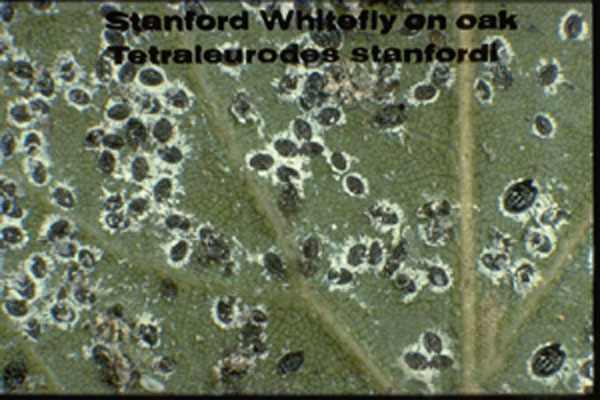 Native to the western U.S. and Mexico.

A pest of the western U.S., where it is found on several species of native oaks as well as tanoak, coffee berry, and chinquapin. Heavy infestations can nearly cover the lower surfaces of the leaves, leading to heavy production of honeydew. Typical whitefly life cycle of eggs laid over the surface of the leaf hatching to the mobile first instar nymph. As this moves to the second instar the legs are lost and the insect becomes sessile, feeding in one place through the next nymph stages and the pupa.

Another species of whitefly best identified by its pupa stage, which has an oval, black body surrounded by a fringe of long white wax filaments, which are less than one quarter the width of the body. The top of the pupa’s body is smooth, and does not have long spines that some other species do. The adult insect is tiny, powdery white, and resembles a tiny moth with the wings folded slightly roof-like over the abdomen while at rest.