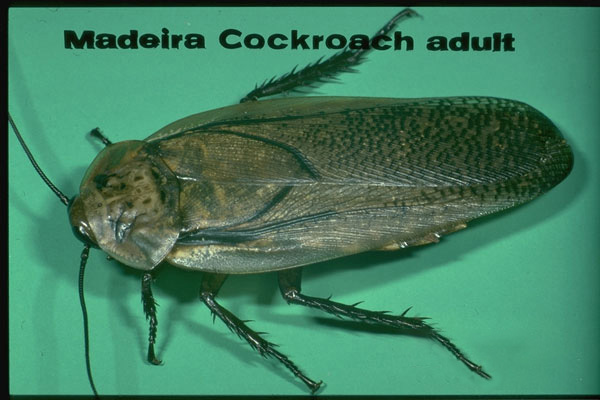 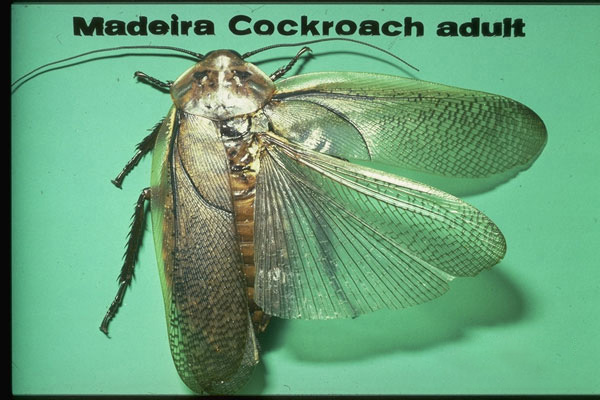 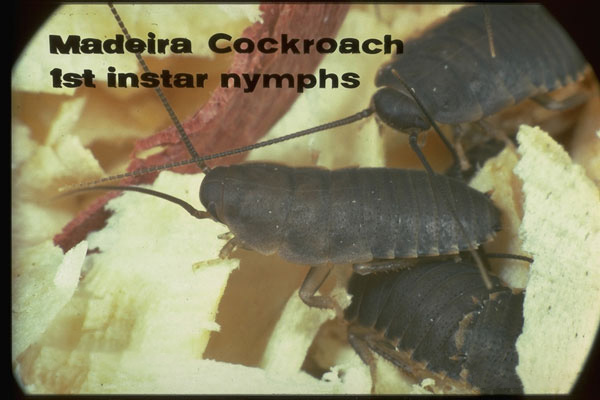 This is a tropical species that requires high temperatures and high humidity, but it has adapted to similar conditions that it has found within buildings. Food preferences are fruit such as bananas, and as a long-lived roach species the Madeira roach is often reared in laboratories and used in animal studies. The adults are slow in their walking movements, but are able to fly rapidly. When disturbed they immediately give off a foul odor.

The adults may be 2 inches long, and are larger than our largest common domestic species of roaches. They are a pale brown or dark tan color, and the wings are covered with darker spots or markings. There are also 2 dark brown lines near the base of the forewings. The nymphs also are a pale brown color, and they have sharp spines along the sides of their abdomen.