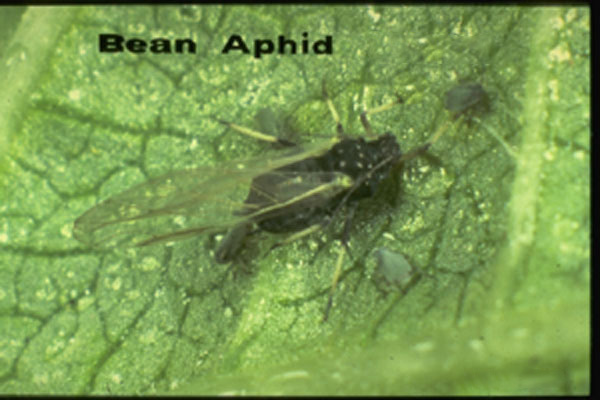 Possibly a native of North America.

A serious pest of many agricultural crops, including beans, corn, and sugar beets, as well as a pest on numerous ornamental plants and shrubs. Populations can explode on a plant, resulting in leaf distortion, heavy production of honeydew, and potentially transmission of an injurious plant virus. Over-wintering usually occurs on ornamental shrubs such as Euonymus, with eggs hatching to a wingless generation in the spring. Females reproduce asexually for several generations, and in early summer winged forms are produced which migrate to other plants and to crops. In the fall winged males and females are produced, mating occurs, and eggs are again deposited onto plants for the winter.

Winter applications of dormant oils will kill eggs on the plants that serve as over-winter resources. A soil applied systemic insecticide can be very effective in killing the feeding aphids in the spring, or foliar applications made to infested ornamental plants during spring months.