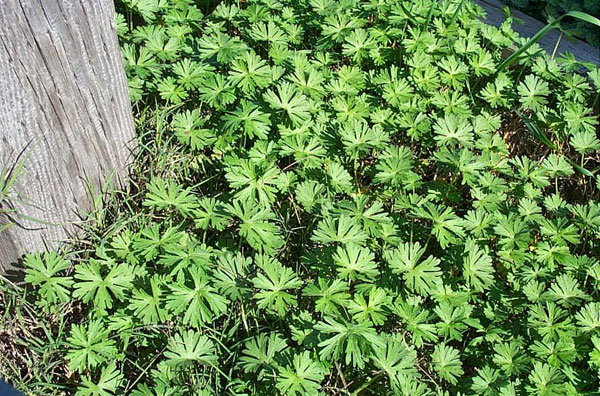 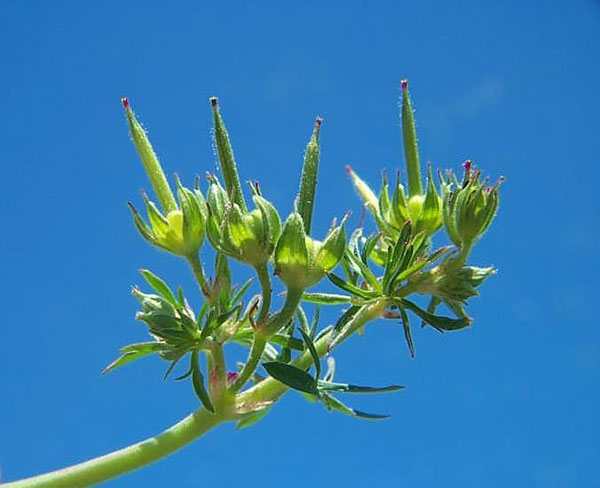 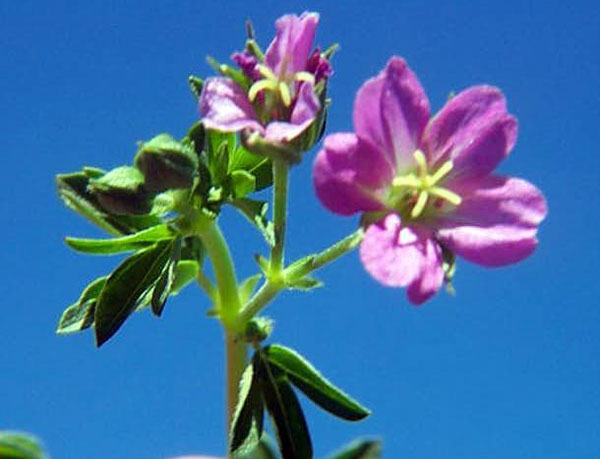 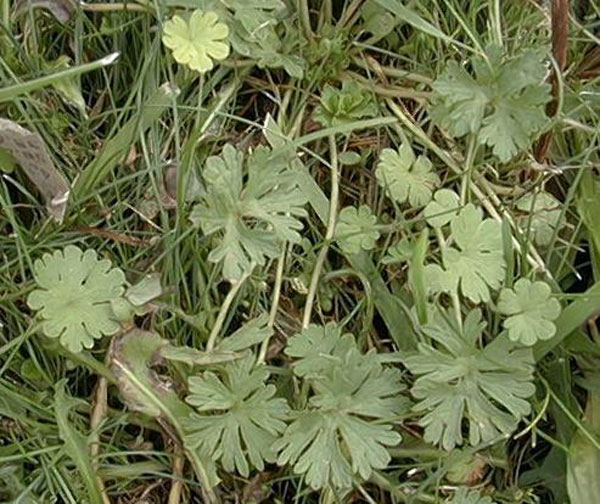 Usually an annual broadleaf, occasionally a biennial. Found in most soil situations – roadsides, ditchbanks, turf and landscape, waste areas, and in crops. Seeds germinate early to late spring and plants mature from summer to fall.

Mature plant may be over 2 feet tall and with many branches coming out of a central point. Most often stems spread on the ground and curve upward. Leaves are oval or circular, but deeply lobed, and each lobe is again toothed or lobed. Flowers are generally in pairs on short stalks, with tiny pink petals. The fruit arises from the center of the flower as a short, thin extension with 5 seeds at its base.

Physical removal of individual plants is possible if performed prior to production of flowers and seed heads. A dense stand of healthy turf also will act as a deterrent.