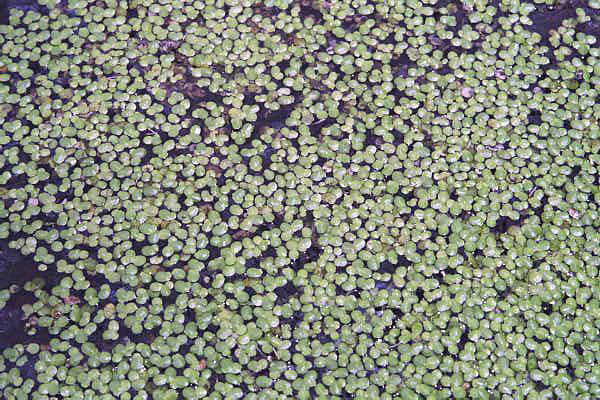 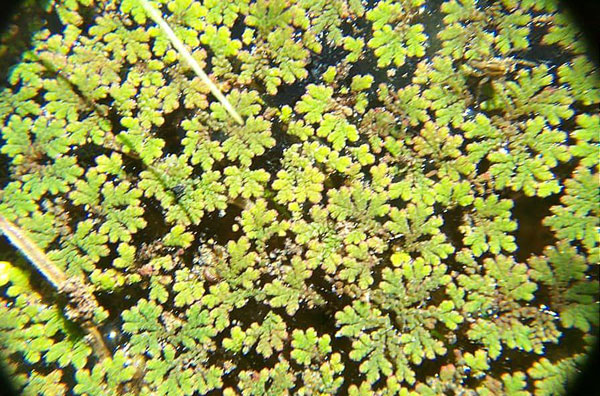 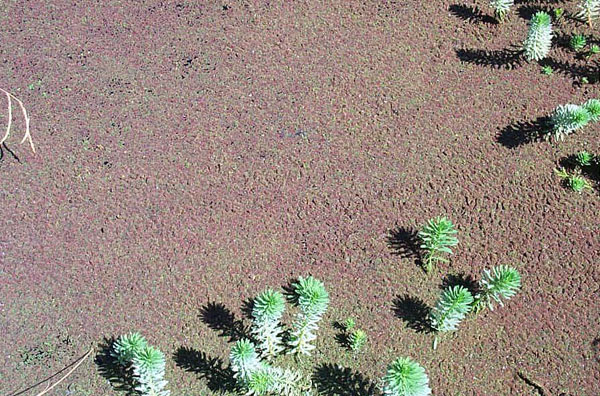 Many species in several different genera – most are native to the U.S., while some species are introduced.

Some of the tiniest flowering plants, these are aquatic, usually in quiet freshwater habitats. Either floating weeds or submersed. While an overabundance of growth is a problem in recreational or ornamental aquatic sites, duckweed is an important cleanser of water environments, as it removes contaminants. It also serves as a food source for fish and waterfowl. Reproduction from seeds or vegetatively. Leaves are referred to as “fronds”, and these contain buds that produce more fronds that eventually separate from the parent plant.

Tiny floating plants with dark green leaves, either round or oval shaped, often with distinctive lobes and notched margins. The smallest species have leaves only about 1/3 millimeter in diameter, while larger species of duckweed may have leaves about 6 millimeters across.

Duckweed species are monocots – thus they are not broadleaf plants and are not controlled well by broadleaf herbicides. Duckweed can quickly re-establish itself, after chemical or physical removal, by the rapid growth of only a few missed fronds. In addition, seeds sink to the bottom of the pond when they are produced, and these will germinate when conditions are again optimal for growth. High nitrogen and phosphate levels in water strongly encourage duckweed growth – irrigation runoff may create this condition, along with the natural decay of organic matter in the substrate, a condition called “eutrophication”.