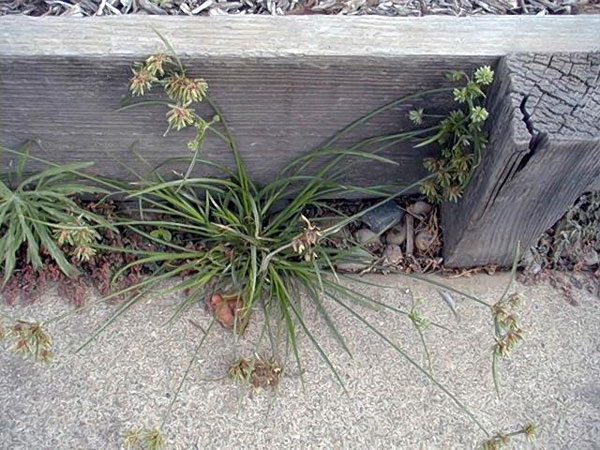 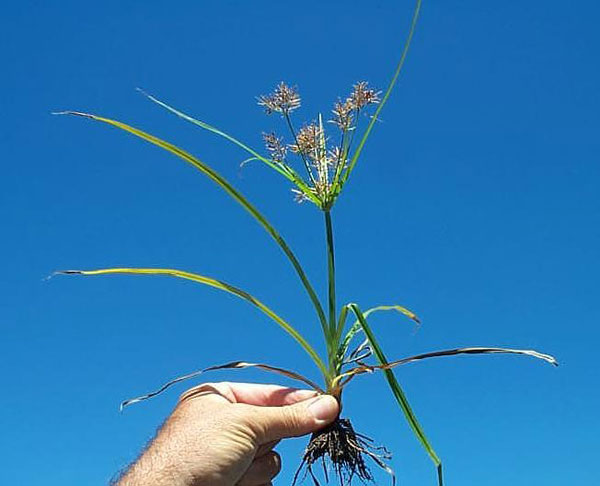 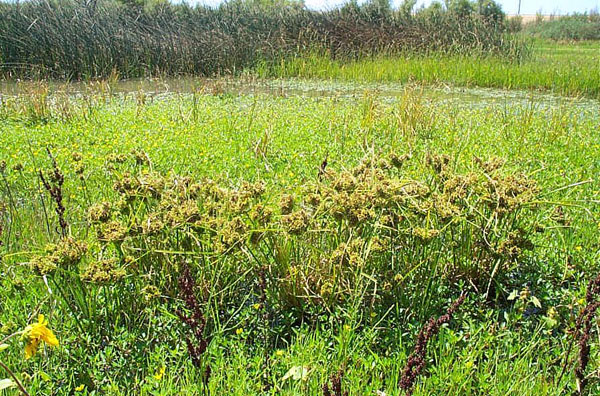 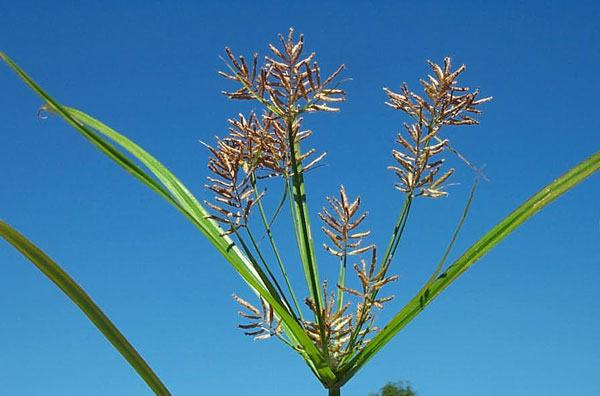 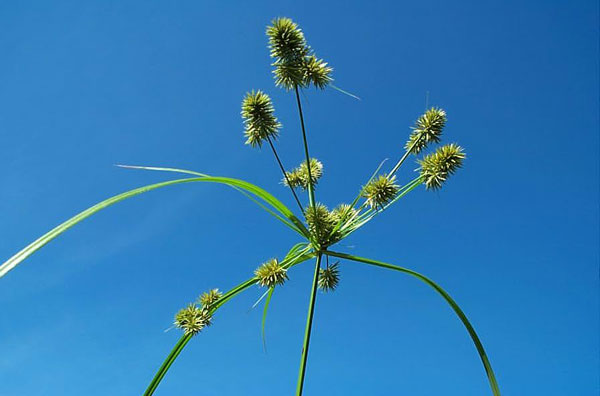 Native to the Old World, but now spread throughout the world, including all of the United States, much of Canada, and south through the tropical areas of South America. It is one of the most important weed pests in the U.S. and much of the rest of the world.

A perennial weed that reproduces by seeds, but also commonly by tubers that form at the ends of rhizomes. Plants also can spread by these rhizomes, but each plant is capable of producing many hundreds of tubers, making it the principal form of reproduction. Foliage remains green year-round, and leaves closely resemble grasses. This is an extremely common pest of turf, and in turf its own leaves grow far more quickly than the turf blades, creating a messy, spiky, uneven appearance to the lawn. While yellow nut-sedge will grow on most soil habitats it prefers damp to poorly drained sites, especially on sandy soils.

Mature plants grow to 3 feet high, with the stiff central stem terminating in the flower head. In cross section the stem is triangular. Leaves are produced from the base in a group of 3 leaves that are yellow-green in color and as long as the stem, and slightly folded to form a distinct central keel. The flower heads are variable in their size and the length of the stems of the spikelets. The flower head is divided into several clusters, each on a long, slender stem, and these clusters are open groups of the elongate flowers. Flowers are yellowish to golden brown.

Perennial plant that reproduces mainly by the abundant production of underground tubers, or nutlets. While its appearance is that of a grass it biologically is a broadleaf plant, and any chemical control measures must take this into consideration.