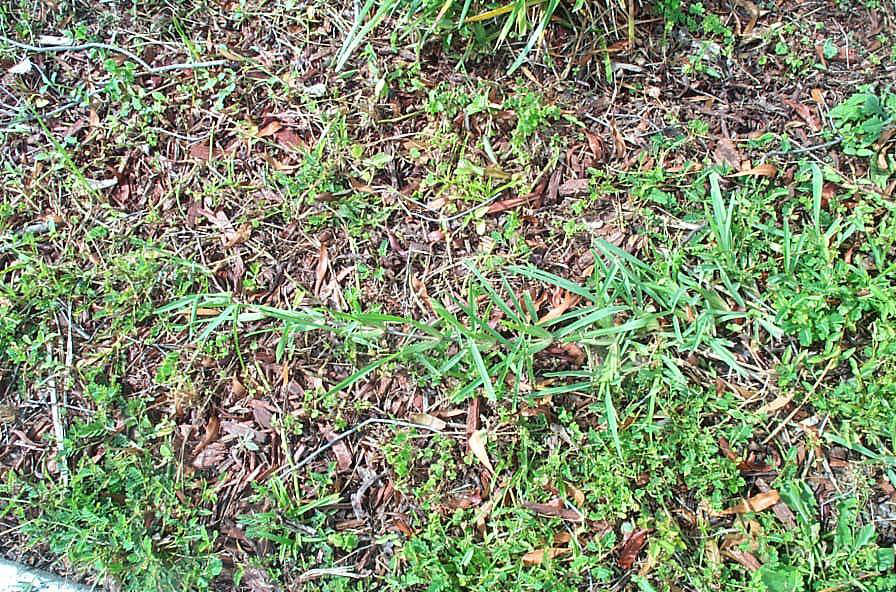 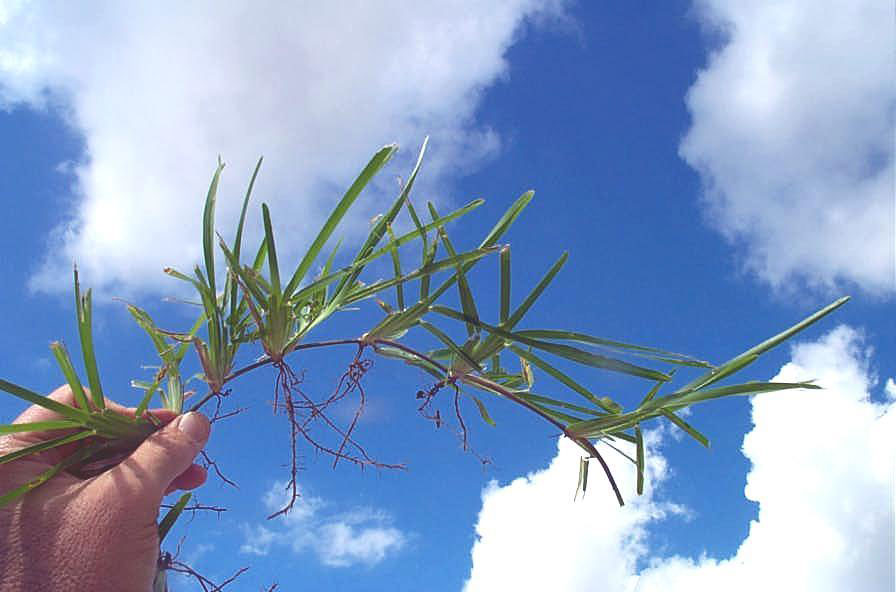 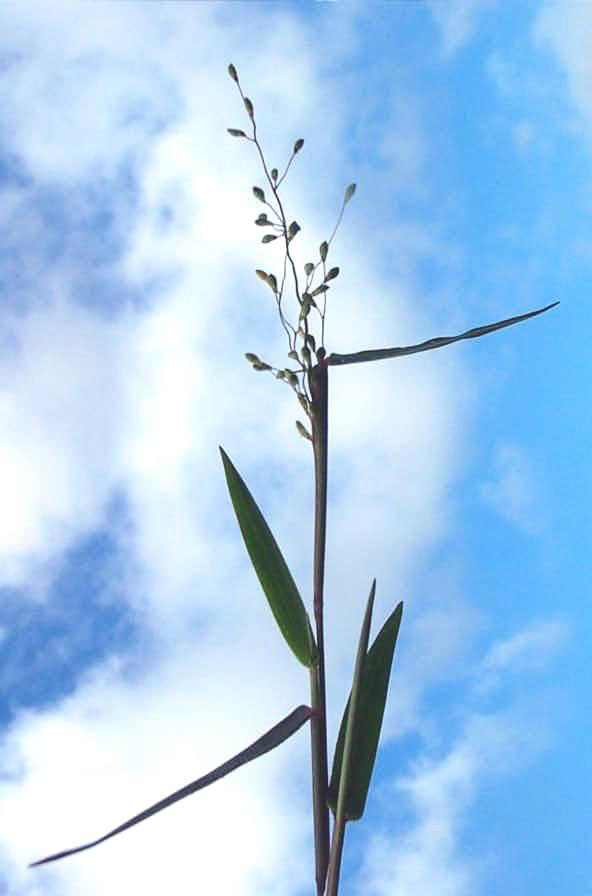 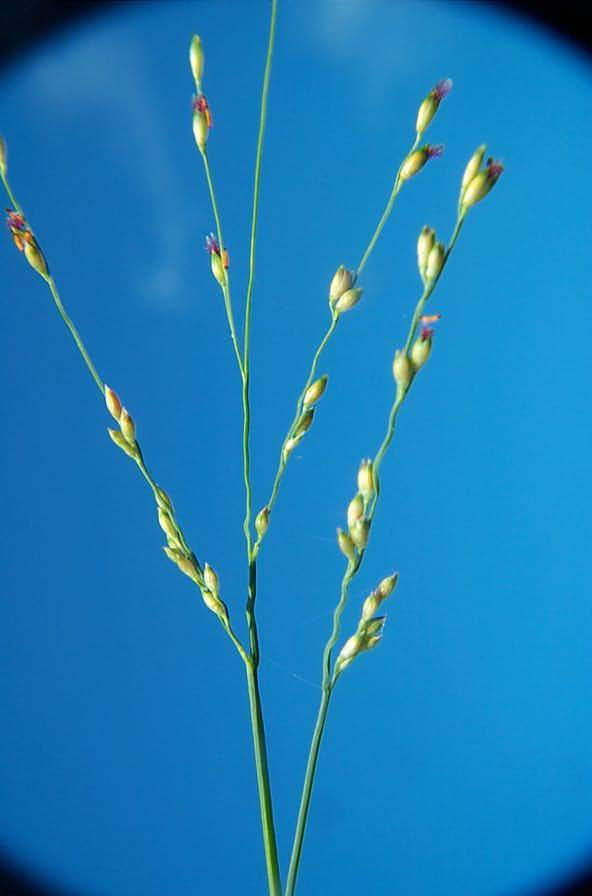 Thought to have originated in Europe, but now found on most continents and in the U.S. from the Carolinas along the Gulf states to Texas.

A perennial weed which spreads by its sharply pointed rhizomes, forming thick, widespread mats on the soil. Propagation is primarily due to rhizomes, but some from seeds as well.

Plants have stiff, erect stems which generally are no more than about 2 feet high, ending with the branched seed heads. Leaves are either flat or somewhat folded, and the upper surface is hairy. A membranous ligule is present which has a row of hairs on its upper margin. Seed heads branch freely, and small, oval spikelets form along the stems. The spikelets are very light colored and are on short stalks.

Plants are spread easily by movement of contaminated soil. Control with the use of a non-selective systemic post-emergent may be needed.