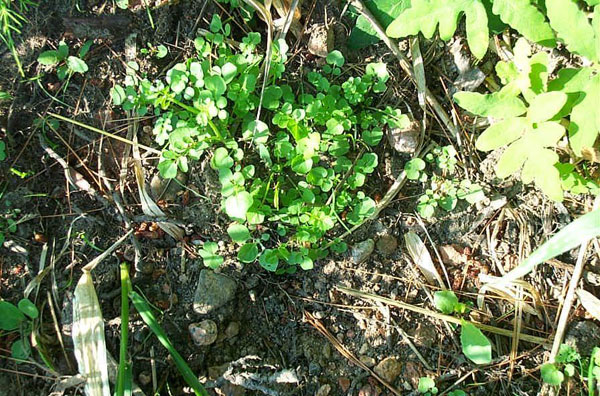 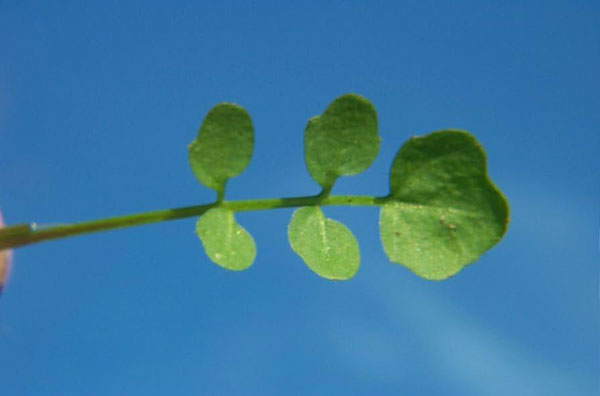 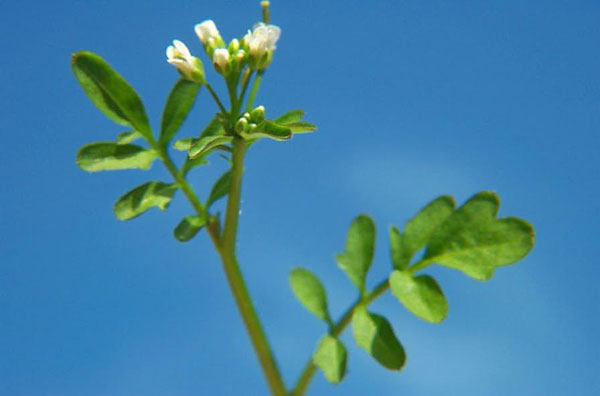 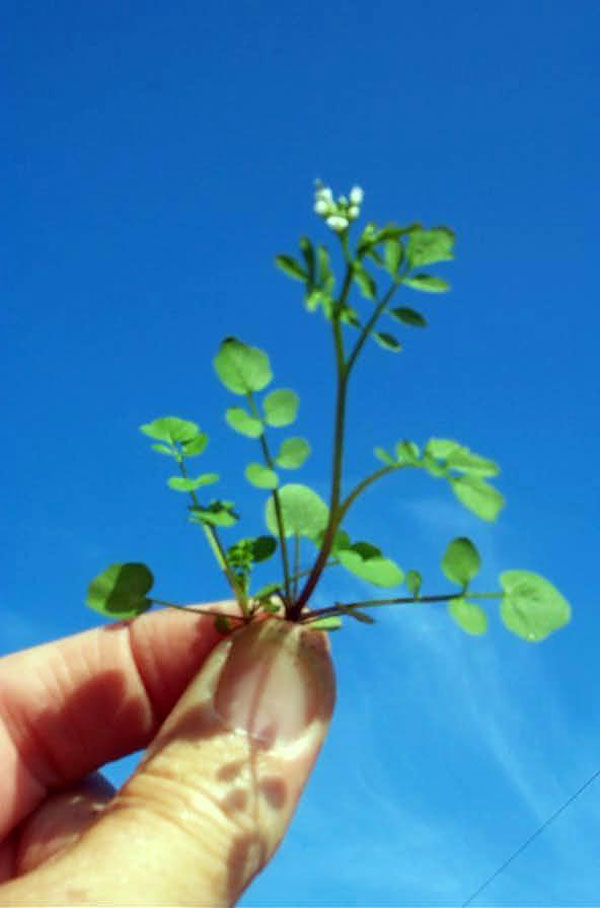 Native to North America, and found most commonly in the western states, east to Montana and Colorado, but occurring sporadically in the north central to northeast states as well. Found also in western Canada north to Alaska.

A cool weather or cool habitat annual weed, sometimes a biennial in warmer climates, that reproduces from seeds. Like most bittercress species seeds are propelled explosively from the pods when they ripen, and several generations of plants may occur in a single year. Plants are found in most habitats where there is cool, shaded soil.

Mature plants are small and low-growing, with numerous branching stems that grow in a semi-erect or lateral habit, giving the plant a wide, spreading look, with growth as tall as 1 foot. Leaves are elongate and divided into as many as 5 pairs of opposing leaflets. The leaflets are round and on a short stalk attached to the mid-vein, and the terminal leaflet is single at the end of the leaf. The white flowers are tiny and fairly inconspicuous, occurring in clusters that arise from the end of the stem on short stalks. These give rise to the long, narrow seed pods.

Plants may easily be removed by hand where infestations are small, being done best prior to seed maturation. A contact or systemic herbicide will effectively kill the plants, and a pre-emergent may be needed to prevent seed germination. Plants produce abundant seeds that may be propelled several feet from the parent plant.