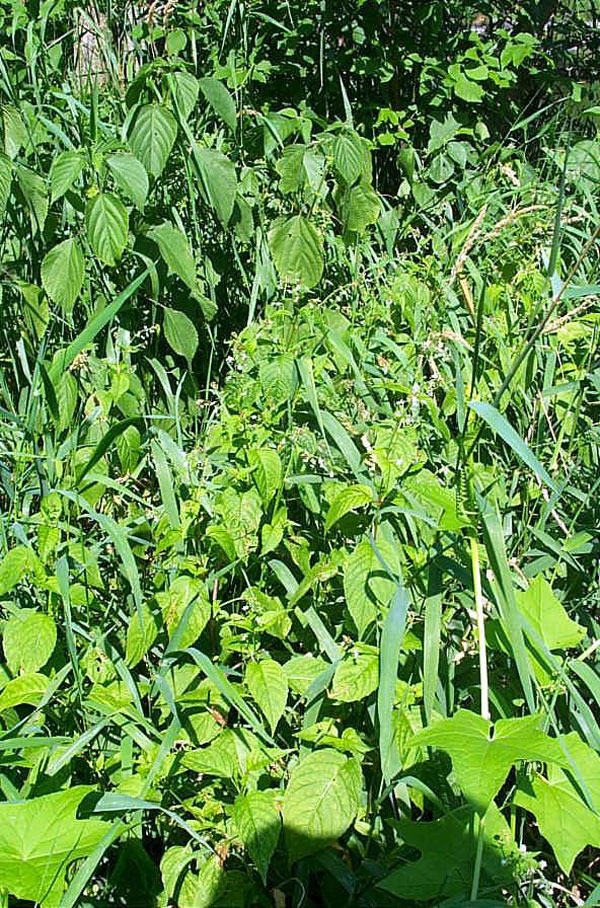 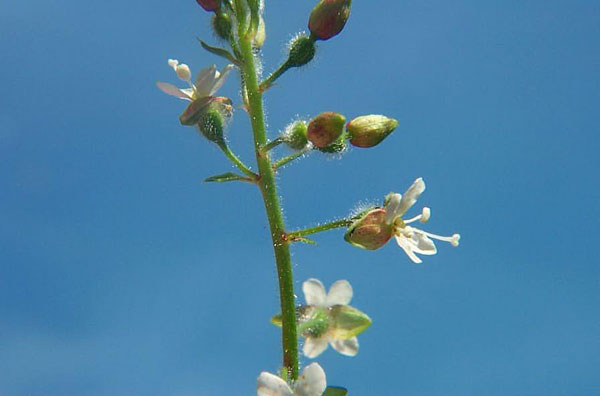 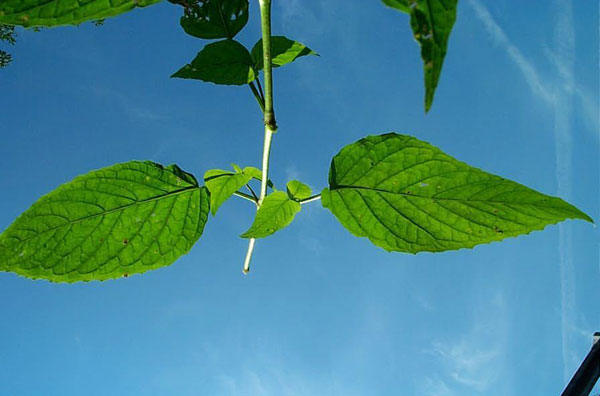 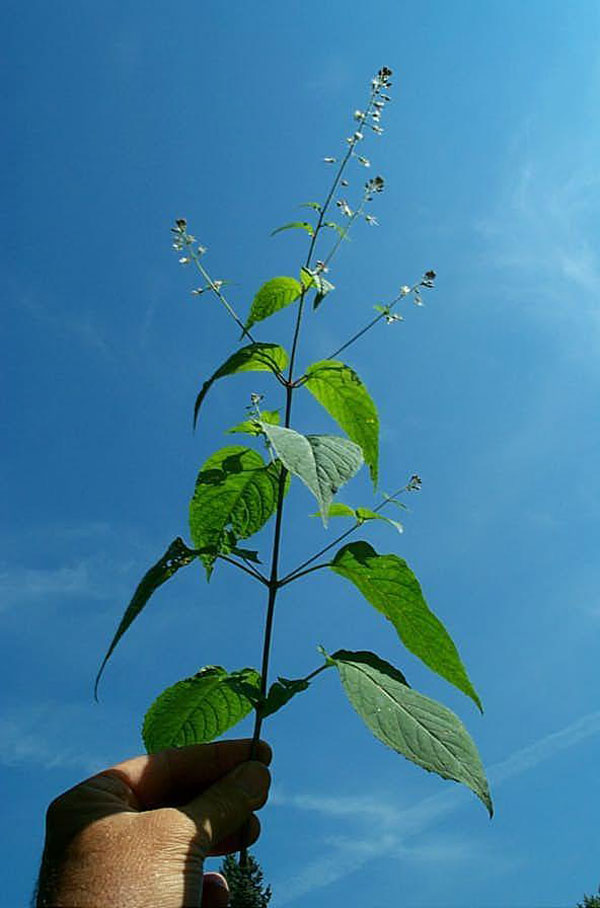 Native to North America, and occurring from Maine south to Georgia, and west in all states to the Rocky Mountains.

A perennial plant that reproduces from seeds, but spreads by its underground rootstock. Usually found in shaded, moist soils, growing well among other thick foliage.

Mature plants can be over 3 feet in height, with long, stiff stems. Leaves are opposite on long stalks, and they are elongated spade shaped with sharply pointed tips and slightly toothed margins. The flowers arise alternately along the upper stalk, occurring on long, thin stalks leading to individual flowers. These are small with 4 white petals, and the 2 large sepals open and remain under the petals to give the appearance of two additional, greenish petals.

Where found to be a problem a systemic herbicide will effectively kill all plant parts. Physical removal may leave the underground rootstock which could re-grow.