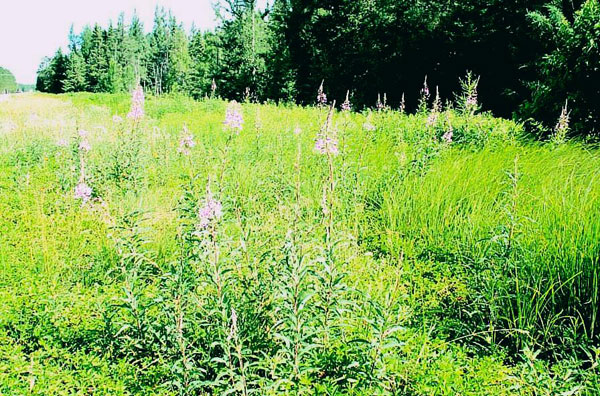 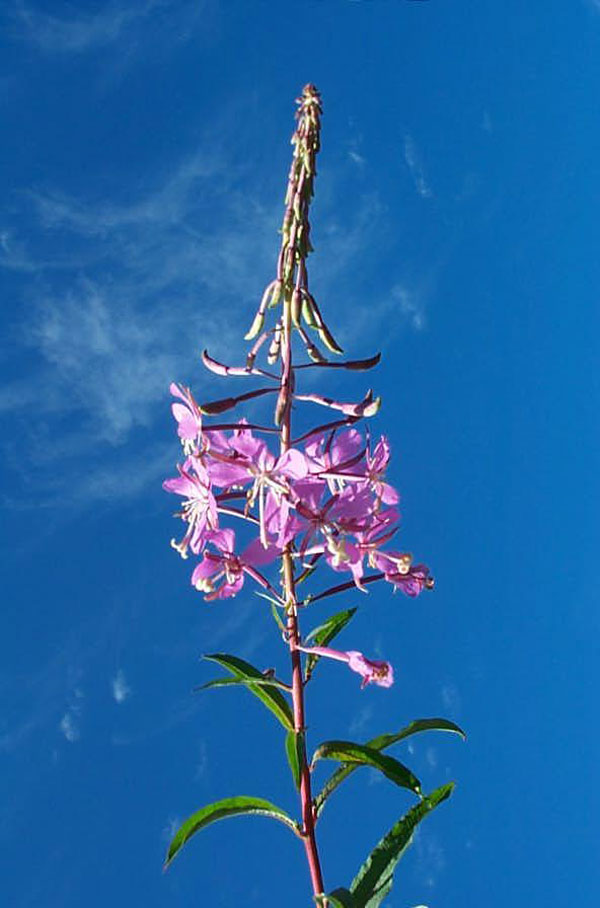 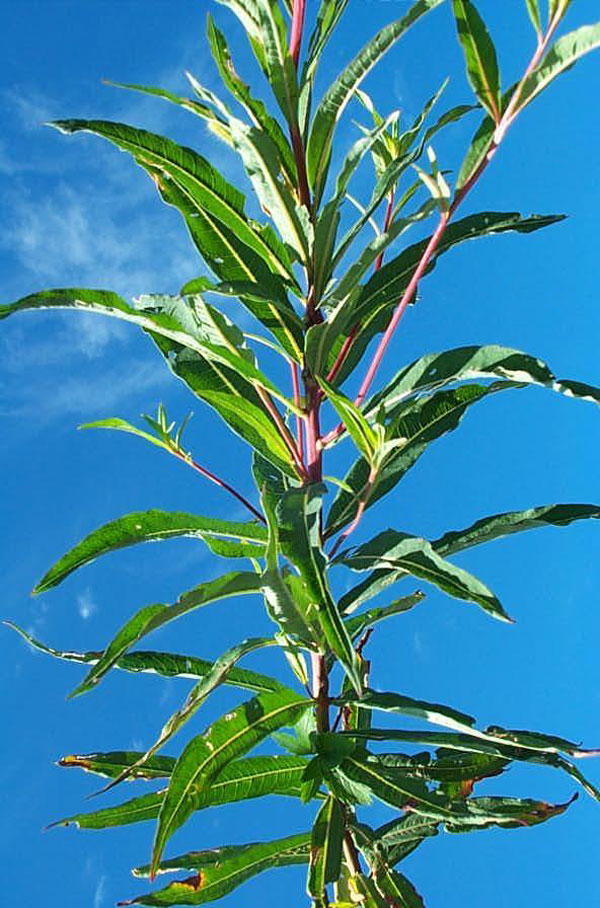 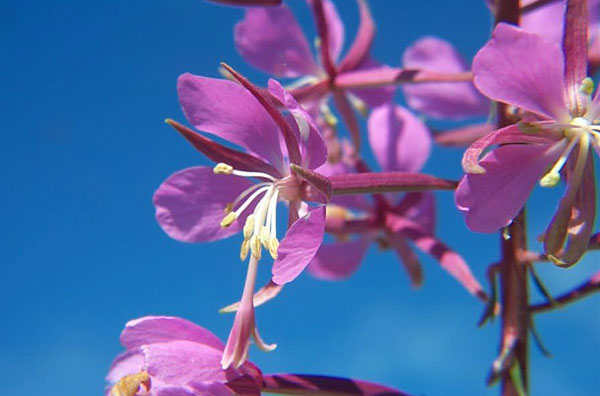 Native to Europe, but introduced as an ornamental plant to North America, where it now occurs in nearly every state in the U.S. with the exception of the arid Southwest and the extreme Southeast. It also occurs throughout most of Canada.

This is one of North America’s most invasive and noxious weed problems, and is listed as illegal to sell in many states. It is a perennial with a large, tough root system, and plants spread by underground shoots, forming extensive and dense colonies. Reproduction also is by seed, and if plants are fragmented by mowing the stem pieces also can begin new growth. Plants typically grow in moist to marshy habitats along roadsides, banks of waterways and ponds or lakes, pastures or wet disturbed sites, and in crops such as cranberry bogs.

Mature plants grow to 6 feet in height, and each plant could potentially have as many as 50 branches and stems. Stems are square to 6-sided, and often have short upward-pointing hairs along them. The leaves are sessile (without stalks) and elongate lance-shaped, arranged opposite along the stems or sometimes as a whorl of 3 leaves. The plants are most noticeable when the flower stalks appear in mid-summer. These may be up to 16 inches in length at the ends of the stems, and are a spike of flowers and unopened buds. The petals are dark pink to purplish-red, and fused at their bases to form a tube with the very long reproductive parts extending from it. A single plant is capable of producing up to 2 million seeds each season.

Control of soil moisture will reduce the habitats available for this weed. Physical removal and tilling are ineffective, and may actually contribute to the spread of the plants. A systemic herbicide will be needed to kill all plant parts, and efforts are continuing to find an effective biological control organism.