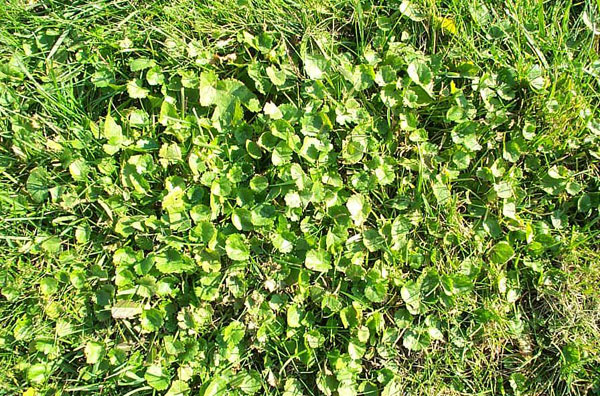 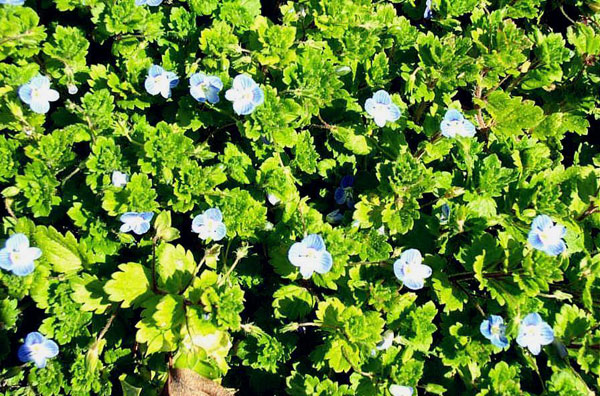 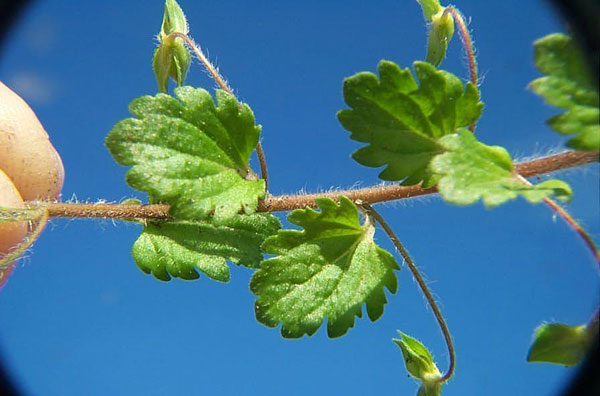 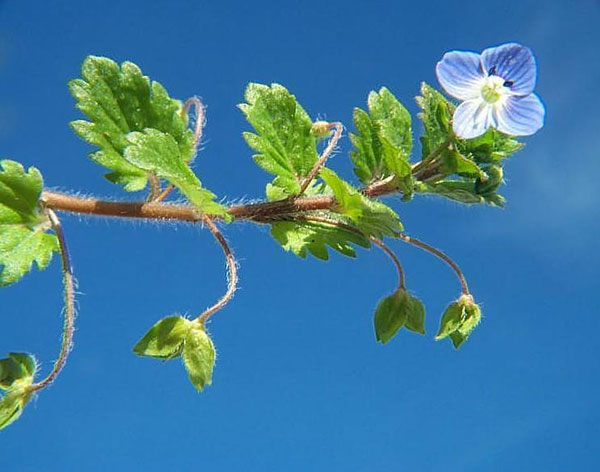 Native to Europe and now widespread in North America.

An annual broadleaf weed that may invade many crops, including alfalfa, and is of major importance as a pest in turf and landscape. Seeds germinate in late summer, fall, or early spring, or throughout the growing season where they remain cool and moist.

Mature plants spread low along the ground, with multiple branches radiating from the base of the plant. When growing in shade or among competing plants the stems may grow upright. Stems are covered with long, fine hairs. Leaves along the lower area of the stem are opposite each other on the stem and are egg-shaped or round with rounded teeth along the edges. Leaves on the flowering parts of the stem are alternate on the stem. Leaves are either without stalks or with very short stalks. Flowers are violet-blue and very small, borne singly on long, slender stalks that arise from the leaf axils.

An annual capable of seed germination throughout the year, except in coldest months.