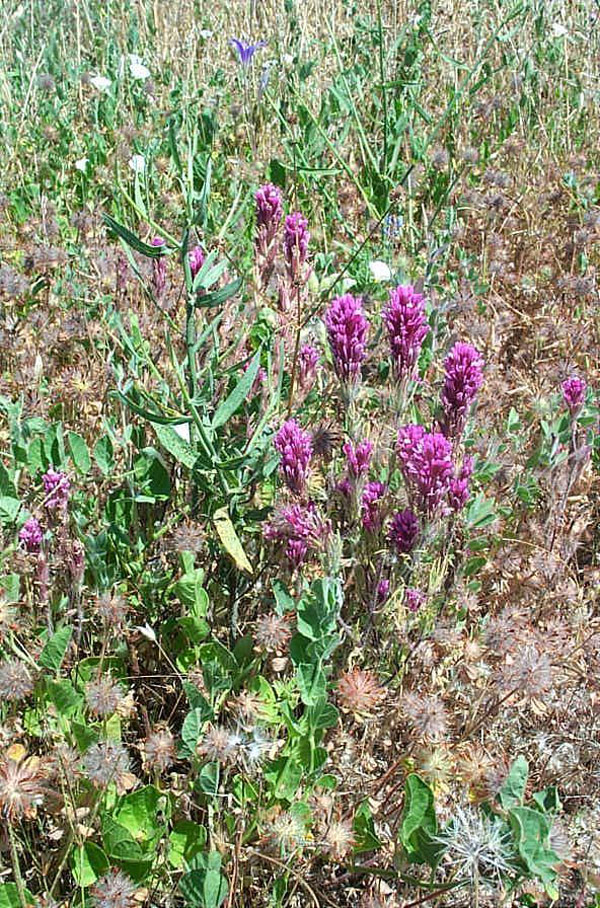 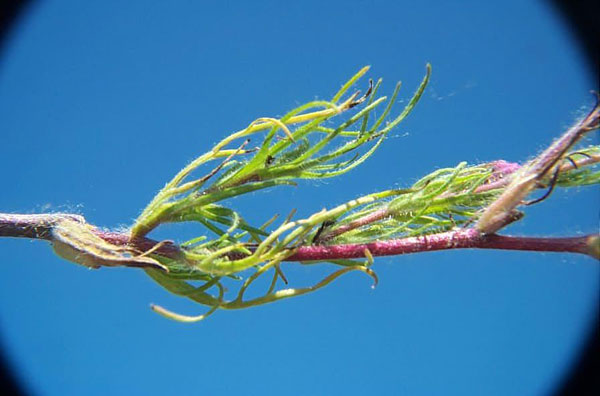 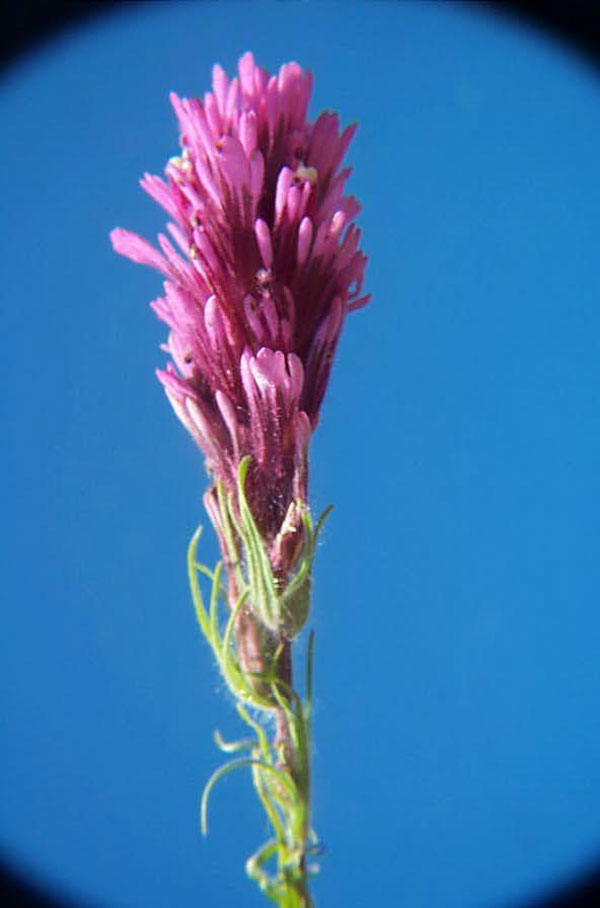 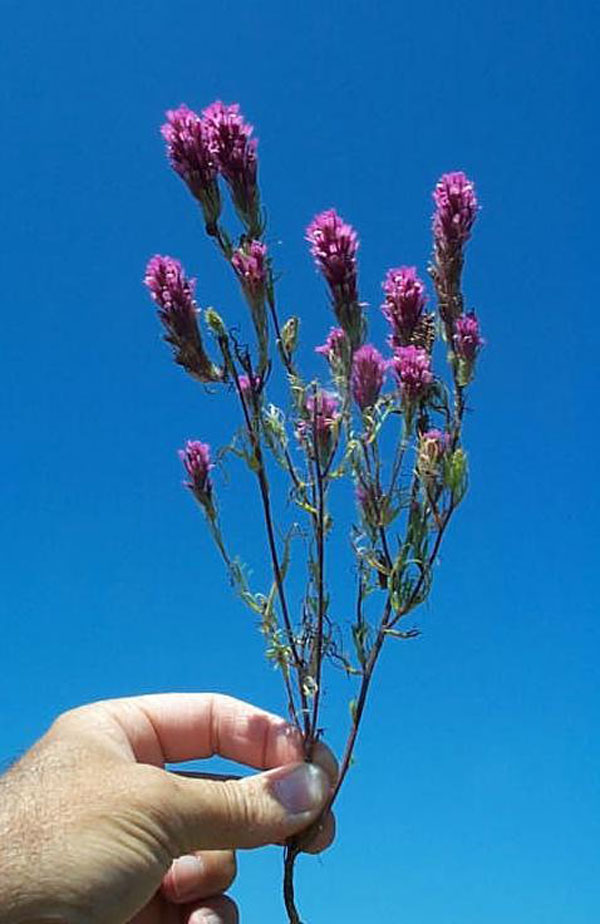 A native plant that is widely distributed in the western United States, south into Mexico and north into southern Canada.

An annual plant found commonly in open fields, along roadsides and vacant lots, in native pastures and in most disturbed sites. It also can be a weed in cultivated crops and orchards. Flowering begins in early spring and plants die by late spring in most habitats.

Mature plants are usually no more than 1.5 feet tall, as erect, multiple branched plants, with branches arising from the base to near the top of the main stem. Stems are narrow but rigid, and are covered with shaggy hairs and are a reddish color. The leaves are separated into several long, thin lobes that do not quite meet the midrib. Flowers are reddish purple and occur in dense, elongate clusters at the ends of the stems and branches. The individual flowers are long, narrow, and unequal, having somewhat of a “clover” look to them.

Not generally a problem, but control can be effective with a pre-emergent herbicide, or where growth of plants is extensive with a contact or systemic herbicide.