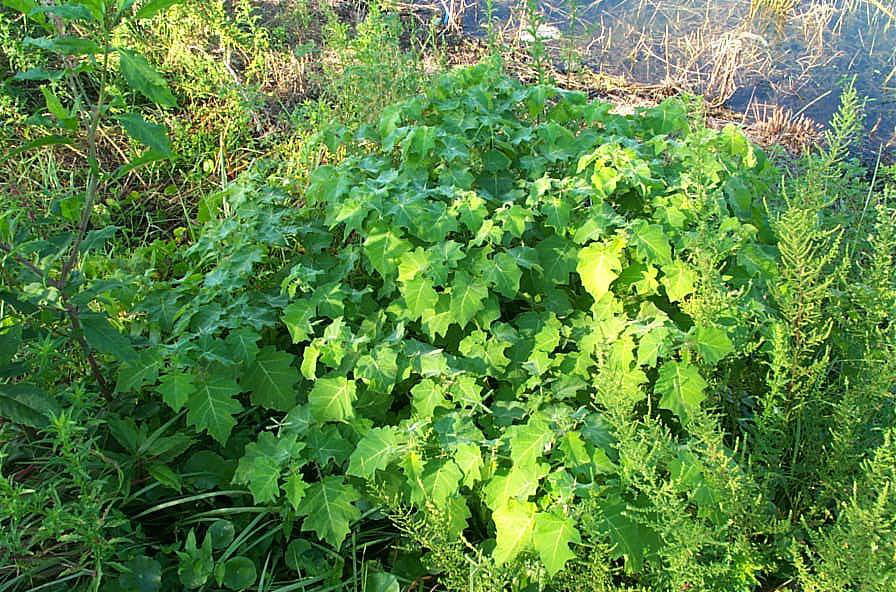 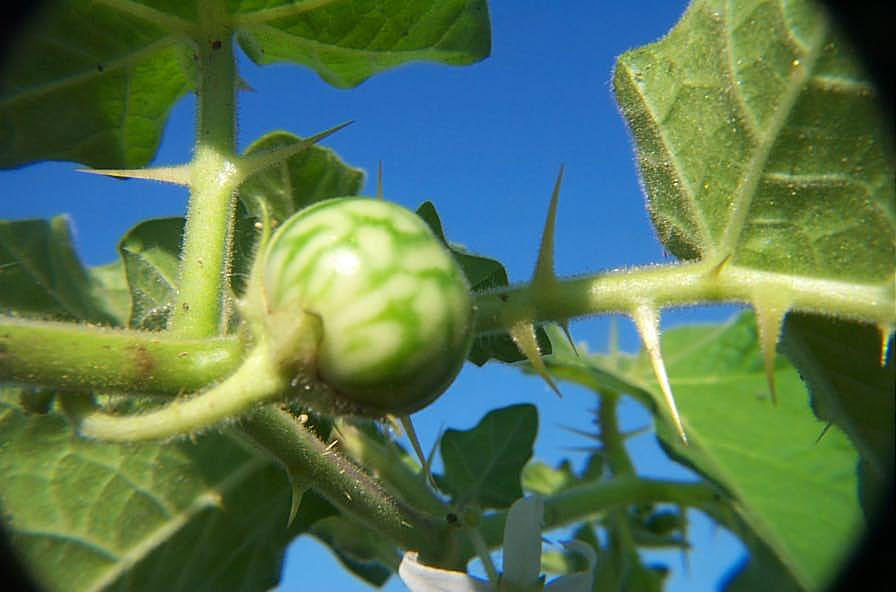 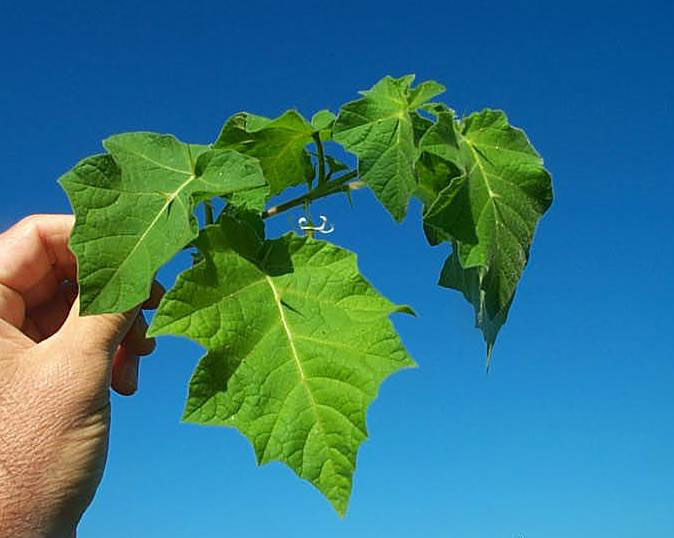 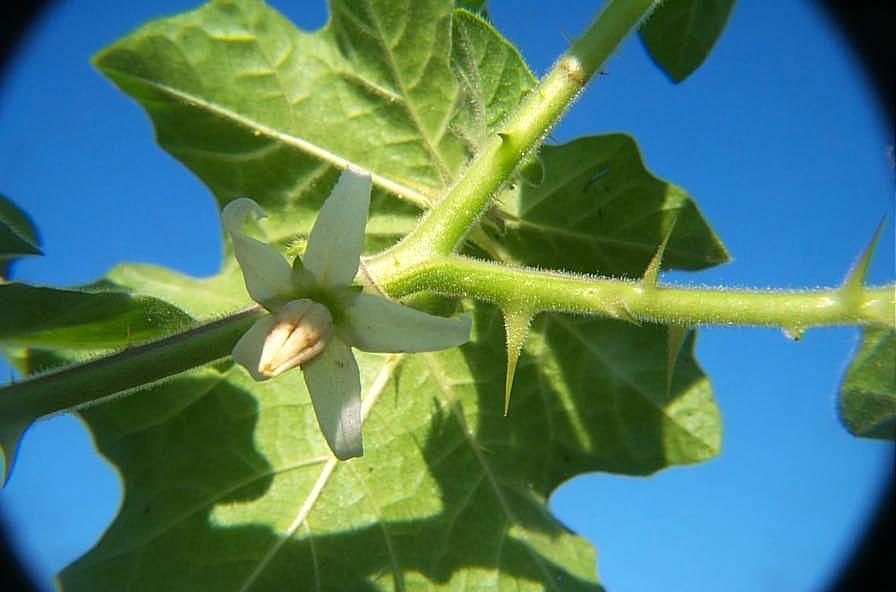 Native to the southeastern United States, but now spread from coast to coast and occurring in almost every state, as well as into southern Canada.

A perennial plant that reproduces from seeds, but commonly spreads by rhizomes that can sprout as far away as 3 feet from the parent plant. All parts of the plant contain toxic glycoalkaloid solanine and may cause gastrointestinal problems if ingested. However, due to the spiny nature of the leaves and stems the plants are not often eaten by livestock. Plants thrive in sandy or gravelly soils, but may be a problem in many kinds of crops as well as along roadsides or in disturbed sites.

Mature plants can be as tall as 3 feet and tend to grow in an upright manner, with multiple branches from the base. Stems are relatively hairless, but they have numerous sharp, long spines along them. Leaves are very large and oval, but have such deep lobes that they appear almost star-shaped. Leaves also have sharp prickles along their veins and petioles. Flowers are produced in small clusters at the ends of spiny stalks, and tend to grow facing downward. There are 5 white petals that are fused to a star-shape and whose bases are enclosed in the cup-like hairy sepals, and large, yellow stamens protrude from the center of the flower. The fruit that forms is a large berry, beginning green but turning yellow as it matures. Each berry may contain over 150 seeds, and each plant is capable of producing up to 5000 seeds.

Due to the aggressive rhizomes hand removal may be ineffective, as broken rhizomes can sprout new plants. A systemic herbicide will be effective, and should be applied well prior to seed formation.