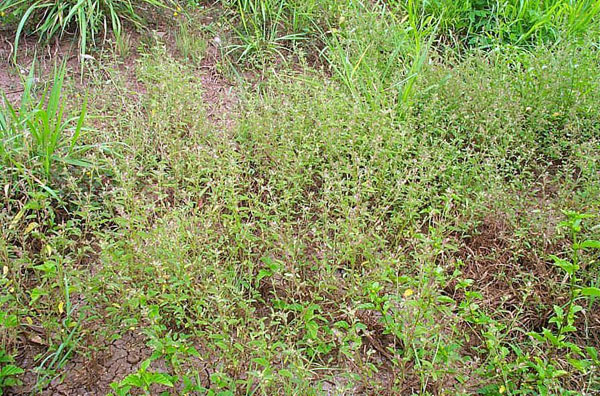 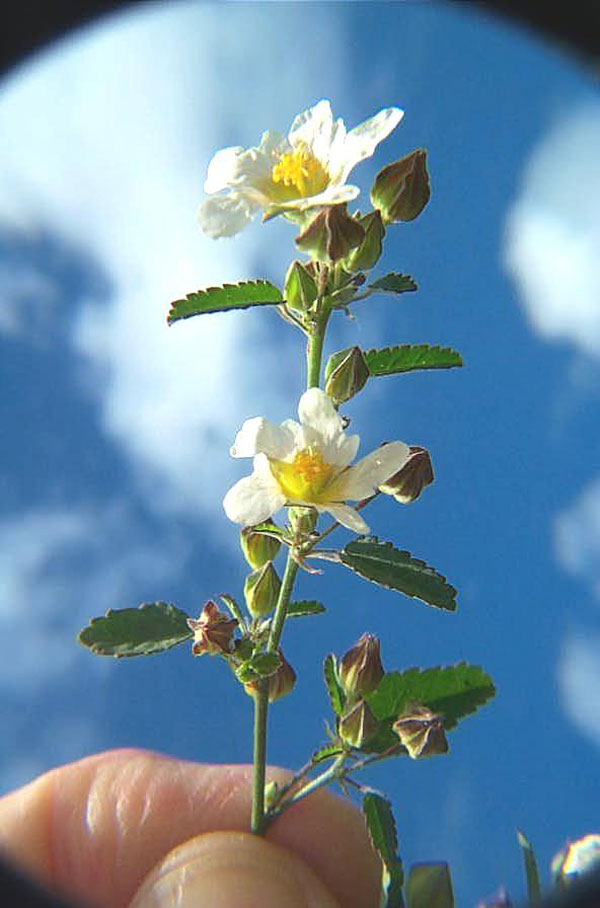 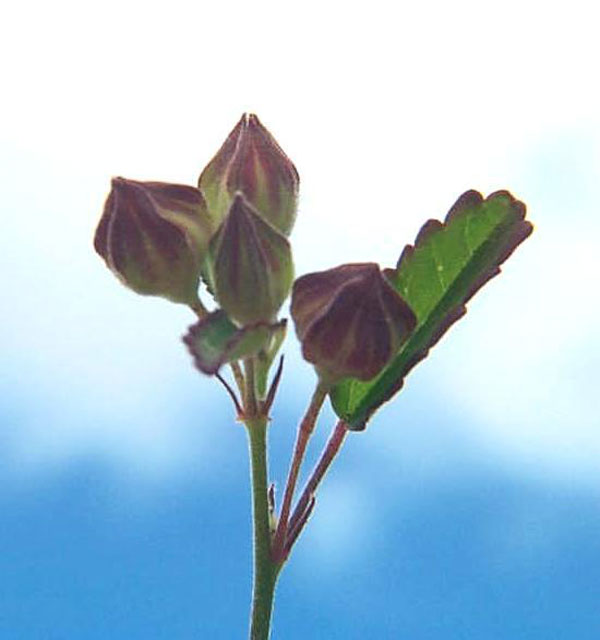 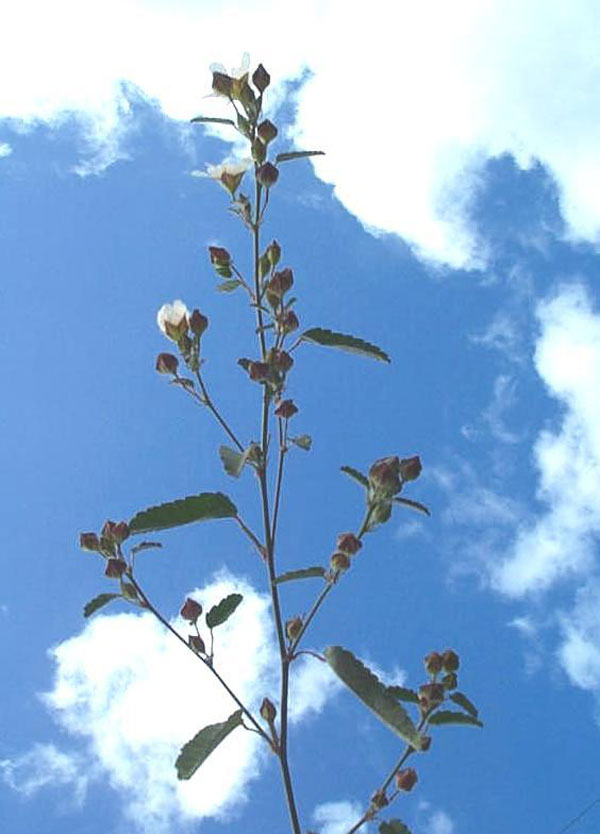 Native to tropical Latin America and southern United States, and found throughout the eastern half of the U.S. and west into Arizona. It also has been introduced to Hawaii as a common roadside weed.

An annual weed in cool climates, but a perennial in warm and tropical climates, where plants can grow up to 2 feet tall with tough, fibrous stems. Plants will grow in dense stands that crowd out other vegetation. Reproduction is from seeds, and this plant can be found along roadsides, in fields and pastures, and in any disturbed ground habitats.

Plants may be unbranched or may have numerous stems arising from the base, often with short branches off of them. The younger stems are covered with short, soft hairs. The leaves are alternate, ovate to elongated, and up to 2 inches long. They have tips that may be either pointed or blunt, and their margins are serrate except near the base of the leaf. The leaves attach to the stem on long stalks. The flowers are light yellow to white and yellow, occurring singly or in small groups of 2 or 3. There are 5 large petals with prominent yellow stamens in the middle. The seed pod is a capsule that contains 5 units which split at their tops when they mature to form 2 pointed beaks.

Physical removal would be difficult due to the dense thickets these plants form, along with the tough, fibrous root system. Control is effective using a systemic, non-selective herbicide, and prevention may be possible with a non-selective pre-emergent.