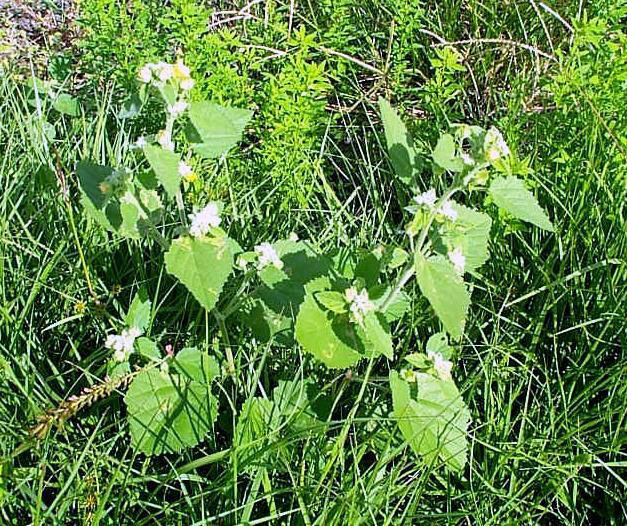 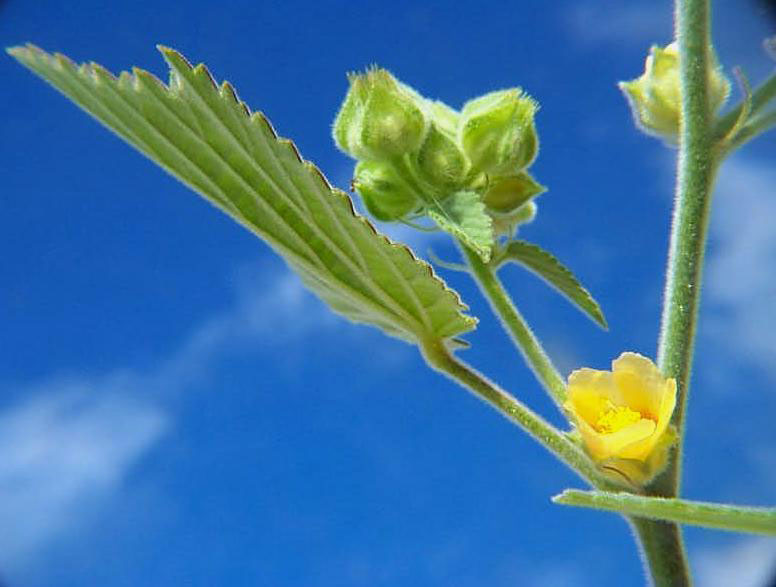 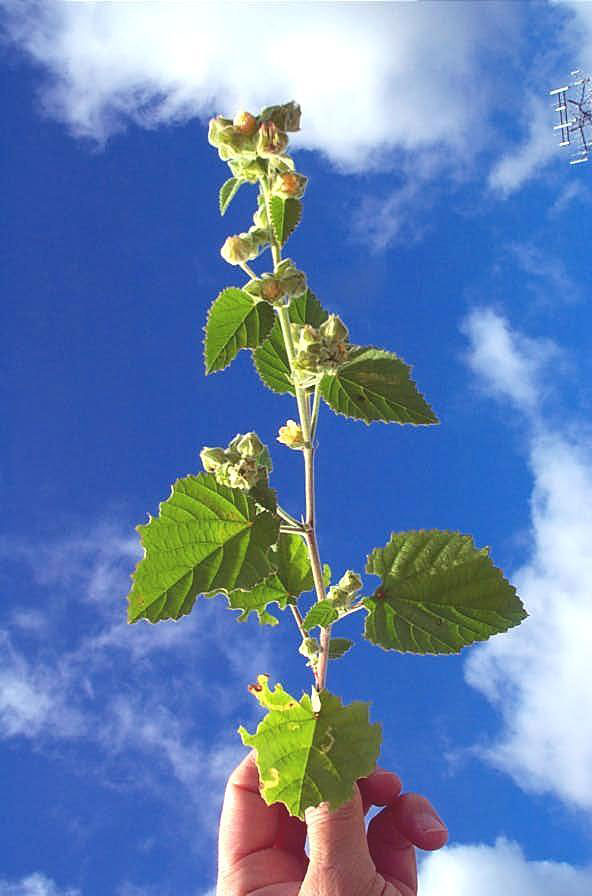 Native to southern Asia, but introduced to the United States as an ornamental plant and now found throughout the U.S., southern Canada, and into Latin America as an escape from cultivation.

A summer annual plant that can grow as tall as 5 feet. Propagation is from seeds that are capable of germinating from several inches deep in the soil, and which can remain viable for up to 50 years in the soil. This is a serious weed pest in row crops, especially corn, and also is found in nurseries, roadsides, and in landscape.

Mature plants grow upright with a single, usually un-branched stem that can reach 5 feet in height. Stems and leaves are covered with soft hairs, giving the entire plant a velvety feel. The large leaves are heart-shaped with wavy, toothed margins, and up to 6 inches long to the pointed tip, attached to the stem with a long stalk. Leaves are alternate. The flowers emerge in the summer months on short stalks arising from the upper leaf axils. The flower has 5 yellow petals, with numerous long stamens in the center fused to form a tube-like arrangement. The seed pod which forms is a large, circular, cup-shaped disk with spiny projections at the top.

Hand removal is effective for minor infestations, and should be done prior to seed production. The stems persist into the winter, dropping the seeds in the fall and winter.