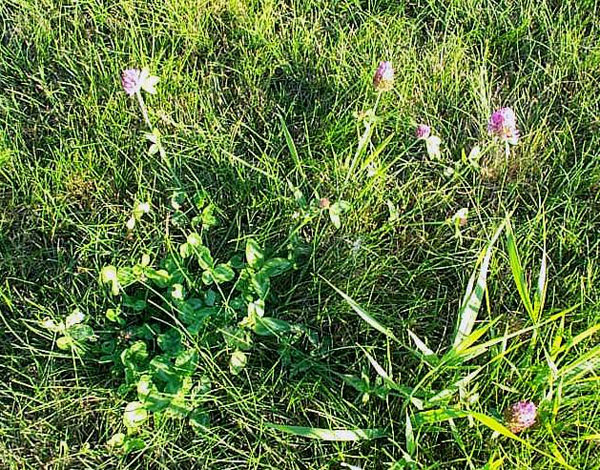 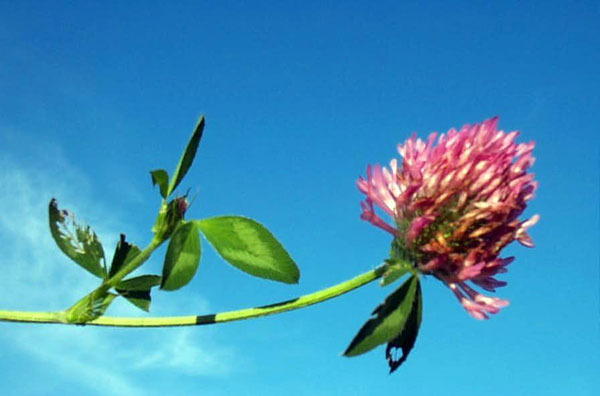 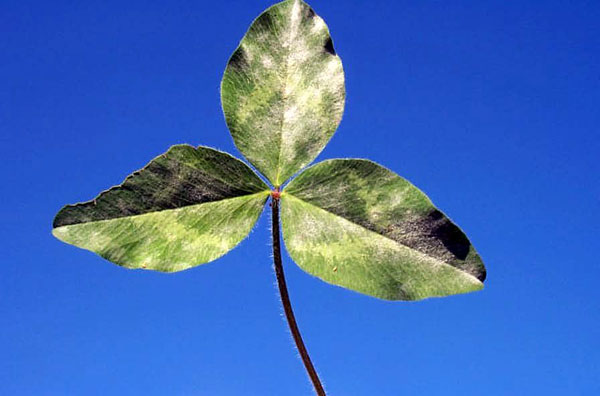 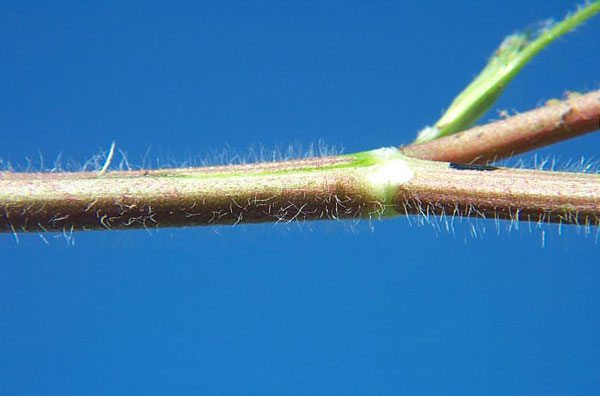 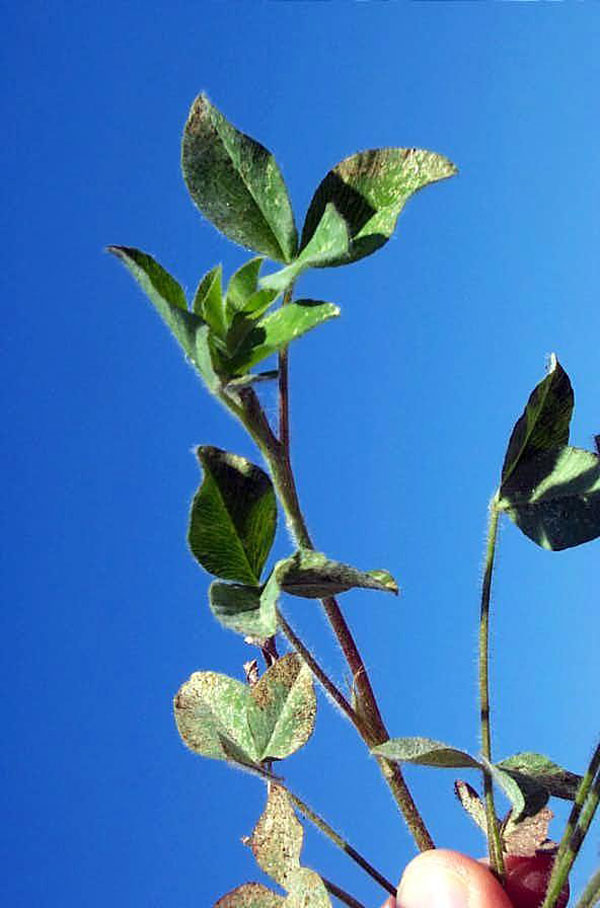 Native to Eurasia, but introduced as a pasture plant which has escaped cultivation and is now widespread in the United States.

A perennial that reproduces by seed. Favors areas that are cool and moist, and commonly grows as a weed in turf.

Mature plants can grow up to almost 2 feet in height, as one of the largest common clovers. Stems are erect but fairly weak, and tend to bend as the flower heads grow and add weight. Leaves are divided into 3 elongate-oval leaflets that have the central area lighter than the dark green of the margins. The central leaflet is not on a stalk, and the petiole is fairly short. Flowers are arranged as dark pink to violet flower heads at the end of a long stalk, usually with several leaves around the base of the flowers. The seed pod contains 2 seeds.

A perennial, common in turf and non-turf areas.