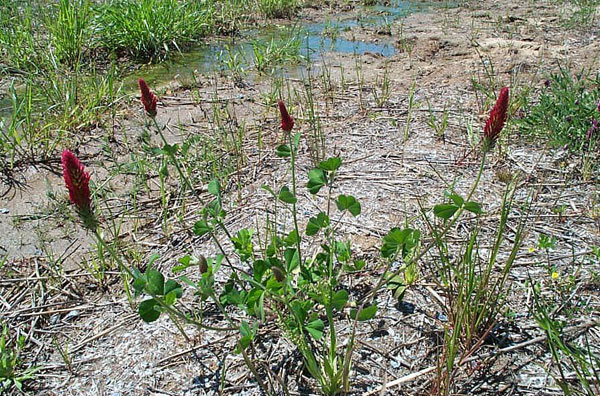 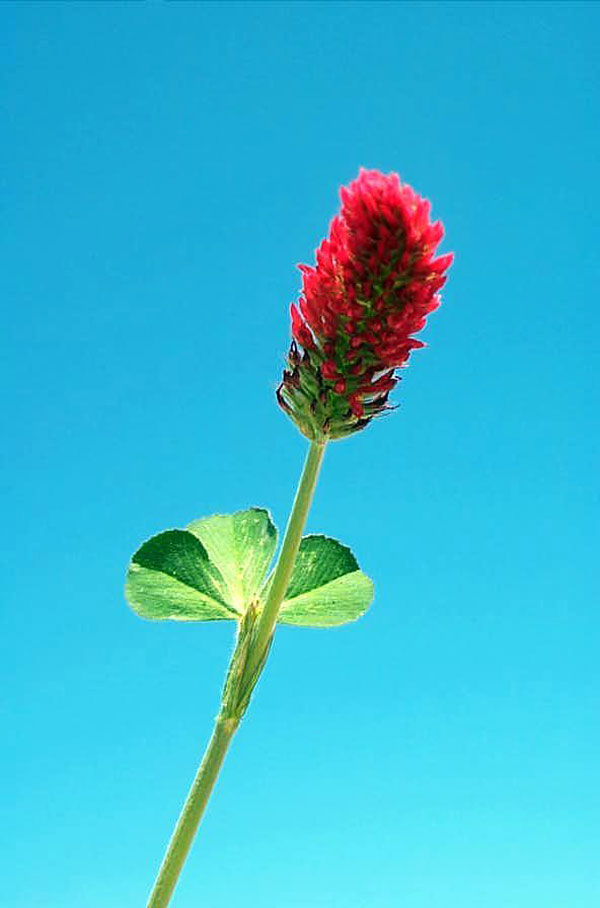 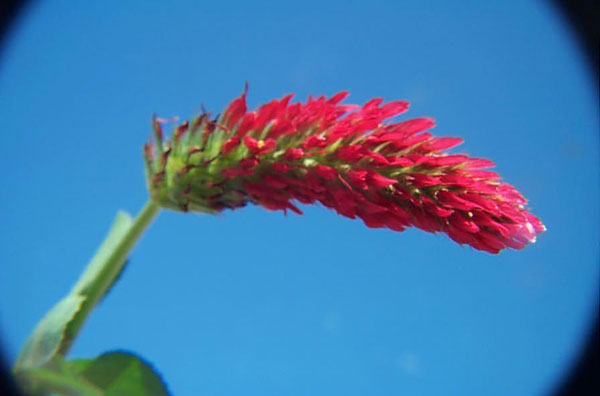 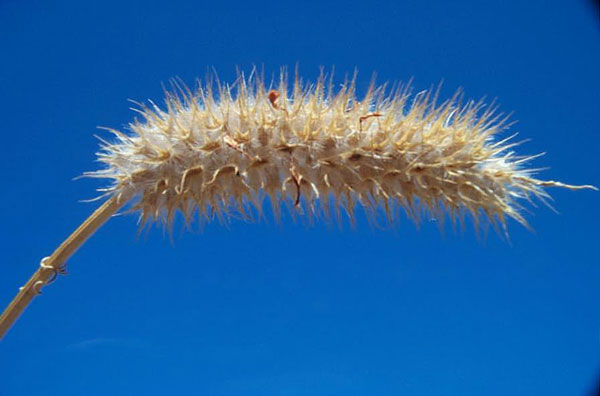 A native of Europe, but introduced as an ornamental plant to many other areas, and now widely spread throughout the United States in the eastern half of the country and along the west coast, as well as in Hawaii.

An annual plant that reproduces from seeds. Plants are found in disturbed sites, especially in damp soils, and are commonly planted as roadside spring wildflowers. They can be invasive in landscape and other sites.

Mature plants grow to 3 feet in height on thin, sometimes drooping or lateral stems. Leaves are typically clover-like, with 3 separate leaflets that are round, with their bases more elongated near the central attachment point. The flower clusters are brilliant crimson red and elongate, up to 2.5 inches in length at the ends of the stems. The flowers are densely crowded and without stalks.

Normally not a serious weed problem, but where they are growing in an undesirable location they can be controlled with a systemic or contact herbicide.