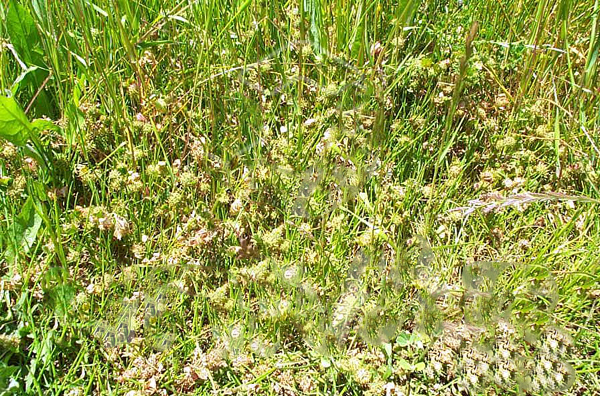 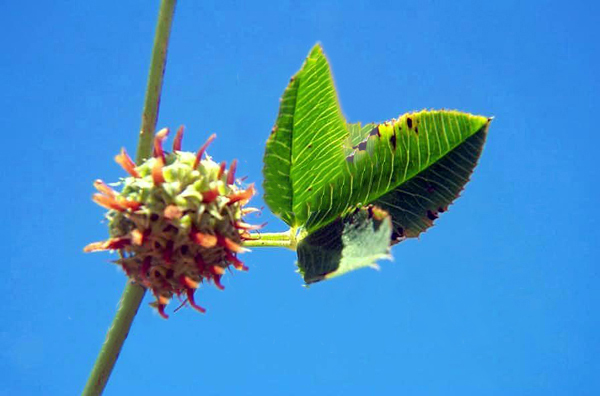 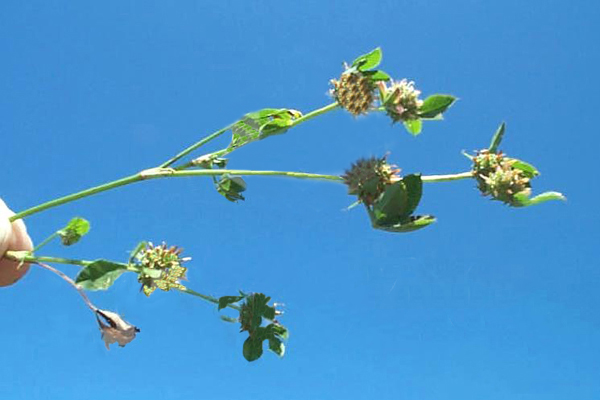 Native to Europe, but introduced to North America where it now is found uncommonly in the southeast states as well as California, Oregon, and Hawaii.

An annual propagating from seeds. Growth habit is low and spreading, plants generally staying under 1 foot in height. Found along roadsides and other disturbed habitats, as well as in poorly managed turf.

Green leaves and reddish stems are covered with fine white hairs. The leaves are typical of clovers, with a long stem and 3 distinctly separated lobes that are wide and pointed at the tip. The flower head emerges from the leaf axils and is large and spherical, with the numerous white to pinkish flowers protruding from around the ball.

When growing in turf a selective broadleaf herbicide will effectively kill this weed, and a pre-emergent applied to the soil will prevent the numerous seeds from developing new plants.