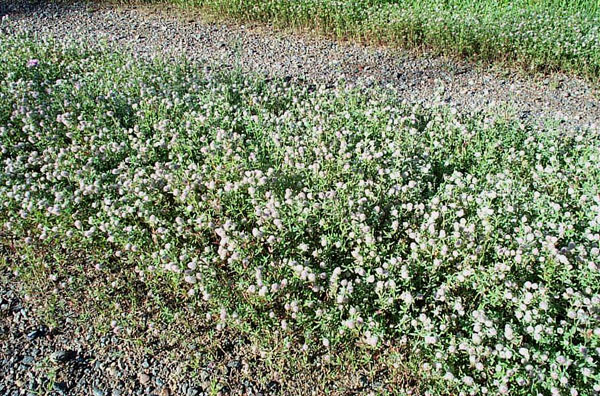 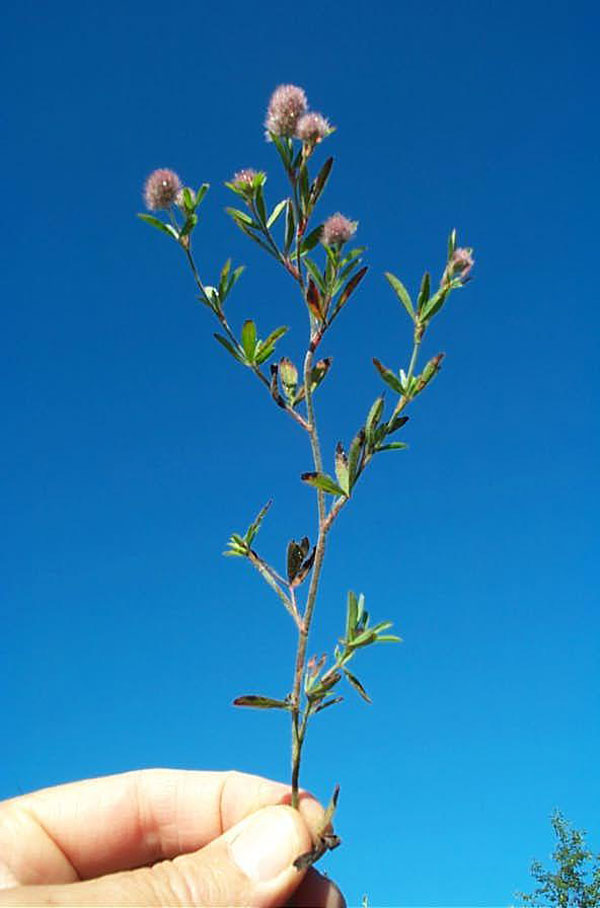 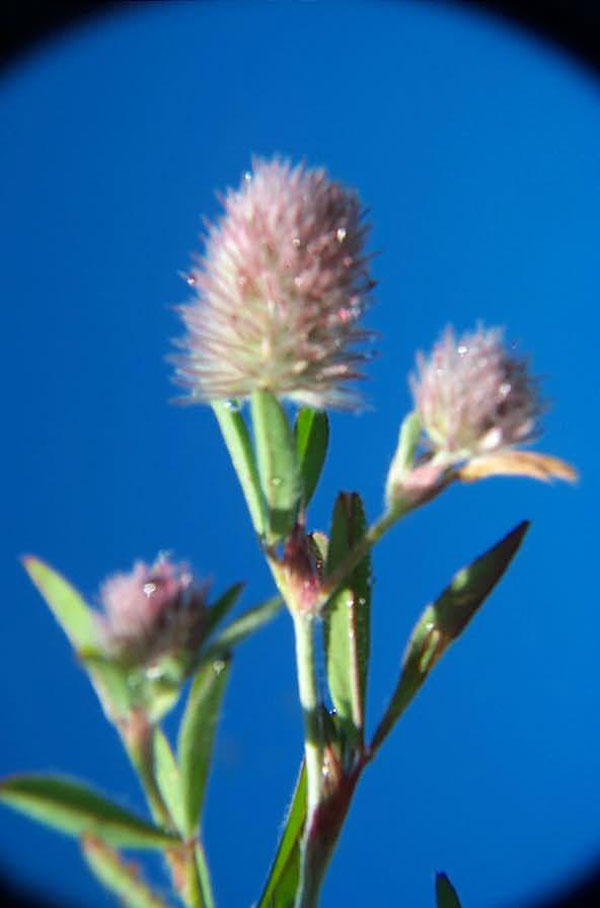 A native of Europe, but introduced to North America where it now occurs throughout the eastern half of the United States, all of southern Canada, and in the western U.S. along the Pacific Coast and in the states bordering Canada. It also occurs in Hawaii.

An annual that reproduces from seeds, this weed is a common and invasive plant in disturbed habitats such as roadsides or waste lots, growing well in dry, sandy soils with low nutrient value. It also is a weed in poorly maintained turf.

Mature plants form dense colonies that crowd out other low annual plants, growing to as tall as 16 inches in height. Each plant has numerous erect stems arising from the base with frequent branching, and stems and leaves are covered with hairs. Leaves are alternate and trifoliate, divided into 3 leaflets that are very long and narrow. The margins of the leaves are smooth, or with some small teeth near their tips. The flower heads are abundant at the ends of the stems, as a dense cluster of hairy, grayish-pink flowers that form an oval head about 1 inch in length.

Plants may have a taproot that is over a foot in length, making physical removal more difficult. A systemic herbicide will effectively kill the plants, and the seeds can be prevented from germinating with an appropriate pre-emergent product.