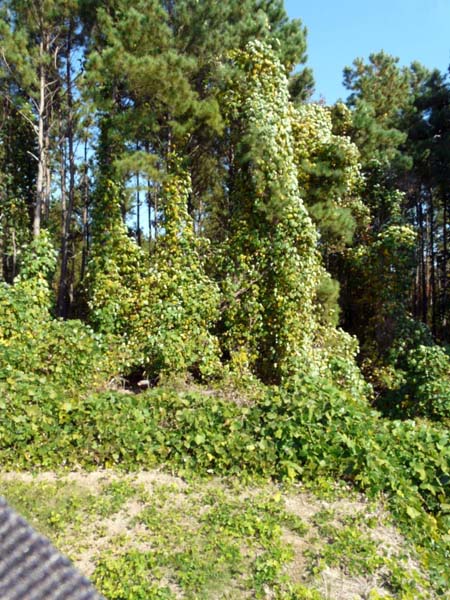 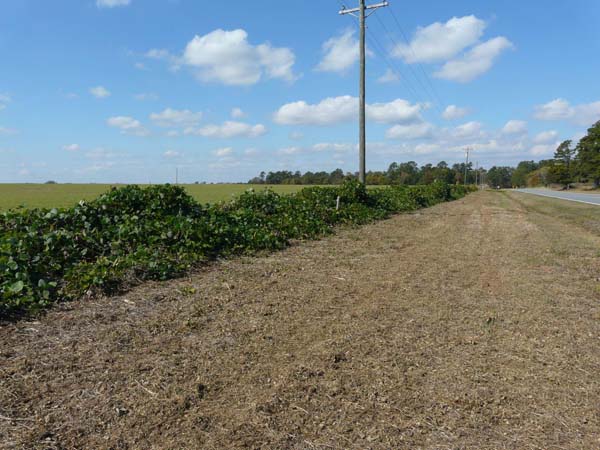 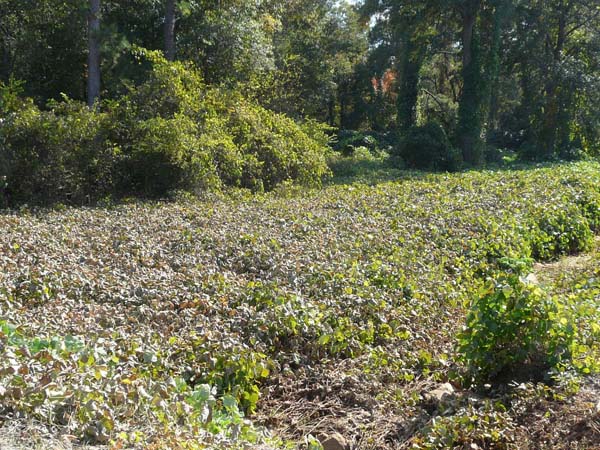 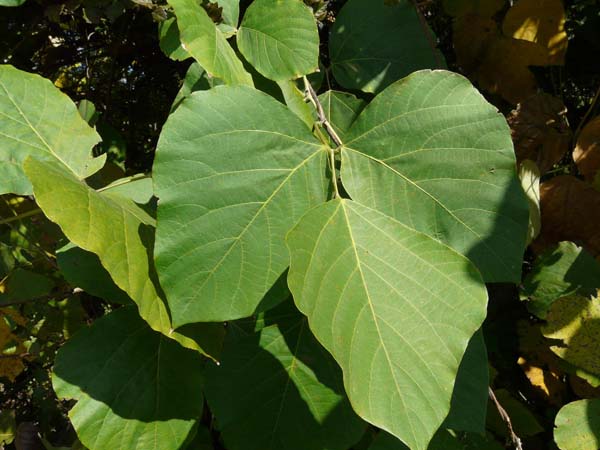 Native to Japan and China, and introduced during an 1896 gardening exposition in Philadelphia.

This extraordinary weed is known as “the weed that ate the South”. It is a semi-woody perennial vine that is capable of growing a foot per day and up to 90 feet in a season. It is extremely aggressive by climbing or trailing, and will completely envelop tall trees, buildings, and large tracts of land, with 100% of the surfaces below covered by the large leaves. Foliage does die back during the winter. Reproduction is from seeds and rapidly spreading roots that are large and tuberous. Flowering is in mid to late summer, and large, 2 inch long pods develop, each containing many seeds. Kudzu was intentionally introduced to the United States during an 1876 Exposition, and unwittingly was then planted in ornamental gardens, and later along roadsides for erosion control and agricultural lands for livestock forage. This spread and propagation was encouraged into the 1950’s when the weed potential of kudzu was realized. It now covers over 7 million acres in the Southeast. The leaves and stems of kudzu have been used for centuries in its native Orient for food, medicinals, and paper or basket products.

When mature kudzu is unlike any other weed, with long vines and 8 inch long leaves completely covering entire trees and open areas of ground. Leaves are alternate along the stems on long stalks, are trifoliate with 3 large, separated lobes, and each lobe is broadly ovate and hairy. The trailing stems become woody as they age in the season. Long flower stalk arise from the base of the leave stalks, producing an elongated cluster of small purple flowers.

Control by physical removal is ineffective, due to roots that go to 12 feet deep. Foraging goats will eagerly feed on kudzu, and this has proved effective in limiting its spread where large numbers of goats are available. Herbicide treatments must use systemic products that are capable of translocating throughout the extensive and deep root system. Products such as Tordon, Spike, Escort, and Oust have been used with success in different situations. For young plants a product like Roundup may be successful.