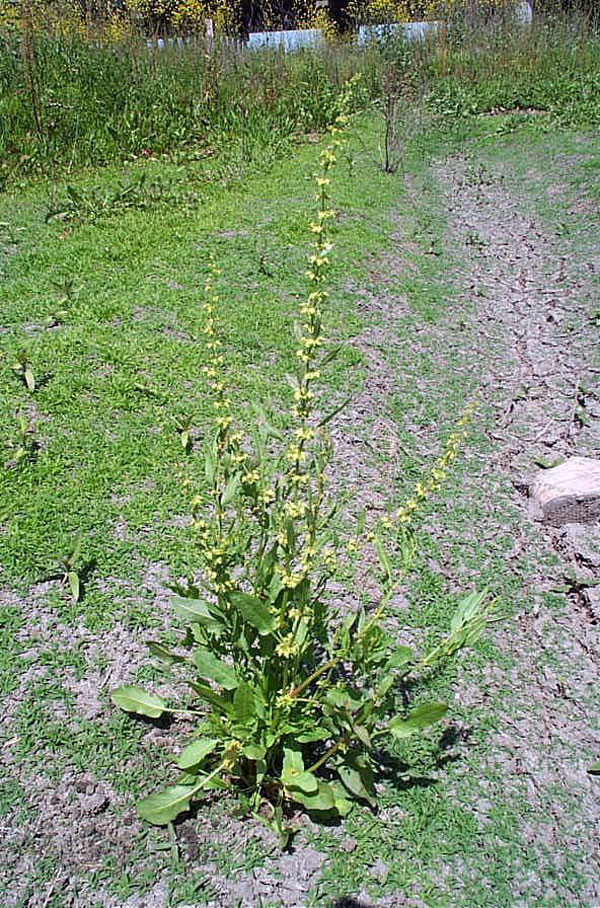 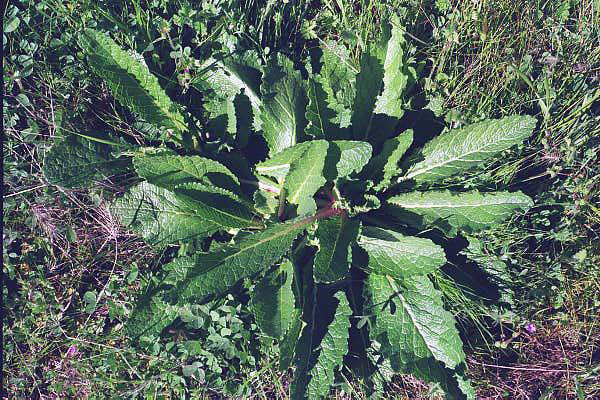 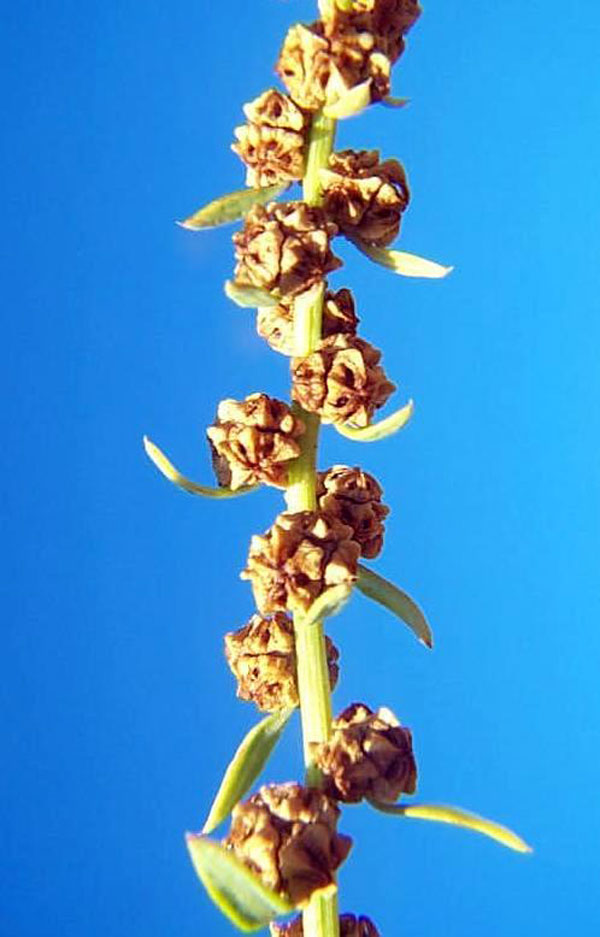 Native to Europe and Asia. Now widespread in the United States.

Perennial with a deep taproot, capable of growing and producing seeds year-round with adequate moisture. Seeds mature at various rates throughout growing season, and thus drop sporadically and may germinate at any time of the year if moisture is adequate.

Mature plants up to 5 feet tall, with most of the height created by the enormous inflorescence and seed production – up to 40,000 seeds possible from one plant. Stems are erect and stiff, often slightly reddish. Leaves are mostly basal as a rosette around the base, with some on the stems, and very long and pointed, reaching up to 12 inches long. Leaves lack hairs and are shiny and smooth. Very similar to Curly Dock except leaf margins are less wavy, and several spines occur on the seeds.

May grow in virtually any soil situation. Can be severe pest in winter crops, as well as along roadsides and ditch banks. Physical removal will eliminate individual plants if at least two thirds of the taproot is removed. Post-emergent chemical applications should be timed for when the plant is young and actively growing.