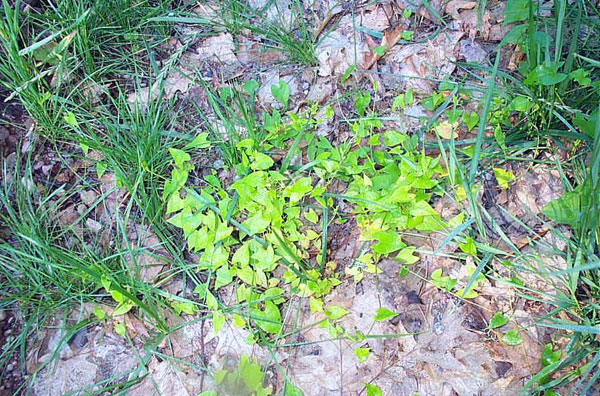 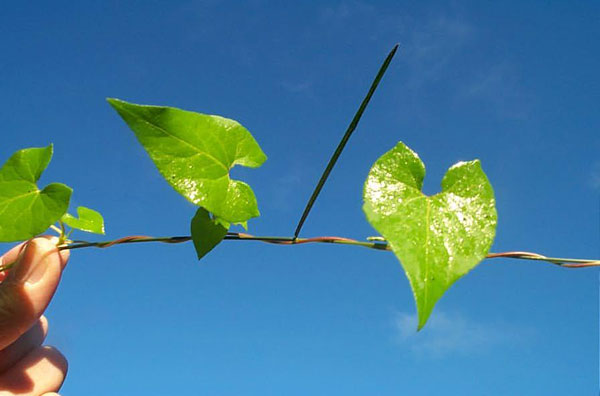 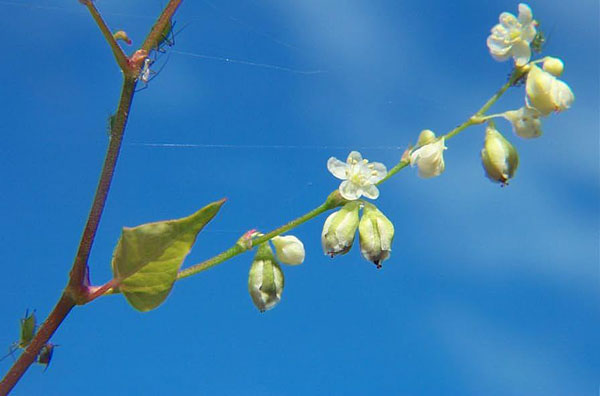 A native vine found in the states east of the Mississippi and in Minnesota, but not generally in the extreme southern states.

Considered an endangered plant in Indiana, Ohio, and Tennessee, but a very common and somewhat invasive roadside and forest plant in some other areas. A perennial plant that grows vine-like over the soil or over other vegetation, often to the point of covering other plants.

This vine is found in forested environments. The reddish stems are weak and twining and may be many feet in length. Leaves are distinctly heart shaped, shiny green to yellow-green, and up to 3 inches in length. The flowers are borne in elongated clusters about 3 to 4 inches in length, on stalks that arise from the base of the leaves. Each flower is white and small, with 5 rounded petals.

Normally these plants occur in habitats where they are not a noxious problem, and control will not be needed. If they do occur where not wanted a systemic herbicide will be effective, but the application would need to avoid other vegetation on which the vines grow.