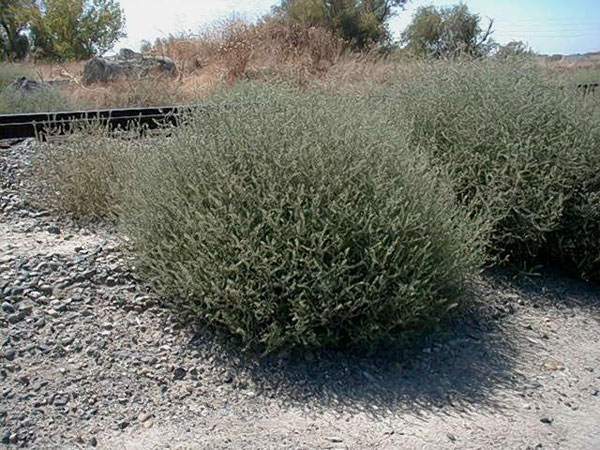 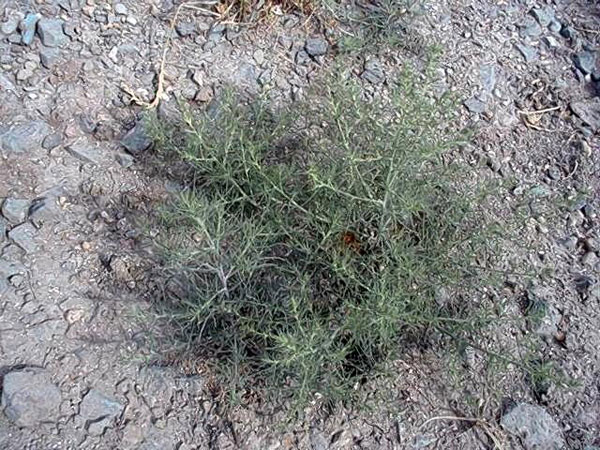 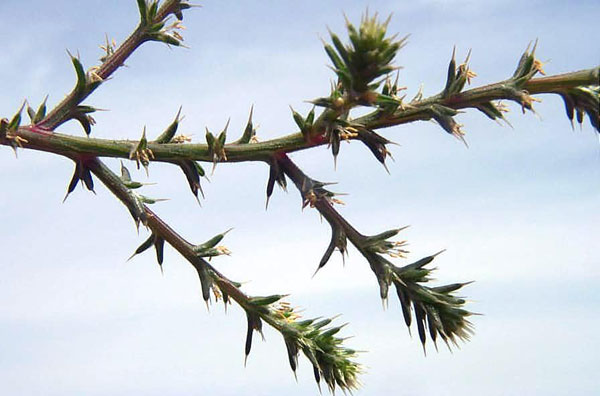 Native to Eurasia, but introduced to the United States from Russia in sacks of flaxseed, that spilled along railways as it was transported, spreading the weed throughout the western U.S.

An annual broadleaf weed that grows particularly well in drier climates, but capable of infesting virtually any agricultural, landscape, or roadside situation. It also serves as a host of the sugarbeet leafhopper, which transmits curly to virus to vegetable crops. Seeds germinate from late winter into early summer, and the plants mature in late summer into the fall. Each plant produces enormous numbers of seeds, and due to its rolling movement in strong winds it may disperse these over great distances.

Mature plant is very bushy and wide, and up to 5 feet tall. Branches are numerous, stiff and thin, and nearly hairless. Young plants are smoky dark green, and when mature the plant is gray to grayish brown. Once it dies the shallow root breaks away to release the plant in the wind. Leaves are extremely thin, almost resembling pine needles up to 3 inches long. As the plant matures the tips of these leaves become spiny, giving it the misnomer of “thistle”. Flowers are tiny and inconspicuous, growing in clusters at the base of the leaves.

Heavy seed production makes pre-emergent control more difficult. Mature plants become stiff and leathery and do not disintegrate easily in the winter, creating piles of dead plants to deal with if they are allowed to grow to maturity.