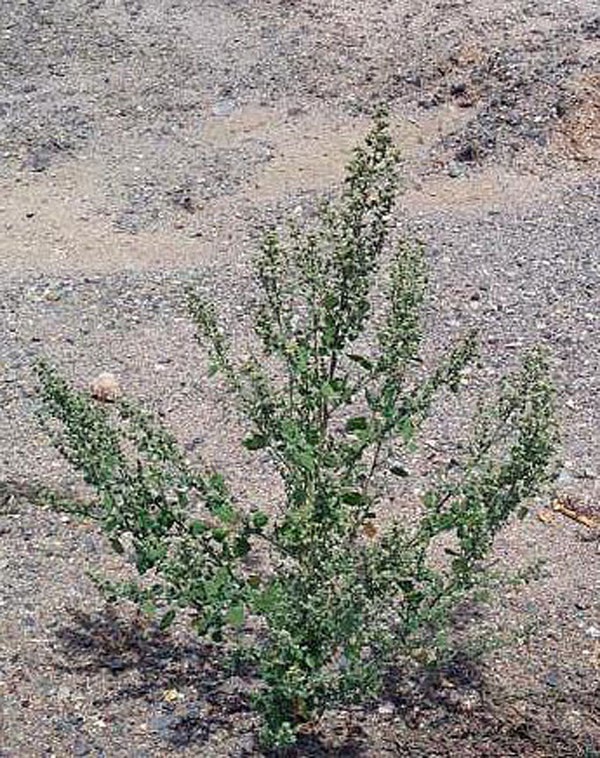 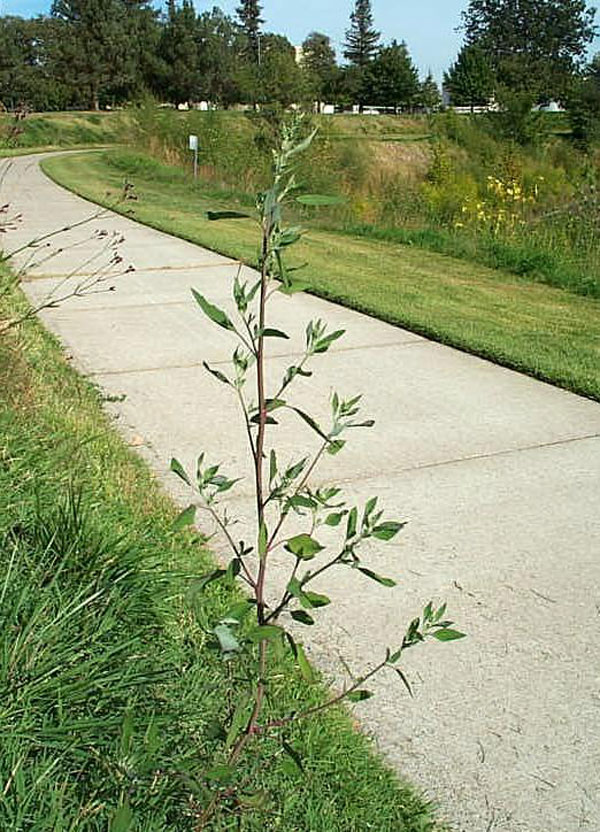 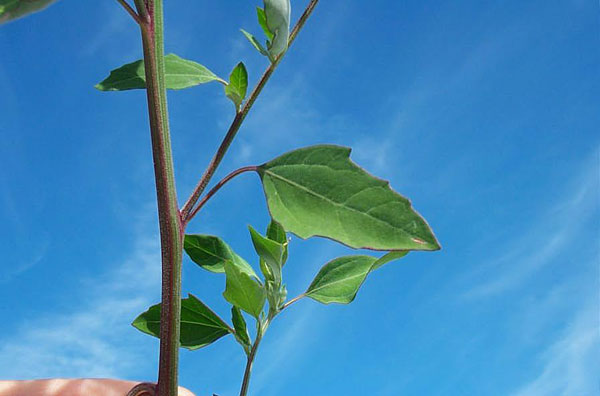 Native to Europe, and now established in the western United States.

An annual broadleaf weed, with rapid growth and high requirement for water, making it a dominant weed where it grows. A problem in landscape and cultivated crops, as well as roadsides and waste areas. Serves as a host to beet leafhopper, which transmits diseases to certain crops. Seeds germinate in early spring, and plants mature in mid-summer, with flowering and production of new seeds in mid to late summer.

Mature plants may grow as tall as 6 feet, with a central stem but extensive lateral branching. Stems often are striped with pink or purple. Leaves occur alternately on the stems, with the lower leaves usually having wavy to lobed margins, while upper leaves may have smooth margins and are narrower. The lower surface of the leaves is grayish to white in appearance. Flowers are tiny, green, and crowded in bunches, occurring either at the tips of the stems or at the axils of the leaves. Seeds occur in very large numbers.