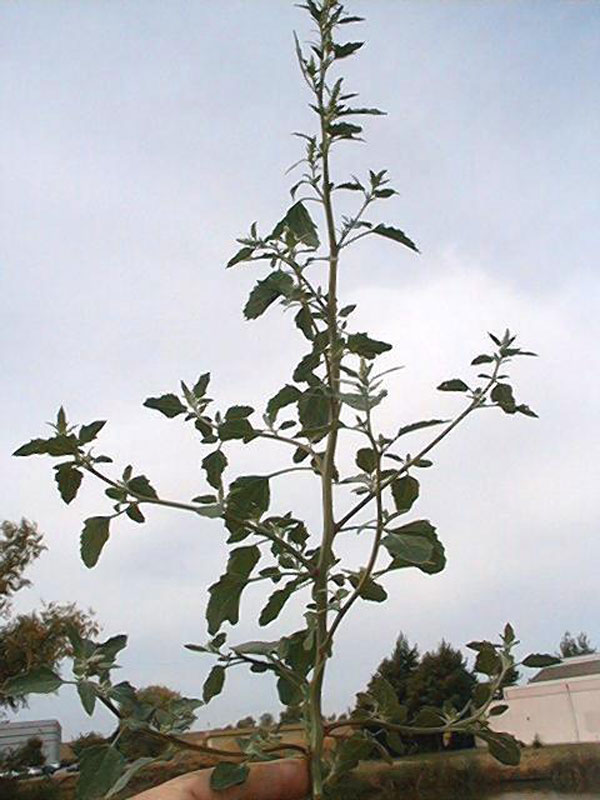 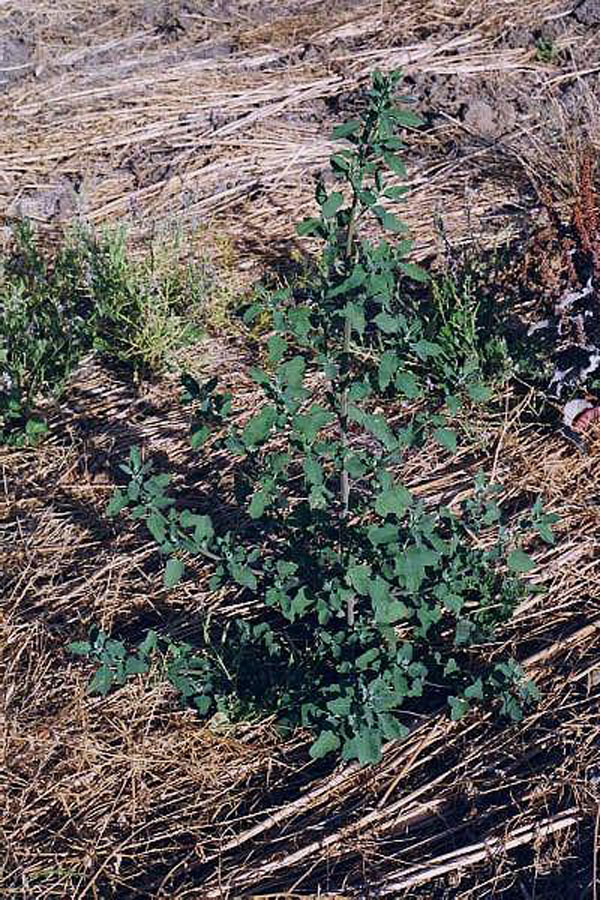 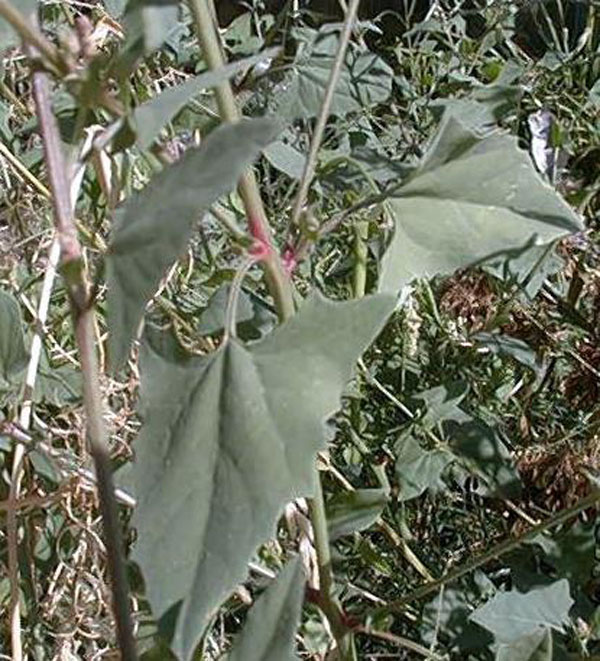 Native to Europe, and now an extremely common weed throughout the United States.

Edible annual broadleaf plants, thus the several common names insinuating the use of this plant for food. Widespread throughout North America, lambsquarters is a problem weed in many sites of both landscape and agriculture, as well as growing easily in dry waste areas. It can be found at elevations up to 10,000 feet. Good livestock forage plant. Growth is erect, and up to 6 feet tall, with a central stem and many branches that sometimes are striped with pink or purple. Leaves are alternate on the stems. Seeds germinate from early spring through autumn, with plants maturing as early as mid-summer.

Leaves generally are pointed and arrowhead shaped, up to 3 inches long. Leaves may have either smooth margins or shallow lobes. Leaves grow on long stalks. Flowers are formed in clusters at the ends of stalks, and are green and tiny. Seeds of Common Lambsquarters are distinguished by being a shiny black color.

Rapid growth and heavy water intake create problems in planted areas. Netseed lambsquarters also serves as an alternate host of the beet leafhopper. Upright growth habit allows mowing of turf to control it in this situation.