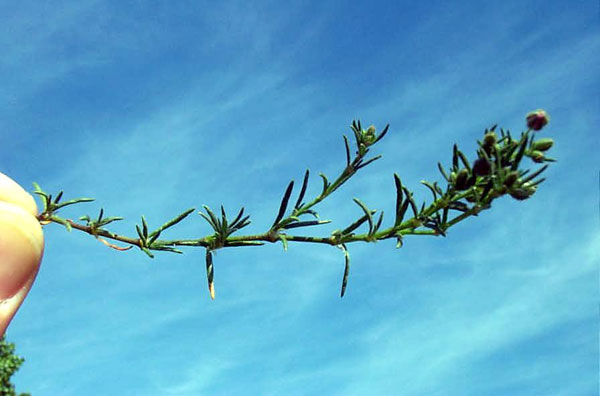 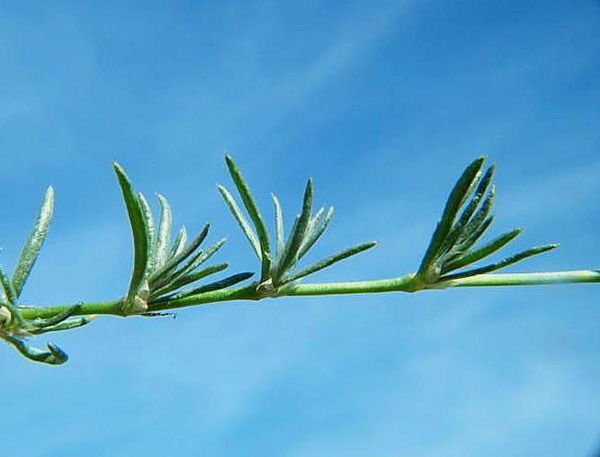 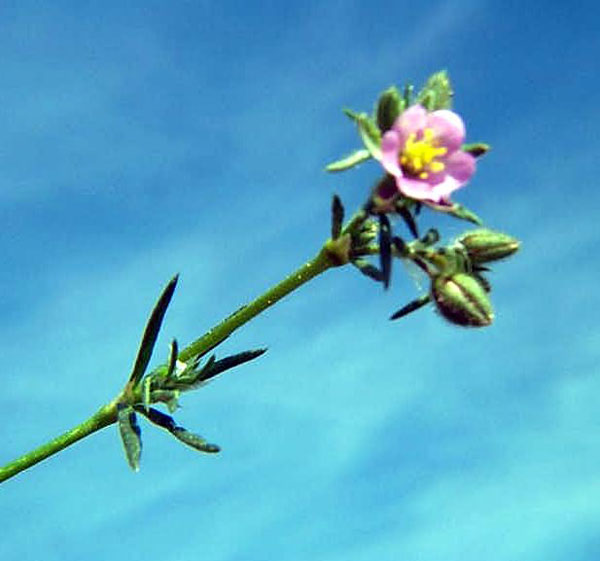 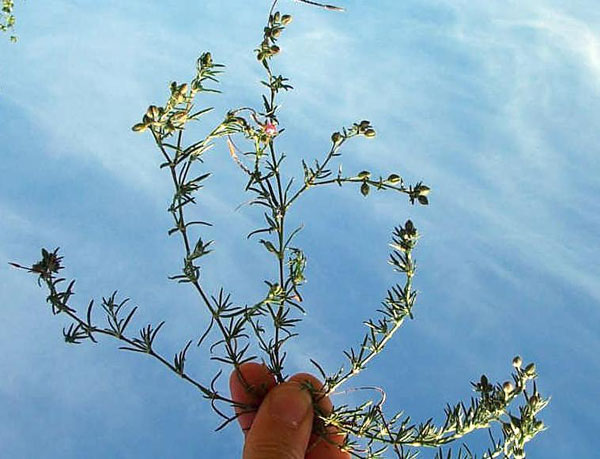 Introduced from Europe, and found throughout the eastern half of the United States and Canada, as well as in California and the Pacific Northwest.

This is a prostrate, sprawling plant with many branches, forming a mat over the soil as it grows. Stems are thin and flexible. Leaves are very narrow, opposite, and growing close together at the ends of stems to form bunches. They are sharply pointed at the tip and tend to bend downward. The small, green, inconspicuous flowers have no petals, and grow in small clusters within the leaf axils.

In turf a selective broadleaf herbicide will effectively kill this weed. Prevention is effective with a pre-emergent herbicide.