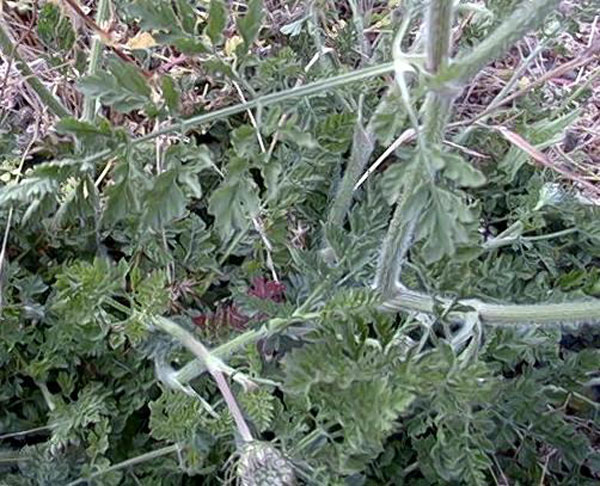 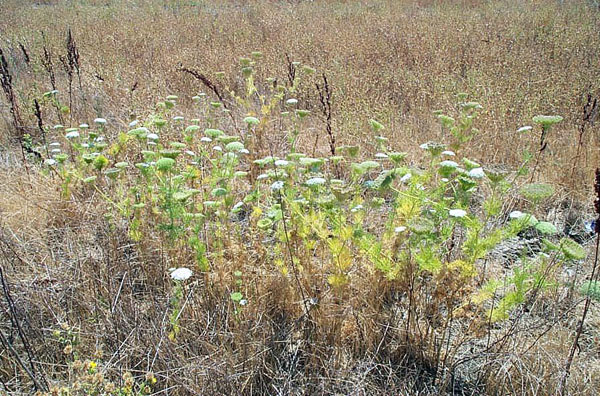 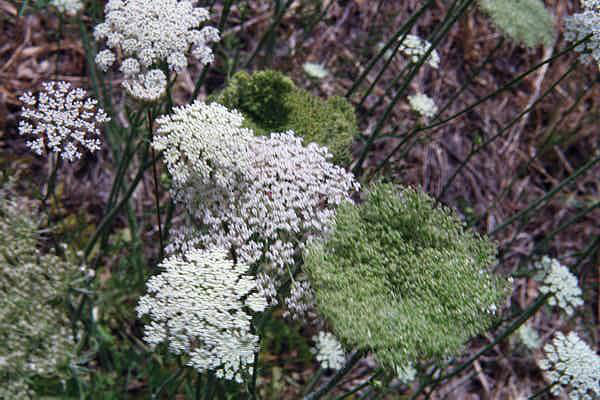 Native to Europe and introduced as a garden plant. It escaped cultivation and is now a common and problem weed throughout North America.

A biennial that reproduces by seed. Seeds germinate in the spring to form a rosette of basal leaves the first year. In the second year long seed stalks arise from the rosette, branching frequently as they grow. Foliage dies by the second winter, but flower stalks remain standing. This plant is discouraged by annual cultivation of the soil, and is less of a problem in annual crops or landscape than in areas where the soil is not disturbed.

Mature plants can be over 3 feet tall, and foliage and stems have a distinct carrot odor when crushed. Stems are erect, hollow, and with vertical raised ribs along them. Stems are hairy. Leaves are mostly at the base of the plant, with some sparsely placed leaves forming at nodes along the upper stems. Leaves are up to 6 inches long and are divided deeply into separate leaflets. These leaflets are also deeply divided into segments, and these segments are further deeply lobed, a pattern called “twice pinnately compound”. Leaf margins are hairy. Flowers are dense, flat clusters of small white flowers arranged umbrella-like at the ends of the stems. Flowers are produced from mid to late summer, and as they mature they tend to close into a loose ball resembling a bird’s nest.

A biennial reproducing from seed. Cultivation of the soil discourages their growth.