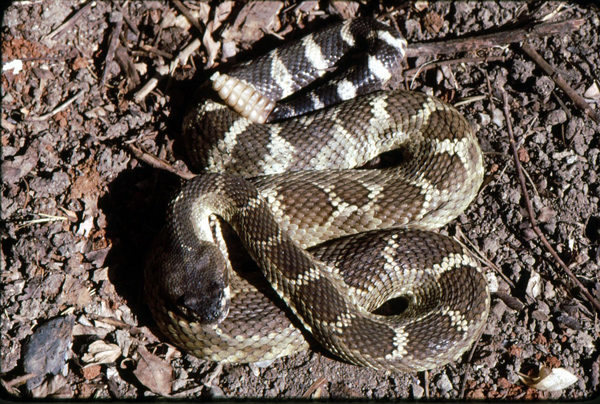 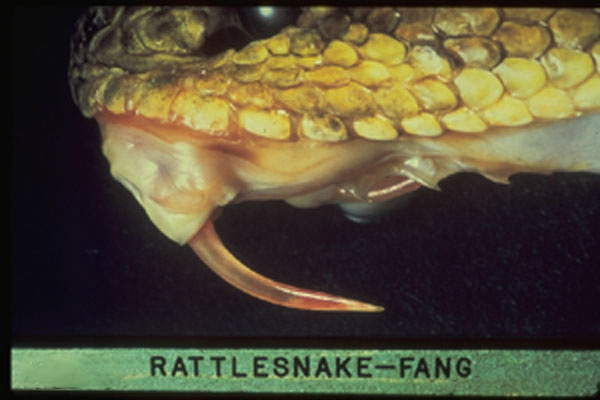 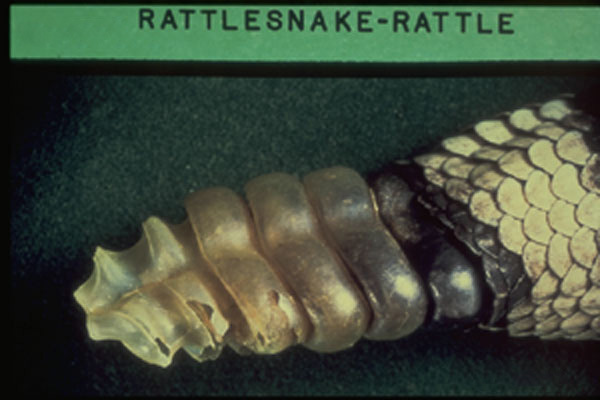 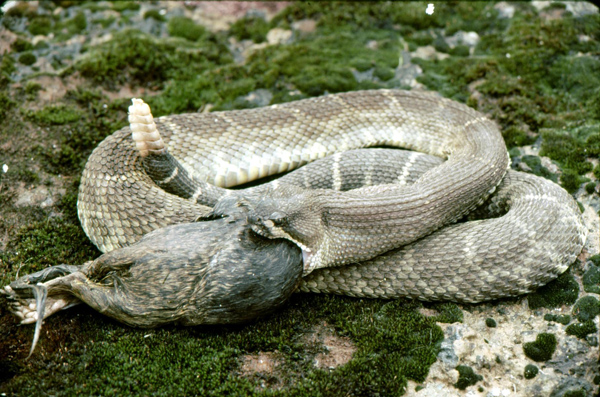 These are native snakes in North America with over 30 species and many more subspecies known.

Rattlesnakes are by far the most abundant venomous snakes in North America, with many species that range from southwestern Canada to the east coast of the U.S. and south into South America. In the U.S. most species are western and Arizona is known to have at least 17 species and subspecies. They are found in a wide range of habitats and elevations, but each species may prefer a particular habitat. Rocky areas are particularly attractive to them as it also provides habitat for rodents and other small animals that they feed on, as well as harborage for the snakes. They may be found resting on top of large rocks during cool periods, sunning themselves to absorb warmth. The venom is contained in swollen sacs at the back of the jaws, and when they strike muscles around these glands squeeze the venom through the hollow fangs. It is true that young rattlesnakes may be more dangerous than large ones due to the inability of young snakes to control the amount of venom they eject with a bite. Antivenin exists in many hospitals to counter the effect of rattlesnake venom, which is a complicated mixture of chemicals, most of which result in a hemolytic venom that destroys red blood cells and skin tissue. Some “rattlers” also have venom with a neurotoxic nature. In cool regions the snakes hibernate, often in large dens that contain hundreds of other rattlesnakes.

Mature snakes and even young ones are unmistakable with the “rattles” at the tip of their tails. These are used as a warning sound when a threat approaches, and a loud and sustained “buzzing” can be heard. Each time the snake sheds its skin it adds another “button” to the rattle. They are within a group of snakes referred to as “pit vipers” due to the presence of heat-sensing pits on their face that enable them to detect and locate prey and to strike effectively. They have expanded areas at the back of their triangular-shaped head that hold the venom, and this shape of the head is another diagnostic character for them. The colors vary greatly due to the many different species, but usually will be brown to light brown with darker patches along the top of the body, sometimes a diamond shape. Some species, however, may be much lighter in color and may not exhibit any darker markings.