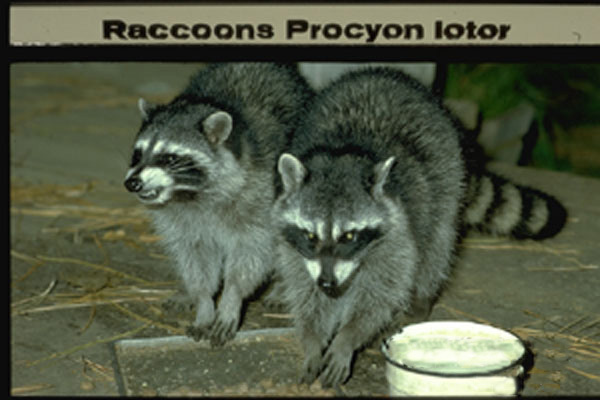 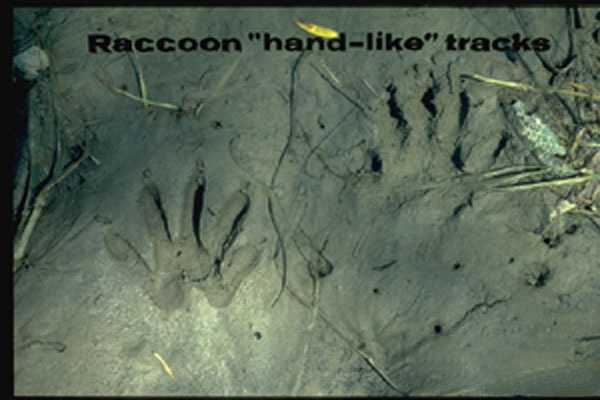 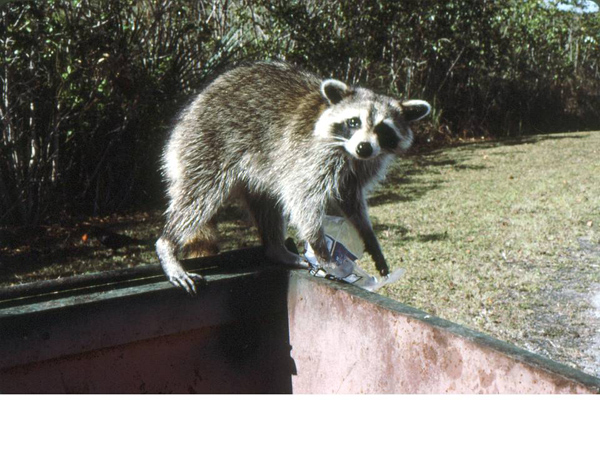 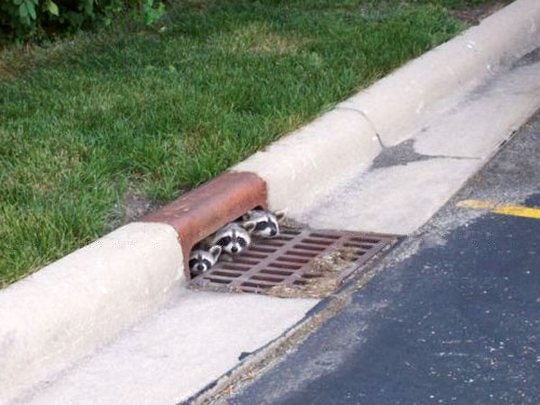 This well known animal is found throughout the U.S. and southern Canada, as well as through Mexico and into Central America. They are more common in eastern wooded habitats than in the west, but still may be locally common around urban areas of the western states. They have adapted well to living around humans and feed on pet foods, fish in backyard ponds, fruits from trees in landscape or agriculture, and many other kinds of nuts, grains, insects, reptiles and amphibians, crayfish, bird eggs, and even small rodents. They will kill and consume poultry and their eggs. They will raid garbage cans and often enter structures to hide or to raise their young. They are prone to infection with rabies and also carry a raccoon roundworm in their feces that may be transmitted to humans, with children considered to be at particular risk. Young are usually born in the spring with litter size averaging 4 young. They do not hibernate, but will find dens where they remain during very harsh winter weather, sometimes for weeks or months at a time in northern regions. They potentially may live up to 12 years in the wild, but normally survive much shorter times than that.

Adult raccoons may weigh up to 30 pounds and grow to nearly 3 feet in length. They have a stocky body, a wide, black stripe across the face that resembles a mask, and a very long and bushy tail with alternating rings of white and black fur.

Prevention is the most important control measure for urban areas. Entry points to structures must be permanently closed, including pet doors that admit them to garages or inside homes. Pet foods should not remain outside and available at night. Fallen fruits and nuts should be removed and disposed of. Fences should be maintained to eliminate holes that the animals easily pass through. Garbage cans should have tight fitting lids that may require materials in place to lock the lid on. Branches that touch or grow near to roof lines should be trimmed back to at least 3 feet away from the roof. These animals are excellent climbers and are able to climb 4x4 posts as well as corners of buildings where they can get a foot hold. Sheet metal can be used to cover corners to a height of 3 feet. Repellents used outdoors may have some benefit. Trapping raccoons is easily done, but dealing with the trapped animal may be difficult. Some states classify them as fur-bearing mammals and require the proper license or permit to capture or kill them. Releasing and relocating trapped animals may be illegal in many states, and determining what the laws are in each state will be important. 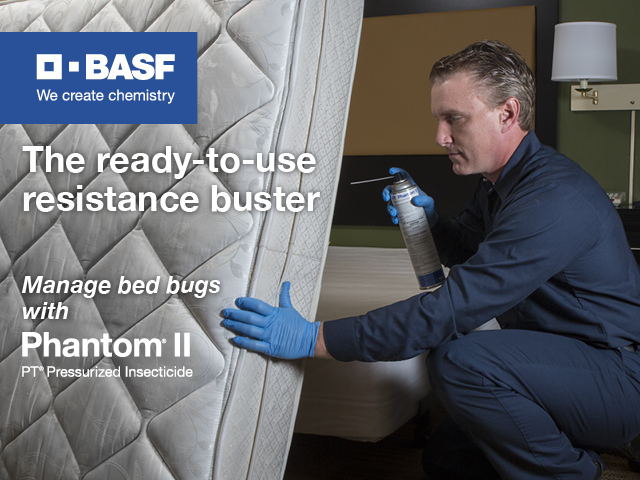