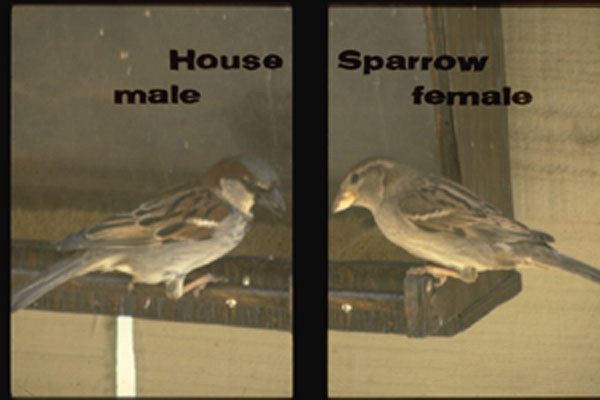 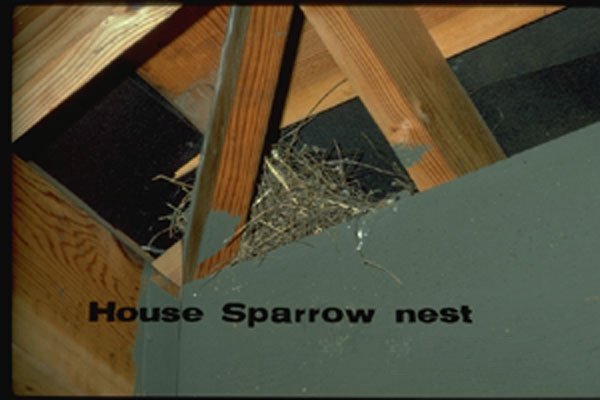 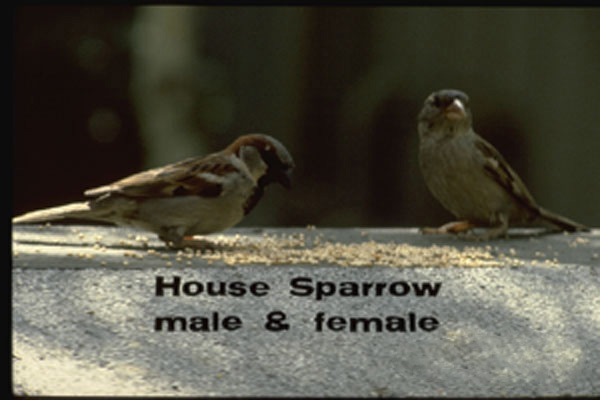 Nests are built in any location where it can be wedged into place. Constructed of string, grasses, twigs, cloth strips, feathers, etc, and generally very untidy. Nests on structures are extremely common, and may enlarge to as wide as 1.5 feet in diameter. In warm climates breeding is year round with several broods per year, always in the warmer months. An average of 3-5 eggs are produced per clutch, hatching in about 2 weeks, and the young birds can leave the nest in just over 2 more weeks. Pest status is due to the many arthropod parasites associated with pigeon nests, potential fire hazards due to the large accumulation of grassy material, and the potential for pathogens to live in both pigeons and their fecal accumulations. Major diseases include histoplasmosis, ornithosis, toxoplasmosis, and cryptococcosis. Large accumulations of droppings deface and damage surfaces, and contaminate human food and water.

A small bird less than 6 inches in length, with brown plumage that is a mix of light and dark brown stripes and bands. Males have a gray crown to the top of the head with dark brown at the back of the neck and a black patch under the beak on their chest. Females and juvenile birds have lighter brown striping and much less contrasting light and dark.

Exclusion from interior areas of structures can be done by closing openings to attics, or installing netting to prevent roosting and nesting on ledges or other horizontal surfaces. Birds may be discouraged from roosting in trees that are pruned to prevent dense crowns, and kept out of bird houses by closing openings when desirable birds are not present. As an exotic species the House Sparrow has no federal protection, and may be removed or controlled at any time, subject to possible local ordinances regarding bird control. Nests and eggs may be removed at any time.