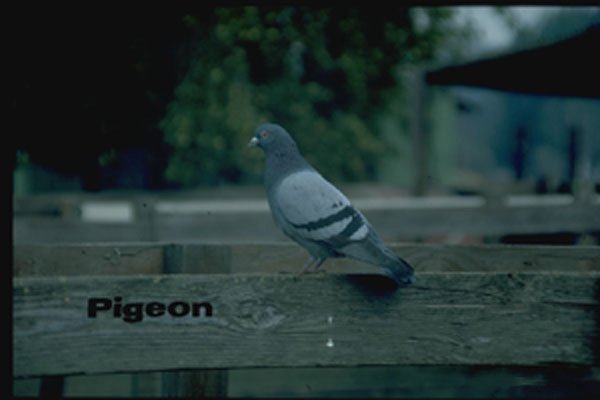 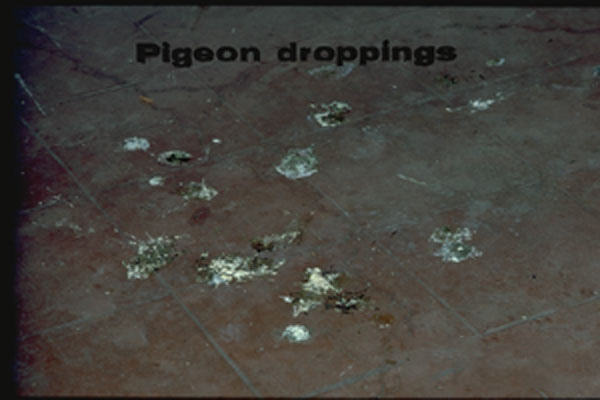 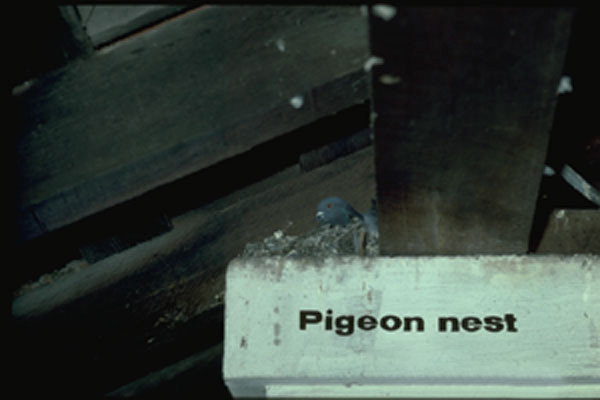 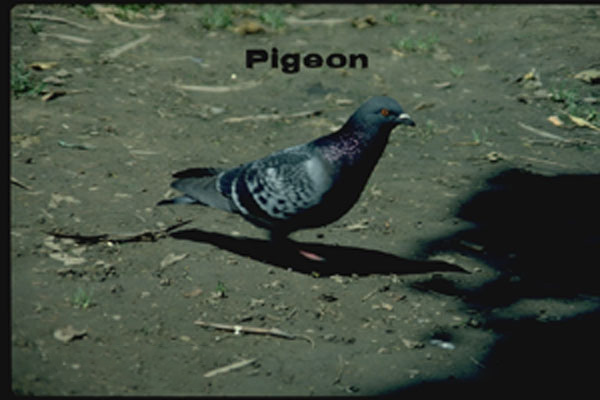 The domesticated pigeon is often called a “feral” pigeon when it returns to a wild existence, and it is well adapted for living in close association with humans and our urban areas. Enormous numbers of pigeons now live a feral life. Nests are built on any convenient ledge using twigs, string, paper, cloth, or other materials. Females commonly have multiple broods each year, with 1-2 eggs per brood, an incubation period of less than 3 weeks, and the young leaving the nest in just over 1 month. Average life span is 5 to 7 years, but capable of over 15 years. Pest status is due to the many arthropod parasites associated with pigeon nests, and the potential for pathogens to live in both pigeons and their fecal accumulations. Major diseases include histoplasmosis, ornithosis, toxoplasmosis, and cryptococcosis. Droppings deface and damage surfaces, and contaminate human food and water.

A large bird of variable coloration. Wild birds are normally mixed dark and light gray, rump is white, tail is rounded and with a dark tip. Wings are pale gray with 2 black bars across them, and are broad with pointed tips. Often with a violet iridescence around the neck. Nests are large and messy, and constructed on ledges or other protected locations of structures. Nests are often reused, with an accumulating fecal layer that turns the nest into a hard, pot-like structure that may even include old eggs and dead young.

Feral pigeons are not protected by any federal or state statutes, but control may be subject to local ordinances and public opinion. Generally speaking they may be controlled in any manner at any time. Dispersal of flocks is effective with Avitrol, but long term elimination of them from structures should rely on exclusion to prevent their ability to access ledges and other roosting and nesting locations.