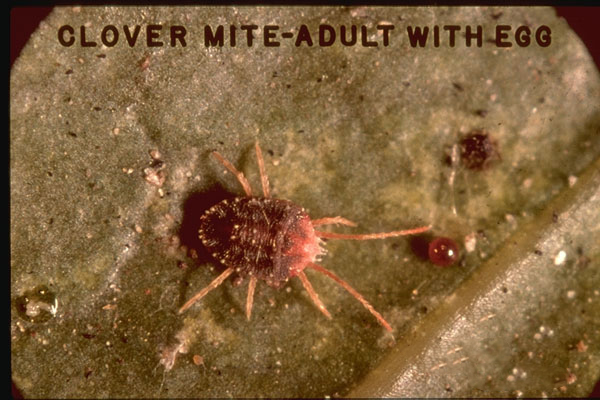 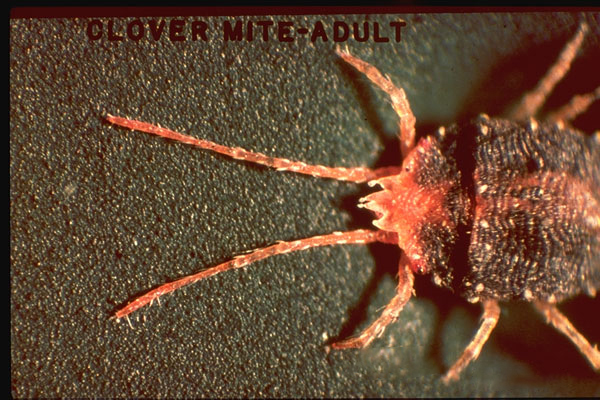 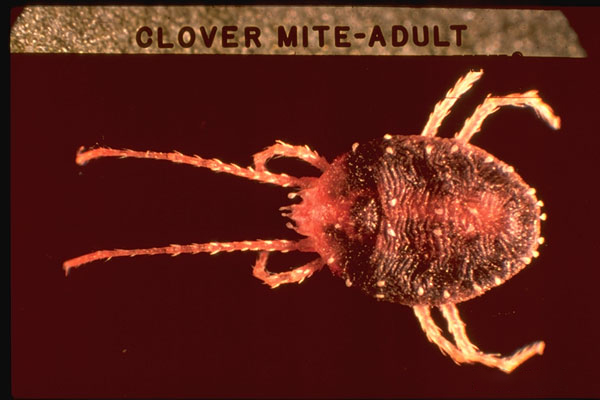 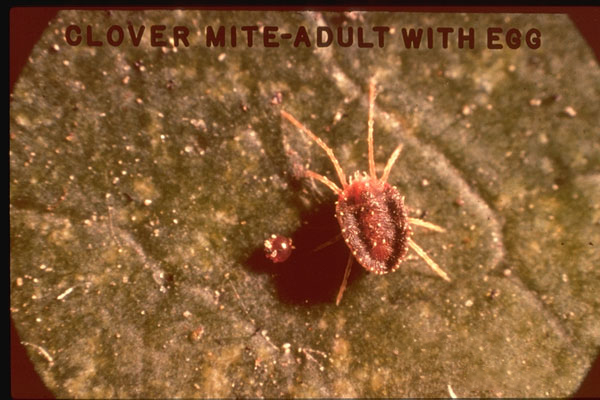 This is a native species of mite in North America.

The mites in this family are primarily plant parasites, and many of them are serious pests of crops and ornamentals. The clover mite feeds on many kinds of trees, shrubs, bedding plants and turf, but does not bite humans. It becomes a problem when it invades structures in large numbers, especially during warm periods of the year. When crushed they leave small red stains on the surface. No male clover mites have been found, with females reproducing by parthenogenesis. Reproduction is rapid, with hundreds of thousands of mites being produced in a very short time. Eggs are laid in cracks on almost any surface, including trees and the outside of buildings. All stages of the mites may overwinter, although the egg stage is the most common.

The clover mites are easily distinguished from other mites by the relatively large size – 1 mm – very round, red body, and extremely long front legs that are held directly out to the front.

Inside invasions can be controlled by vacuuming or applications of a residual pyrethroid insecticide. However, due to the staining potential of these mites indoors it is better to prevent entry. Reduction of their populations outside can be done with applications of a labeled product on the infested foliage, as well as with perimeter applications around the exterior of a building to intercept migrating mites. Maintaining a strip of bare ground, without vegetation, around the perimeter of a building also helps to discourage their presence near the structure.