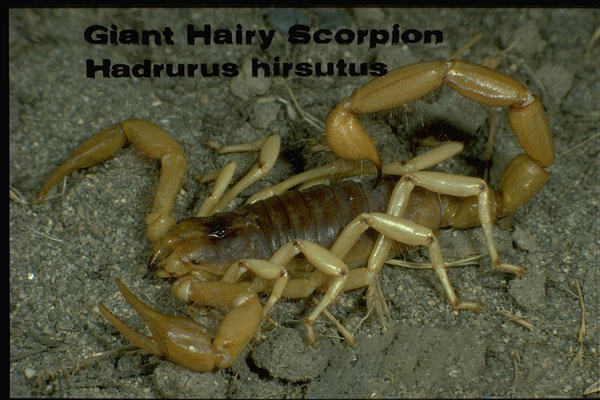 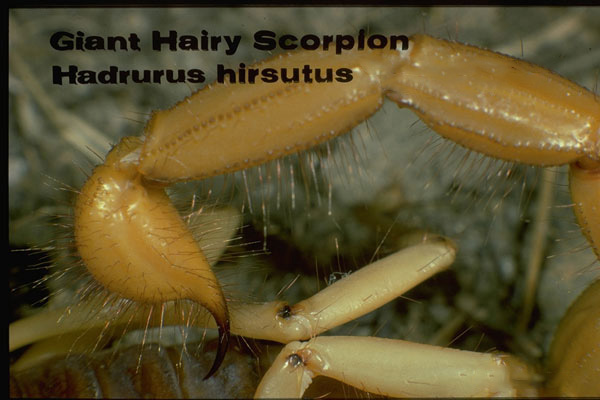 This is a native species in the Sonora and Mojave Deserts, ranging from southern California to Arizona and into southern Nevada and Utah, then south throughout much of northwestern Mexico and the Baja. It is adapted to hot, dry conditions.

Because of its size this scorpion readily preys on other scorpions, most insects, and even small lizards and snakes. This species prefers to create deep burrows to hide in, some as deep as 8 inches, and from these it emerges at night to hunt. Females retain their eggs with the young born within them, and as the first instar nymphs emerge they are guided up onto the back of their mother, where they remain for the first 3 weeks. From 25-35 young may be normal and the adult scorpions may live up to 6 years. The venom is considered to be relatively mild and about as painful as the sting of a honeybee. However, some people may react more violently to the venom and medical care may be called for.

This is the largest species of scorpion in the U.S., with mature adults growing to over 5.5 inches long from tip of tail to head. The legs, claws, tail appendage, and underside are all a light yellow color while the top of the cephalothorax is a light brown. The body is covered with a light layer of fine, short hairs used to detect movement in its environment.

An unusual feature of scorpions is that they will glow a light blue color when exposed to ultraviolet light at night, helpful when inspecting for them. Removal of harborage on a property is extremely important in their management, as these scorpions tend to prefer to hide under objects on the ground rather than burrow into the soil. Exclusion to prevent their entry into structures also is extremely important and should be a part of the overall management program. Residual contact insecticides applied to their likely hiding places will kill the scorpions, and treatments around the perimeter of a structure, focusing on likely entry areas, can be helpful.