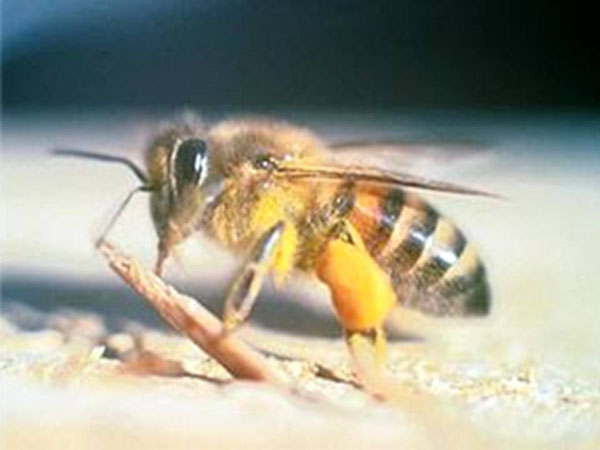 The AHB originated in Africa and came to the U.S. from South America.

There are about 28 subspecies or geographic races of the “honeybee”, Apis mellifera, which originated in Africa and migrated northward into Europe and Asia. This race is possibly the most aggressive of them, but all races can interbreed with one another. The AHB was deliberately imported into South America in 1957, but then moved on its own steadily northward, eventually entering Texas in the early 1990’s. It has since expanded in the U.S. and now is found from southern California to Florida. Workers are extremely defensive of their colony and will rush out by the thousands to attack a perceived intruder. Reports state they will chase a person or a dog up to a quarter of a mile or further in their attempt to attack. They tend to swarm more frequently to establish new hives and may invade and take over existing hives of the European Honeybee (EHB).

The AHB is virtually identical to the EHB without examination of internal organs by an expert. The workers are about a half inch long and are various shades of brown and black colors, with very dark head, legs, and antennae. They are densely covered with short, pale hairs. The antennae are bent at their middle, or “elbowed”. The mouth is an elongate tongue formed by several parts, and enables the bees to reach into fairly deep flowers to take up the nectar there. The bees have 2 pairs of wings, separating them from some similar flies that mimic the bee’s appearance.

Attempts at elimination of a colony of the AHB should be done only be properly trained individuals, as improperly approached could create a serious hazard to people or pets in the area. Swarm traps are available for capturing swarming bees and queens. When the bees do attack it is important to leave the area quickly and to get indoors if at all possible, as the bees become disoriented indoors and may halt the attack.