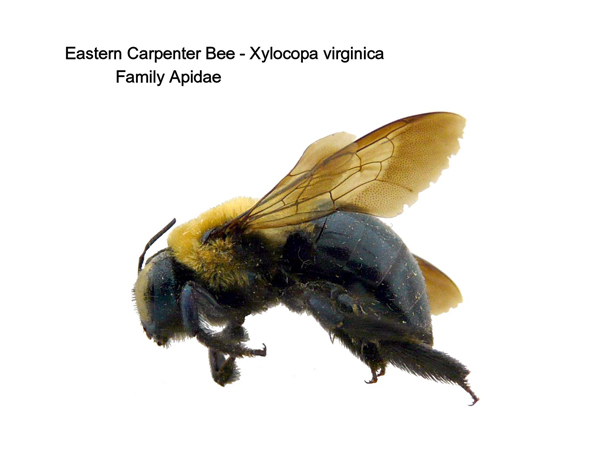 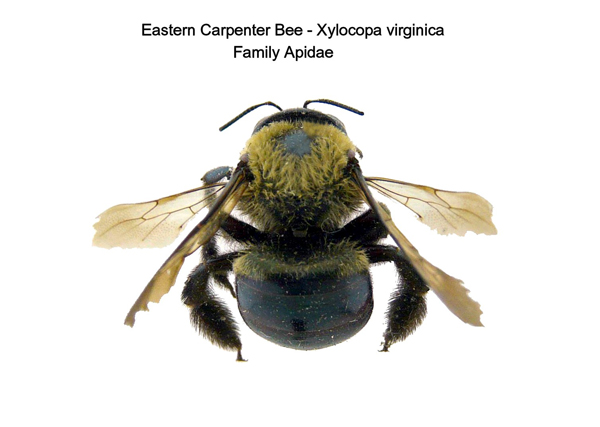 This is the most common species of carpenter bee in eastern North America. It is a large species with adults up to 1 inch long, with both males and females deep black and shiny, but with the thorax covered by a layer of short dark yellow hairs. They may be separated from bumblebees by the relative lack of hairs on the abdomen, as well as by their more rapid, erratic flight habits. Damage from these bees is hidden within the wood, often with only the round entrance hole visible. Within the wood the galleries extend with the grain of the wood, and are almost perfectly round, ending with the cells in which the larvae develop.