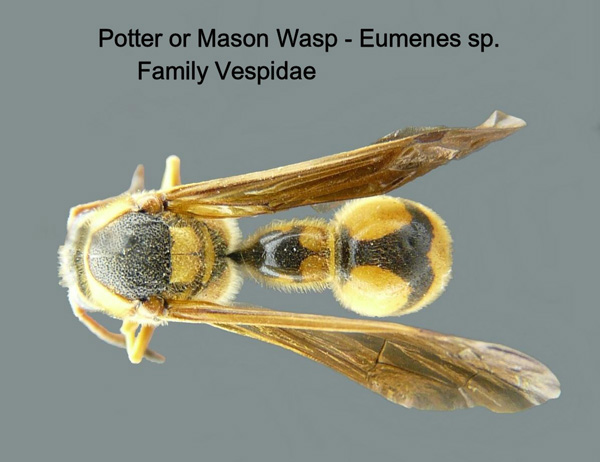 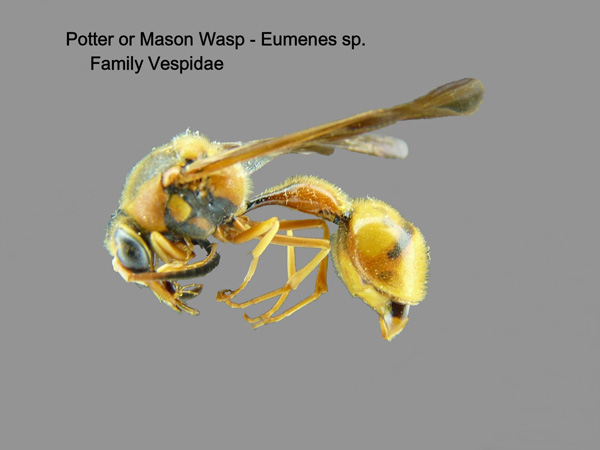 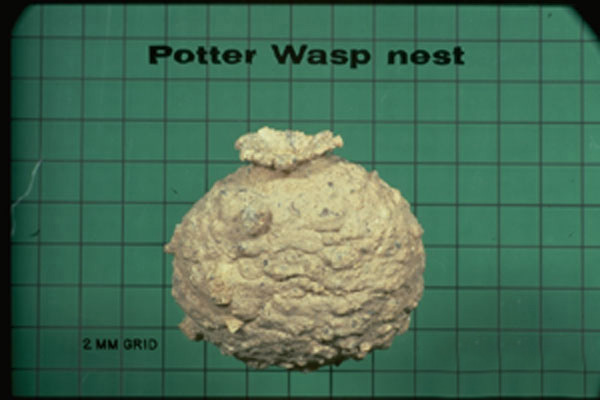 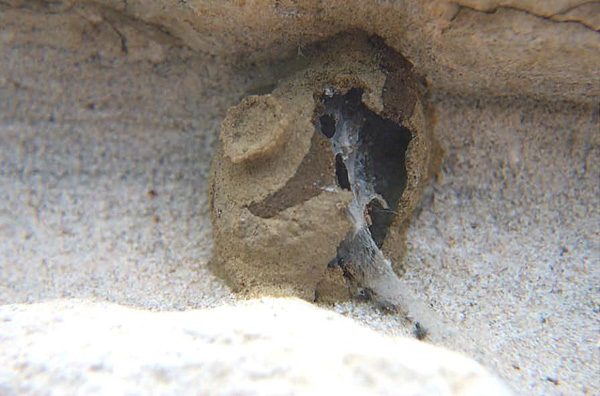 This fascinating group of wasps is placed in the same family as the social paper wasps, but these are solitary wasps that make their nests from mud. Each “nest” strongly resembles a small mud pot, including the flared lip around the entrance, and within each pot a single egg is laid and the pot then provisioned with paralyzed caterpillars that the adult female wasp has gathered as food for her larva. Beetle larvae and spiders also are known to be preyed upon. The mud pots may be constructed with a hole in the soil or some other hidden cavity, but often will be within convenient grooves around a structure, such as sliding window tracks. The adult wasps feed on nectar and females are capable of stinging but would do so only in self-defense.

Adult wasps strongly resemble yellowjackets and some umbrella wasps and the difference may be difficult to distinguish in the field. In the genus Eumenes the adults generally have a peculiar constriction on the abdomen at one third its length. They vary in size but generally are no larger than ½ inch and are black or dark brown with yellow markings.

These are highly beneficial predators that should never be harmed, and their “pots”, when found, should be left alone until fall, when the new adults will have left them. The chance of being stung by potter wasps is extremely low.