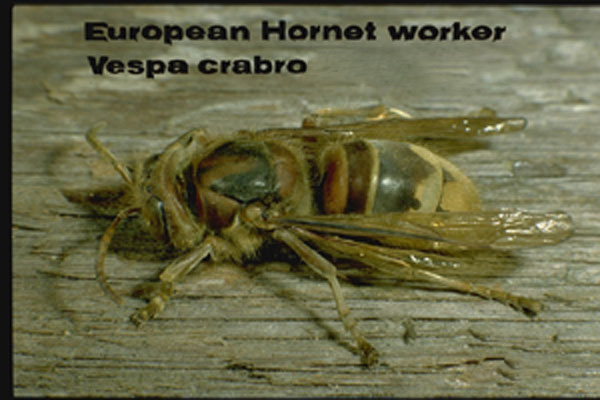 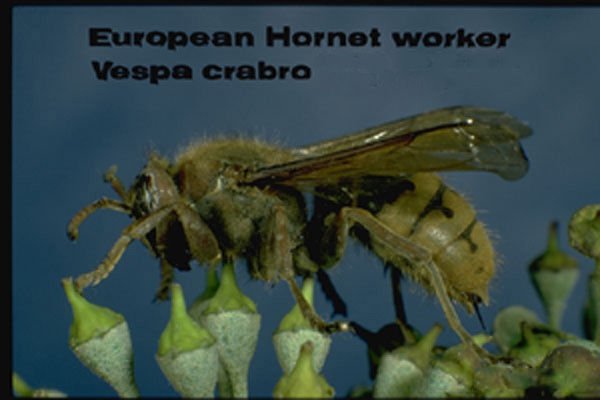 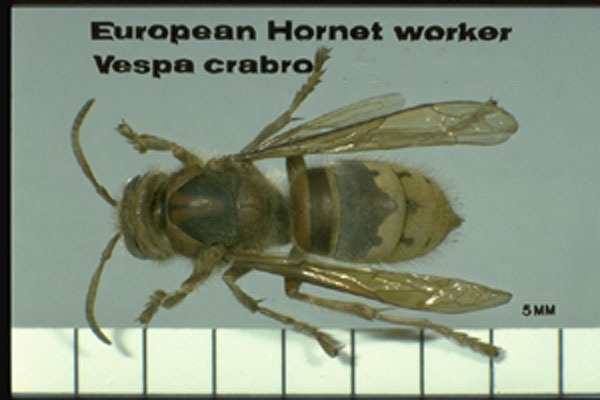 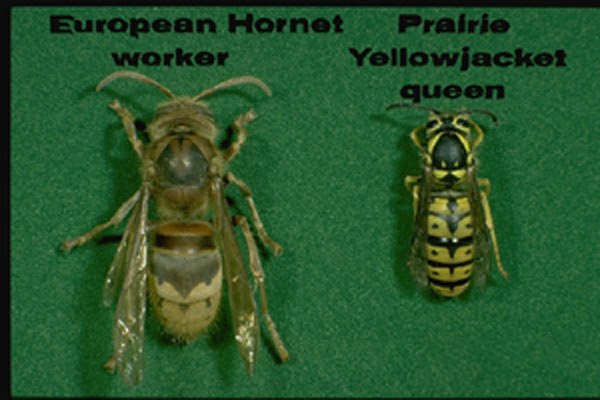 This wasp is native to Europe but found its way into North America by 1840 and now can be found throughout the eastern half of the United States and into southeastern Canada.

This imported species is similar to common yellowjackets but is considerably larger and has reddish brown patches and lines on the head, thorax, and abdomen in addition to the typical yellow markings of yellowjackets. While it can be very aggressive toward people near its nest or even around favored food resources, in many European countries they are offered legal protection, with heavy fines given to people who harm them. The sting is reported to be very painful and for the pain to last several days. Other problems include damage to domestic honeybee colonies as the wasps prey on the bees, damage to fruit on trees from wasp feeding, and even girdling of small plant stems as the wasps gather nest materials. As with the related yellowjackets the fertilized females overwinter and begin their own new nest in the spring, with the entire colony collapsing in the fall and nests rarely continuing through the winter. The maximum size of a colony by the end of a season is about 1000 workers, with 300 workers more normal. They may be active at night and are attracted to lights and lighted windows.

The workers in the colony are about 1 inch long and queens larger than this. Nests are typically placed within voids such as hollow cavities in trees or within wall voids, and they rarely make nests that hang from other surfaces in the manner of the bald faced hornet or yellowjackets. Adult wasps have black on the thorax and front of the abdomen but also with large patches of red-brown on the legs, head, thorax, and front of abdomen. The front of the face and much of the abdomen have yellow in patterns very similar to yellowjackets. The workers are said to be less aggressive than typical yellowjackets and prefer to back away than to enter a confrontation with humans.

Because of the heavy predation of insects by these wasps they may be considered to be beneficial, and tolerated where the nest is not close to homes or human activity. Food for their larvae includes caterpillars, crickets and grasshoppers, and even other yellowjackets. Locating the nest and treating it directly is ideal, with removal of the entire nest done once the workers are dead. If the nest is in an inaccessible location an insecticide can be applied to the entrance that will provide kill of the workers, queen, and larvae within the colony.