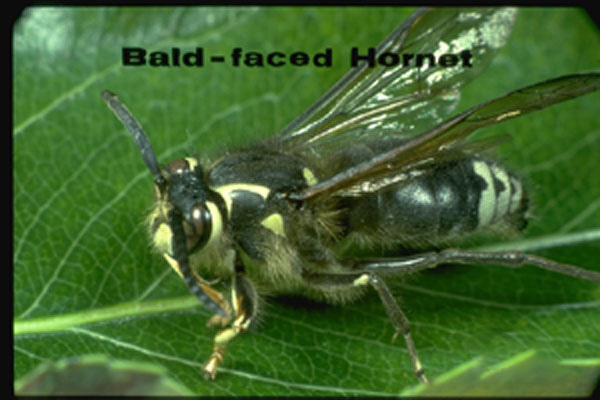 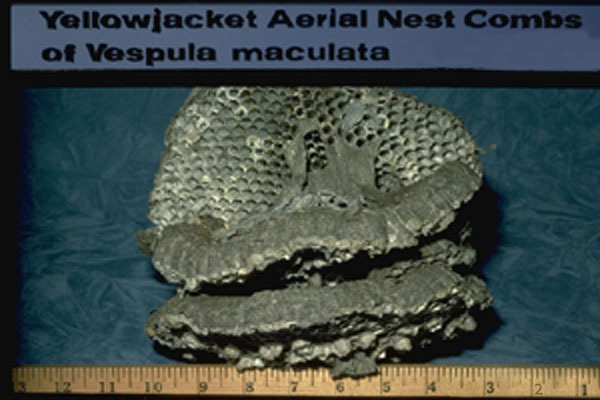 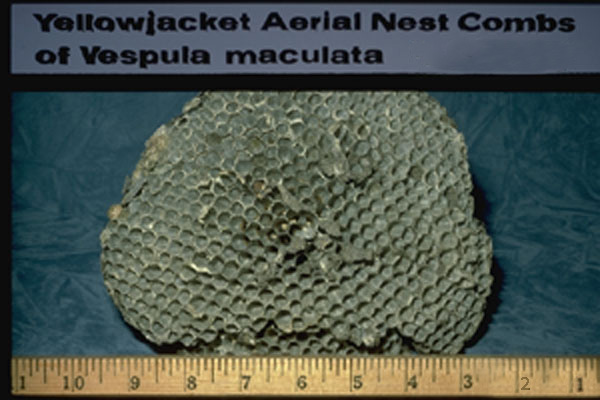 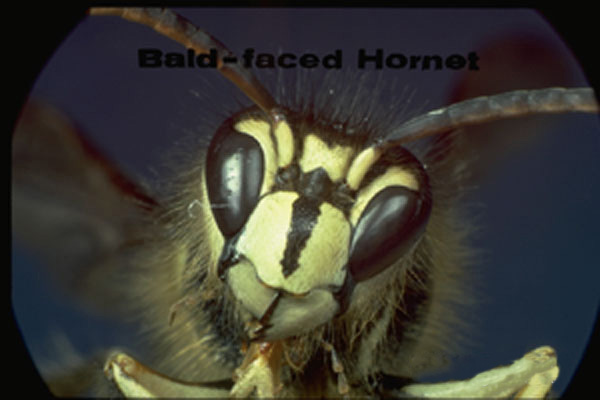 This is a native species that is found throughout North America from southern Canada to Mexico and in all states of the U.S. It may be most common in the Southeast U.S.

This large paper wasp is a close relative of yellowjackets, but has workers of a much larger size and color. It creates large football-shaped paper nests that hang from branches of trees, eaves, and other horizontal surfaces, and tends to restrict its nesting to outdoor areas. The workers will aggressively defend their nest and attack anyone who approaches, stinging repeatedly if necessary. While they tend to restrict their diet to other insects they have been seen scavenging on dead meat. Like other social paper wasps the colony is initiated in the spring by a fertilized queen that overwintered, starting her own nest with a small batch of eggs. When these become mature adult workers the initial queen settles into a life of only laying eggs and allows the workers to tend the larvae, gather all food, and enlarge and defend the nest.

The adult wasps are nearly 1 inch long and an overall dull black color with white patches around the end of the abdomen. There are additional white patches on the sides of the thorax and front legs as well as the “face” and sides of the head, giving this wasp its common name.

It is unlikely that these wasps will be drawn into traps or attracted to bait. Their nest must be dealt with directly and should be approached only by someone wearing all of the proper clothing to protect against stings. Since the nest normally is enclosed it is necessary to somehow break that covering to treat within the nest. The use of an extended-reach duster or aerosol applicator could permit breaking through the outer cover of the nest to apply the insecticide liberally to the interior to kill adult wasps. The nest should then be removed and disposed of.