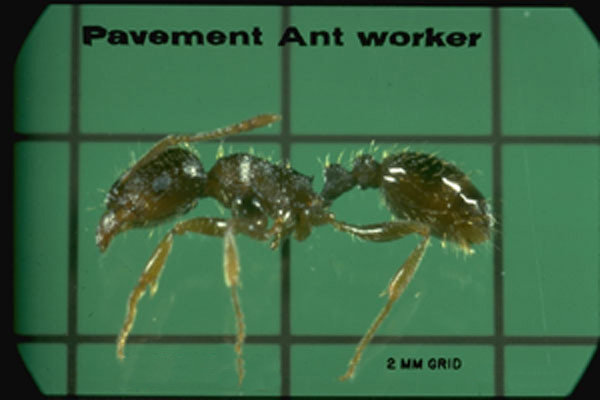 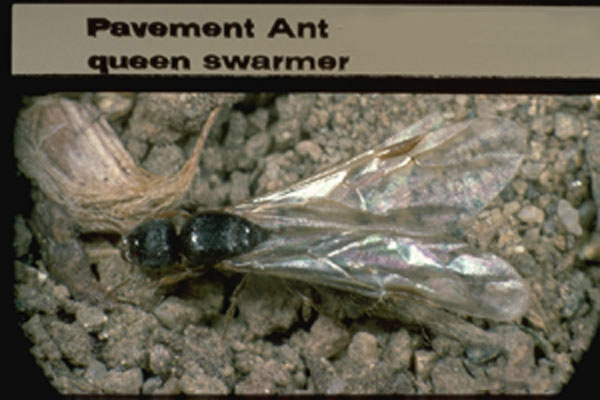 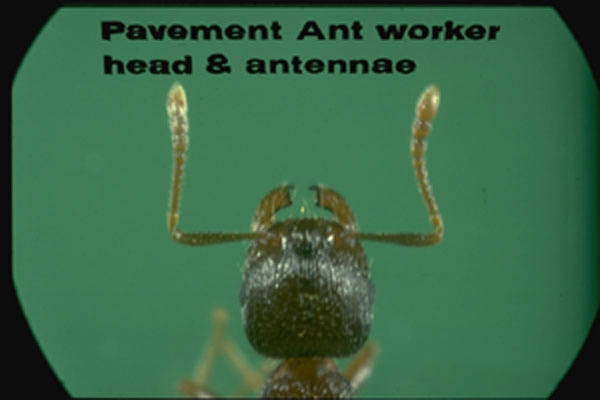 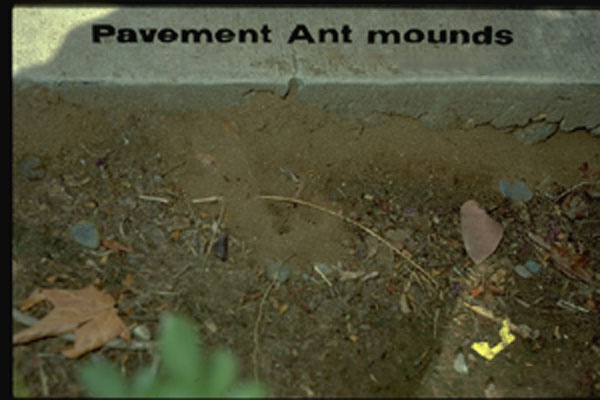 Believed to originate from either Europe or Asia, but found commonly throughout the east coast states and California, and less commonly in the Midwest.

The common name of these ants is derived from their habit of creating nests under asphalt or concrete slabs, pushing small mounds of soil out through cracks and expansion joints. The nests are usually very shallow, and may also be found under debris or objects on the ground, as well as within structures near heat sources in the winter. Activity is generally begun at dusk or later, and the workers forage commonly within structures, where they may feed on greases, pet foods, or sweet materials. Outdoors they feed on honeydew, fruits, or other materials. Swarming is most common in the spring, with large numbers emerging from numerous colonies over a period of several days. They are attracted to lights and may find their way indoors at night.

This is a double-node ant, shiny black, and about 3 mm long. It has a small pair of spines at the back of the thorax and it is capable of stinging, even though the workers are fairly slow moving. The workers are easily identified using magnification, to see the distinct lines on top of the head, running from front to back. Swarmers often are confused with carpenter ants, but are easily separated due to the 2 nodes, rather than a single node as is the case with carpenter ants.

Along with cleanup of potential food sources both inside and outside the structure, pavement ants are easily controlled by locating the colony and applying a residual dust insecticide into it. Colonies are usually very shallow and found by the small mounds of dirt pushed out onto the surface above. Bait products also seem to be accepted by the workers and will be effective.