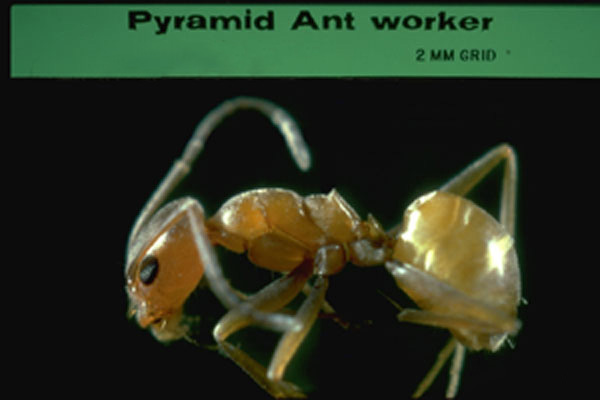 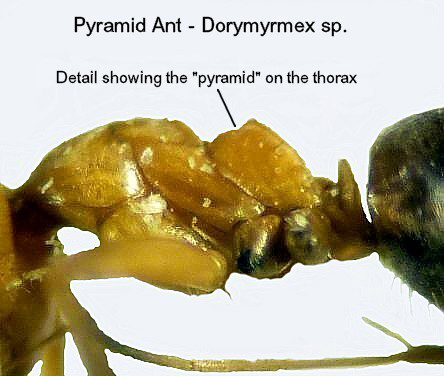 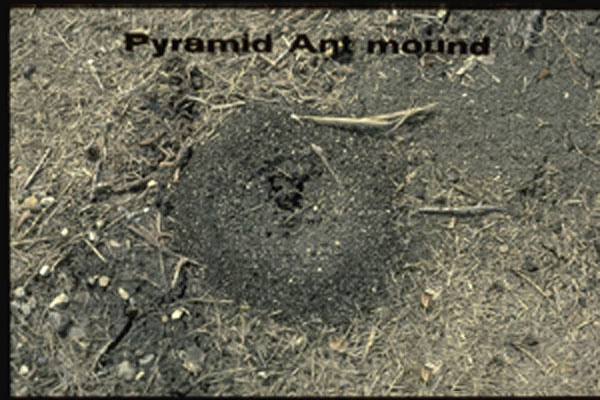 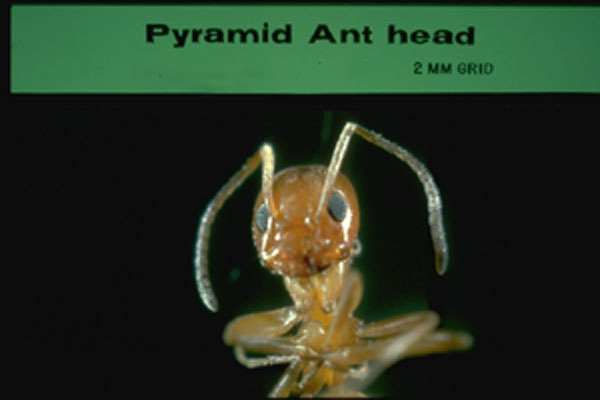 Several species of these native North American ants occur here, most often in the warmer southern half of the United States.

The pyramid ants are so named due to a single, conical projection on the top of the thorax. They are single node ants which nest primarily in the soil, either in open areas where a circular crater forms around the nest opening, as well as under rocks or logs or other debris on the ground. They do not often invade structures, but may do so occasionally while searching for food. Outdoors they feed on living or dead insects, and are very fond of honeydew from plant feeding insects. Colonies are small, with only a few thousand workers.

These are single-node ants which are readily identified by the presence of the “pyramid-shaped” projection on the top of the metathorax on the workers. There are two principal species that are very similar, with colors varying from dark brown to brown with a reddish head and abdomen. Workers are all the same size, about 1/8 inch long, and their antennae have 12 segments without a terminal club.

Control of most ants includes correction of the attractions that drew them to a property, including harborage sites, food sources, and moisture conditions. Elimination of insects that provide protein or honeydew sources reduces ant foraging in an area, very important for this species, and cleanup of unnecessary debris or objects on the soil that provide harborage eliminates nesting. Ant bait products in granular, liquid, or gel formulations can be effective, and carbohydrate baits may be preferred.