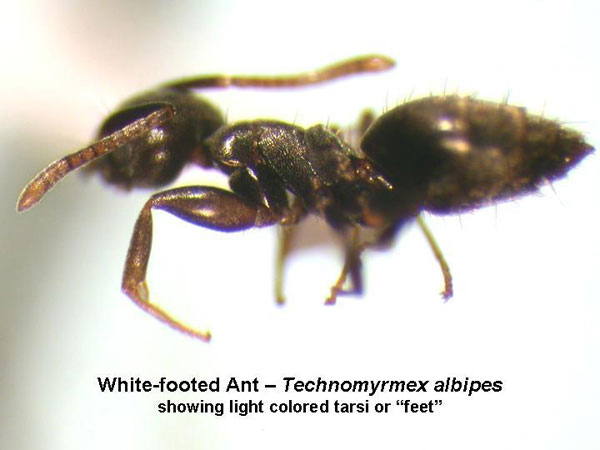 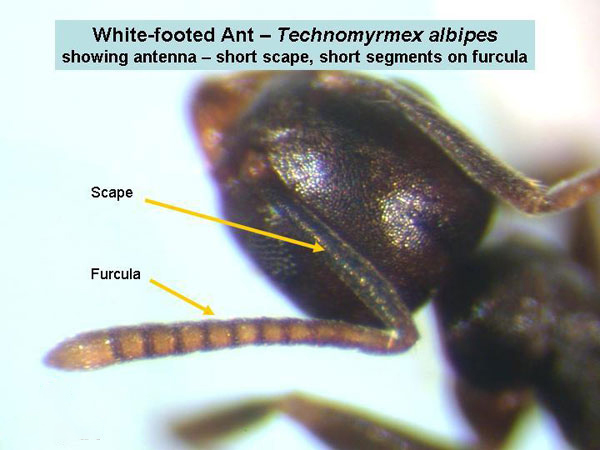 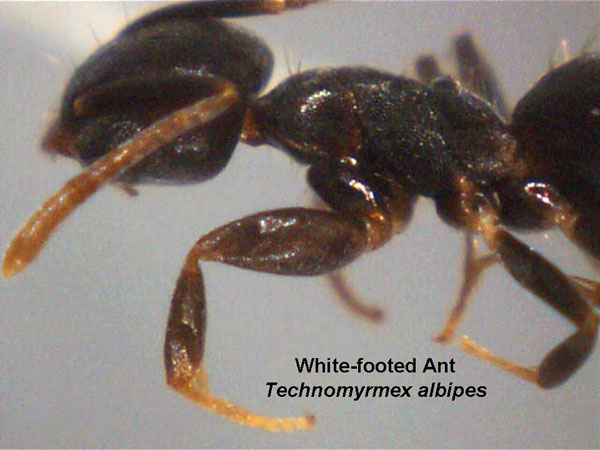 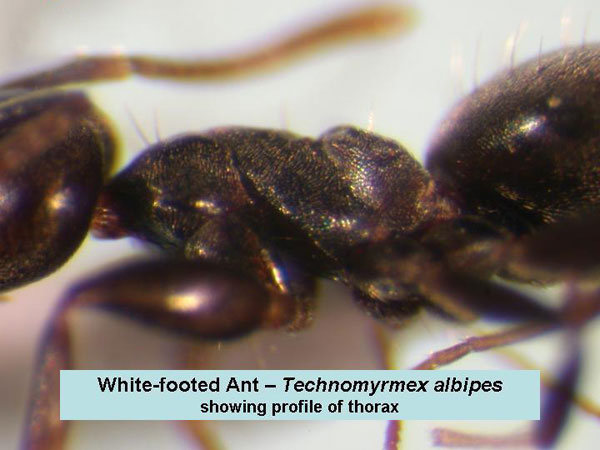 Native to Southeast Asia and possibly the Australian region, but now spreading throughout much of the world. It is common in Florida and Hawaii and has been found as far west as California.

This is a very important ant species, with colonies and their connected satellite colonies that may have several million adult ants in them. This includes many thousands of potential reproductive ants, and new colonies are begun by both swarming flights and by budding. Nests are commonly created above ground in trees or thick shrubbery, as well as stumps or hollow logs. Sweet foods are their primary nutrition, and unlike almost all other species of ants they do not share food from larvae to workers. Instead, sterile workers produce an abundance of unfertilized eggs and this constitutes much of the colony food, making bait formulations of pesticides an unlikely control method.

These are single node ants about 1/8 inch long. Their overall color is dark brown to black, but they have distinctly white tarsi on all their legs, giving them their common name.

Baiting is less effective with these ants than with almost all other species, and locating the nest and treating it directly become much more important. Workers trail along established pathways, and these can easily be seen and treated as well. A residual, non-repellent insecticide may be a good choice.