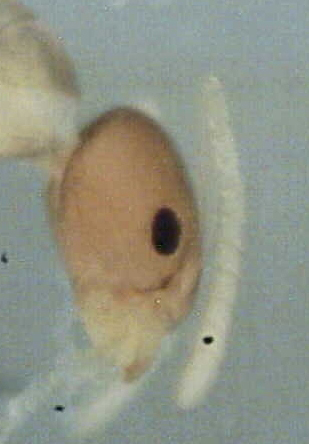 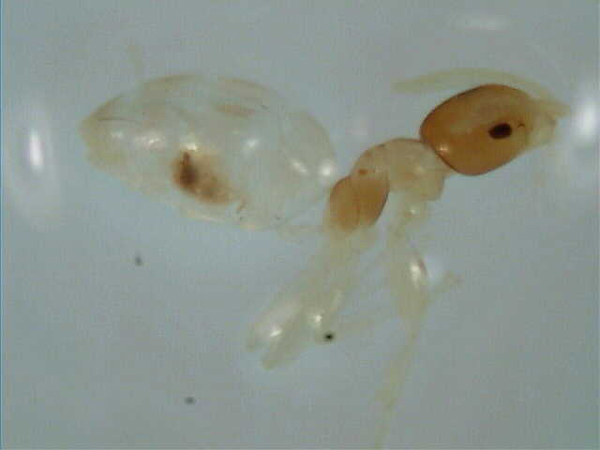 Probably tropical in origin, as it is found in Hawaii and Florida, as well as on occasion in greenhouses in other states.

This tiny ant derives its name from the difficulty in seeing it, due to its small size and light color. When found it will be in a warm, humid habitat, and its presence outside of Florida or Hawaii is likely due to infested soils in plants that are shipped. It is primarily an outdoor species, nesting in virtually any crack or small void it can find, including under bark or in hollow trees, under logs and other debris on the soil, or within structures in any suitable void. Colonies may contain several thousand workers and numerous queens, and new colonies are probably begun by budding from a parent colony. Foraging by workers is done along established trails, particularly where foliage and branches touch the structure. Workers run rapidly and somewhat erratically. Foods may be dead insects or sweet materials.

Workers are very small, only about 1/16th of an inch long. Their abdomen and legs are a very pale yellow and the head and thorax are darker, with a shadowing of black over them. There is a single node but it is small and hidden against the abdomen so that it appears as though no node is present. This species is closely related to the odorous house ant, and gives off a similar unpleasant odor when crushed.

Control of most ants includes correction of the attractions that drew them to a property, including harborage sites, food sources, and moisture conditions. Elimination of insects that provide protein or honeydew sources reduces ant foraging in an area, very important for this species, and cleanup of unnecessary debris or objects on the soil that provide harborage eliminates nesting. Ant bait products in granular, liquid, or gel formulations can be effective, and protein baits may be preferred. Treatment of structural voids where the ants are nesting, using a residual dust insecticide, are effective.