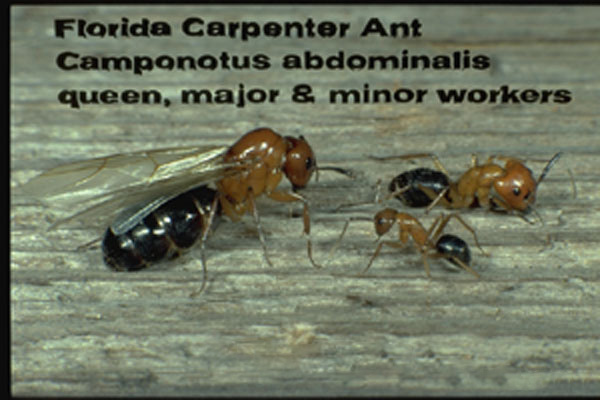 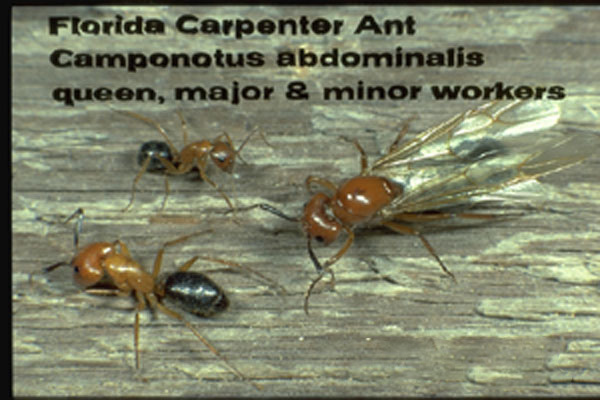 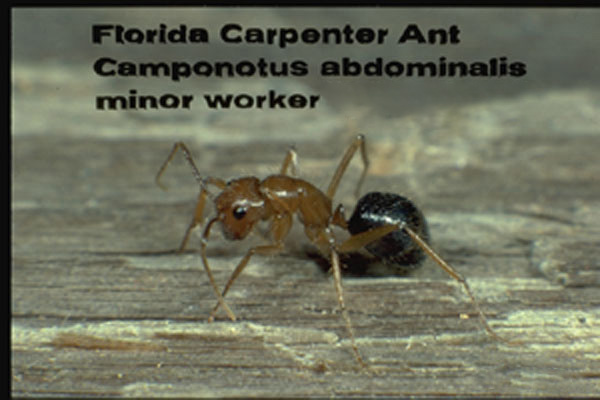 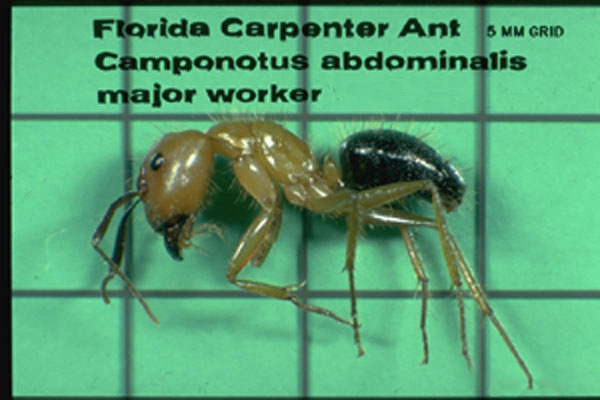 These are native species in Florida and nearby states.

This species is just one of several found in Florida but is one of the most common found around residential areas. The usual habitat of a colony of carpenter ants is within wood, often wood buried or partially buried in the soil. They also commonly establish “satellite” colonies that may be in a structure, maintaining contact between the two colonies with the workers who travel to and from over well-defined trails. Generally there is a single queen in the colony but often supplementary queens as well. Colonies typically are around 15,000 workers when mature, but potentially could be over 100,000 workers. Foods are both carbohydrates and protein, with insects a major part of the diet. As they expand their colony they eject “frass”, which is wood chips and other debris such as leftover insect parts. This frass is often seen in structures before the ants are, as they are primarily nocturnal in habit. Carpenter ants are also typically polymorphic, with various sizes of workers in the colony.

Two characteristics that distinguish carpenter ants are the "ring" of short hairs around the anal opening and the evenly rounded profile to the top of the thorax, which then tends to drop off vertically down to the thin waist area. There also is only a single node and no stinger is present. Workers vary from 5.5 to 11 mm long and winged females may be much larger at 20 mm long. The head and thorax are orange to reddish-orange and the abdomen is black. Typical damage in wood is large cavities that move with or across the grain of the wood, and the visible evidence of this work as "frass", or tiny bits of wood and sawdust broken off by workers and then discarded and pushed out of the colony to show on horizontal surfaces below.