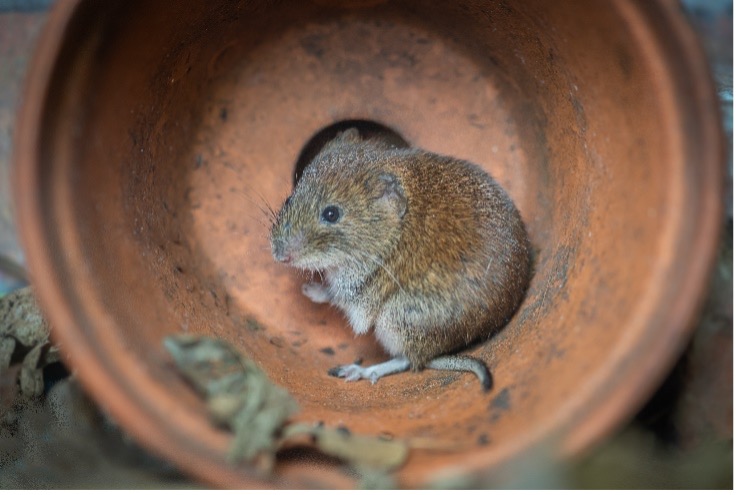 Voles belong to a group of rodents containing many species collectively referred to as meadow voles. Although they look like mice, voles are generally stouter with shorter ears and tail. They behave differently from mice as well and usually stay outside of structures. Voles live underground in shallow burrow systems and are poor climbers.

Voles feed on plant roots and stems and tend to damage turf and ornamental or garden plants. They are prolific breeders and their populations can peak about every four to five years. This is when most of their damage occurs around structures. Their burrow openings are connected by well-traveled runways, which also ruin the appearance of lawns.

Voles can be trapped with mouse snap traps baited with peanut butter or apple. To be successful, a trap must be placed at a right angle to the runway with the trigger on the runway. Pelleted rodenticide baits labeled for voles may also be applied into burrow openings. Bating voles, whether with food or rodenticide, may be more successful from fall to early spring when their natural food sources are less available. 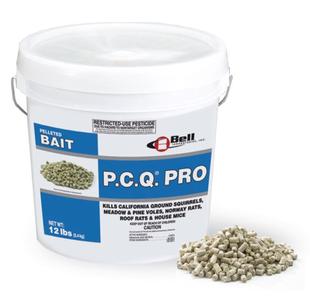